We’re getting reports from an increasing number of people who have seen significant benefits in terms of pre/post testing of biological age (reduction measured by epigenetic tests or Levine Phenotypic Age calculations) which, while still just anecdotal, reinforces the idea that rapamycin has some significant anti-aging effects in humans, just as it has had in every other organism its been tested in the past two decades. For more examples and discussion on this topic see our thread here: A Friendly, Biological Age Reduction Competition?

Following are the instances I have heard of, or members who have reported the results to me. 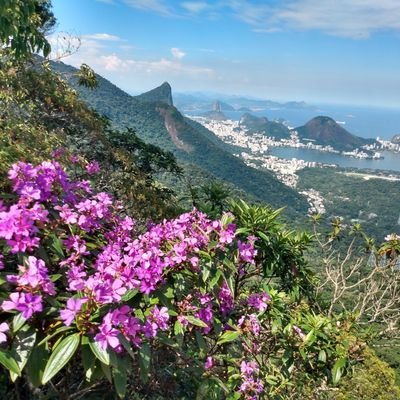 @guilherme_paiao
Small rapamycin update. A tad over 2 months since start,@5mg/week for now (70kg). Bloodwork is better than before rapa. SE: 2 mouthsores (one nastier). Glucose and insulin nicely controlled (but I am taking acarbose as well). Lipids a tad higher. 1/n

@guilherme_paiao
Two chronic pains went away after 5mg (months long hip pain from running over my ideal weight) and neck pain (since late 2020; after sleeping in a bad position). 41.5y. My biological estimation went from 30/31y (Nov 21 and April 22) to 25y, according to longevityadvantage.com/mortality-scor…

I recently got my second Levine bioage result since starting rapa in early October, 2021. I also took a look at my data for the last five years to see any trends and note the variability. The data was sometimes incomplete (damn 2020), so I interpolated between tests. I also held fasting glucose constant because mine is highly variable day-to-day, which makes the results only valid as a comparison over time. Result: 4 months after starting rapa, by bioage was reduced almost 5 years, and maintained that reduction at 7 months. (Source this post here)

Recently, a doctor who emailed me reports:

I have been using rapamycin for several years and now opening my practice to local patients as well as telemedicine patients. My epigenetic test recently had me 18 years younger than my stated age (TruDiganostics) using the rapamycin.

From our member @Uppereast69 :

… my calculated bio age was 40 years younger.
I’ve been tracking those biomarkers for at least five years and used a different formula for biological age. The gap has definitely grown since starting rapamycin. My thought is that those estimators are heavily influenced by two things: overall inflammation and the health of the cardio system. I have an extremely low CRP score, which I put down to 1. good genes 2. lifelong runner 3. ectomorph with BMI of 20 4. 31 inch waist (believing that belly fat is where the inflammation tends to accumulate) 5. supplements such as beta-glucan to reduce inflammation 6. making sure the gut is healthy with LOTs of fiber feeding the bacteria there 7. frequent saunas (see dr. Rhonda Patrick on saunas) and 8. cold water therapy a la wim Hof, which challenges the immune system.I eat more or less low-carb and my blood chemistry is good (e.g. TG 70 HDL 71) After a piece in the Financial Times many years ago about why London bus drivers had much higher incidence of heart disease than the ticket takers who were on their feet all day, I bought a stand up desk and try not to sit much during the day. Oh, and i have a dog who requires long walks.

From this post by this member of our forums:

And another case by a different person:

Lower biological age measurement:
Has anyone lowered their levine age or aging.ai through Rapamycin? yes, had blood tests and epigenetic age test done before starting rapamycin and after. Took rapamycin at 6mg/week for 4 months. 13 years improvement by Levine calcs as well as epiagingusa test.

"Been taking rapamycin since Dec 2019 (2 years). Started at 5 mg once a week. First half of this year was at 10 mg/ week and second half took 15 mg every two weeks
Results to date:

Another member here says he’s has had almost a 25 year biological age reduction, from mid-30s down to 11 years… see here:

What is your Levine Phenotypic Age? Mine is... 11

And this all seems to confirm the latest information from Dr. Morgan Levine at Yale:

See the good news below from Dr. Morgan Levine (creator of the Levine Phenotypic biological age calculation)… on Rapamycin’s impact on epigenetic measures of aging… I have attached the Excel Spreadsheet for doing your own Levine Phenotypic Age calculations at the bottom of this post (from Mike Lustgarten’s page) developed by Nick Engerer.

@DrMorganLevine
@agingdoc1@LammingLab@Maratosflier@RapaNews@BrienzaMark@CharlesMBrenner@davidasinclair Agreed. When time permits collection of clinical outcomes/endpoints—go with those. I will say that the new prelim data coming out of epi clocks looks good for rapa!

3 Likes
How to best record what happens when trying Rapamycin
Dr. Morgan Levine Confirms Rapamycin Reduces Biological Age as Measured by their Epigenetic Clocks
What Questions about Rapamycin do you have for Researchers?
Rapamycin Frequently Asked Questions (FAQ)
cronoslogical January 6, 2022, 6:39am #2

Has anyone compared results of their genome sequencing with those of epigenetic clocks before/after rapamycin therapy? It would seem that if these tools are accurate, they would both predict the same age or very close to the same age.

Hmmm. There is are differences between the spreadsheet that is on Mike Lustgarten’s page and the one at the bottom of the post.

First, the gen-1 version that is attached to this post - the conversion factor in cell B7 of 10 does not convert mg/dL into g/L, that would be 0.01. In the version on Mike Lustgarten’s page it has the albumin data in as g/dL and this would need a conversion factor of 10. My own blood tests give me serum albumin in g/L so I think somehow a mistype has happened in cell B6.

Are we to assume that the gen-1 version corrected the calc in D17 for Phenotypic Age, but somehow added the error into cell B6?

Also, the calc in cell C17 for MortScore uses the 120 from the ‘months’ box. If a constant of 120 was required then I imagine it would just be in hard typed into the formula along with so many other constant numbers that are in the formulas, so this leads me to think that the result for ‘months’ in D13 should be a variable. The fact that this is worked out from the number of years in box B13 implies that it’s maybe the number of years in B13 that should be an input variable. Very strange spreadsheet design if it isn’t.

I have attached the Excel Spreadsheet for doing your own Levine Phenotypic Age calculations at the bottom of this post (from Mike Lustgarten’s page) developed by Nick Engerer .

“Based on routine clinical chemistry biomarkers, we previously developed a novel aging measure, Phenotypic Age, representing the expected age within the population that corresponds to a person’s estimated mortality risk”

Expected age corresponding to estimated mortality risk. My brain can’t figure out what that actually means. Does it mean it’s an estimate of what age you’re going to die?

Here is the research paper by Dr. Morgan Levine’s group at Yale

In a nationally representative US adult population, Phenotypic Age was associated with mortality even after adjusting for chronological age. Overall, this association was robust across different stratifications, particularly by age, disease count,...

I’ve read those already, or certainly the start. That’s where I pulled my quote from. I was hoping someone could explain in it normal English.

Michael - all these tests are really in their early stages and have not been directly tested to see their actual predictive abilities in lifespan tests - so I see them more as general trendline assistants and really what I use this specific one for is to see how they vary test to test. I do blood tests every few months and see how I’m doing with working to lower the phenotypic age calculation.

If the calculation is lower after a test compared to the previous test - I take that information and review what I’ve been doing to maximize health - and then make plans for the next few months.

My Phenotypical age calculation is about 15 years lower than my chronological age - but what exactly does that mean? I have no idea. This is why I don’t believe in paying for any of these epigenetic tests or biological Age tests. We really don’t know what they are actually testing, and how it relates to actual lifespan. Thus - I use the Levine Phentypic test because its free and seems to be pretty good - see the Mike Lustgarten discussion on it.

Here is a good thread I’d recommend reading on this topic - on twitter, started by Matt Kaeberlein:

@mkaeberlein
$499 this xmas will get you a self-proclaimed "biological age test" that doesn't actually measure true biological age and may or may not not provide any useful information at all... What's the word I'm looking for to describe this situation? 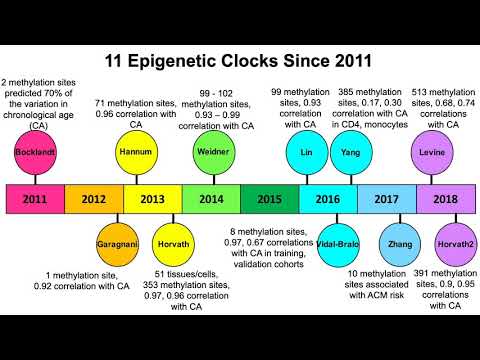 So i typed in my values for in the excel sheet, and I am a little confused

It tells me my Ptypic age is 14.62 while my biological age is 24, is this good for me being so young? just a little confused
Also wanted to know any suggestions to get my glucose down?
Thanks

After eyeballing the graph of phenotypic age vs actual, the model appears to underestimate age for those in their early 20s.

Hmm, any thoughts on why this may happen?
Also do you have any advice on getting my blood glucose levels down?

Their model was a best linear fit for broad age ranges, but there were poorer fits within subsets of those ranges.

On glucose: this number can have high variability day-to-day. It might also be higher if your blood draw was long after you woke up. Check your Ha1c to screen for pre-diabetes. If that’s good, you can reduce fasting blood glucose by not eating not large evening meals, not eating close to bedtime, increasing fiber consumption, exercising daily, and getting adequate sleep (which aids insulin sensitivity).