Rapamycin Interactions with Other Food, Drinks, Supplements and Drugs

I am wondering if it’s ok to have 1 glass of wine a night if taking Rapamycin?

Hi and welcome to the forum. I’ve seen no research that would suggest that wine is not recommended while taking rapamycin, and nobody here in the forums has ever mentioned any problems with their taking rapamycin and drinking wine.

So - it seems perfectly safe.

Thank you , another question I am waiting for my Rapamycin to arrive, in the meantime, I am taking Autophagy Renew and NAD + Resveritol in pill form, do you think I should continue taking these once I start the Rapamycin ?

I’m not familiar with either of these specific products, so I will respond in the general sense.

Broadly speaking, I don’t believe I’ve heard of any common anti-aging / longevity supplements that are strictly contra-indicated for use with rapamycin.

However, there are many interactions with herbs, fruits, supplements, etc. that people should be aware of. Some will significantly increase the level of rapamycin (sirolimus) in your blood (which may be a desirable or undesirable effect - but be aware and discuss with your doctor) and also interact with other medications you may be taking - here is a list and some resources to read up:

Citrus fruits can have an impact your your rapamycin / sirolimus blood levels. See this discussion: Rapamycin and Grapefruit Juice

Many supplements can also inhibit (and in some cases, activate) CYP3A4 and interact with many of the same medications.

Below is a list of some of the supplements known to inhibit CYP3A4. More details about each are found in our linked Product Reviews and CL Answers:

Be aware that St. John’s wort can activate CYP3A4, causing a decrease in the activity of many drugs.

I also recommend you read up on this discussion thread on our site about compounds and drugs that interact with rapamycin / sirolimus: Improve Bioavailability of Rapamycin (pt 2)

There are also some other compounds, like CBD (and surprisingly enough, high Dose Parsley ) that seem have an impact on how your body processes rapamycin / sirolimus. So if you ever try CBD I’d recommend you read up on that possible issue:

Reports in the literature also suggest that cannabidiol administration resulted in increased serum levels of everolimus, sirolimus, or tacrolimus; the mechanism of this interaction is not clear. 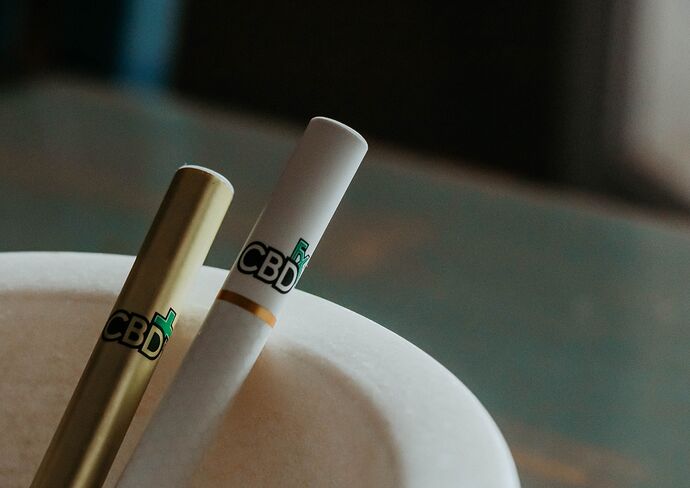 As the use of CBD-containing products continues to rise, pharmacists need to be familiar with the clinical implications of CBD use, especially in patients who use other pharmacologically active substances. 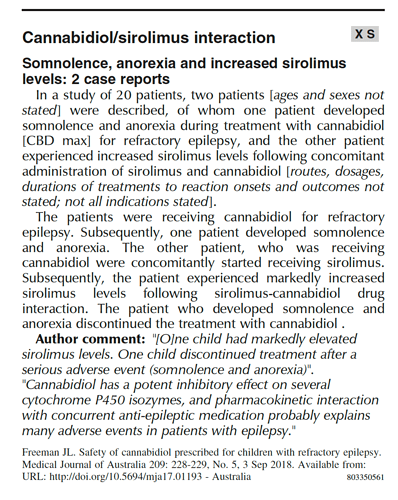 The only other thing I’d note is that with regard to the NAD / Resveratrol supplement - that if you take it and it makes you feel better then thats fine - I’ve not seen any literature to suggest those compounds will harm you.

However, in terms of cost-effectiveness of NAD boosters and Resveratrol they have a very mixed history in terms of their effectiveness in terms of longevity increases and I don’t take it because I don’t think the results indicated by the research and that I experienced when trying them (no obvious benefit in either situation) justify the high price. Rapamycin has decades of research, and is quite inexpensive by comparison.

NAD boosters failed to increase lifespan at all in the best, long term study (The National Institutes of Aging Intervention Testing Program run by Richard Miller) that has been done on Nicotinomide Riboside (the most popular NAD booster), as can be seen in this paper: 17‐a‐estradiol late in life extends lifespan in aging UM‐HET3 male mice; nicotinamide riboside and three other drugs do not affect lifespan in either sex - PMC

I also recommend you listen to this podcast where Matt Kaeberlein talks about these compounds: NAD and NAD precursors: help or hype? | Peter Attia, M.D. & Matt Kaeberlein, Ph.D. - YouTube

In another podcast for his subscribers on this topic, here are some points they make:

What’s with all the hype?

What does Matt Kaebelein make of this hype in the face of a lack of clear data?

So what is the most compelling evidence? 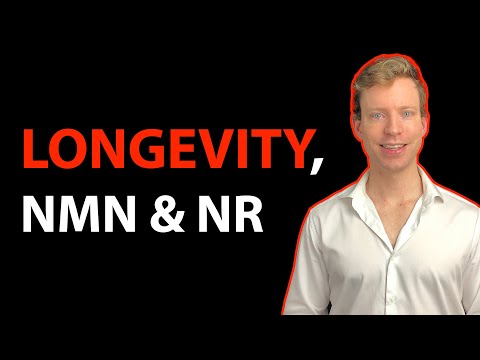 Very interesting , certainly worth taking NMN at my age even if it doesn’t extend life span, the energy improvements are important
Thank you

I am a little confused here:
I take Schisandra and berberine. Does this imply that these herbs that inhibit CYP3A4 make Rapamyacin more or less effective, and more or less dangeropus?

CYP3A is an important enzyme in the body, mainly found in the liver and in the intestine. It oxidizes small foreign organic molecules (xenobiotics), such as toxins or drugs, so that they can be removed from the body. (source: CYP3A4 - Wikipedia )

Some supplements (when taken prior to taking rapamycin or other drugs) inhibit CYP3A4, with the result that the drug (or drugs, but not all drugs) remain in the body longer. The net result is that there is an increase in bioavailability (effective dose) of the drug, in your body. The result can be very large. Typically, for example, if you take grapefruit juice prior to taking rapamycin, you will see a 3.5 X increase in exposure to the drug (this is calculated as "AUC, area under the curve). But some people in our forum have reported that they actually see a 5X or larger increase in blood levels of rapamycin when they take rapamycin with grapefruit juice. So, there is large individual variability , due to biology and due to different grapefruit juice types and dosing.

This could be a desirable outcome (it allows you to take a much lower dose, thus saving money) or it could be a big issue as you could overdose if you were not aware of the interaction, and this could cause significant side effects, or (with other drugs) damage to your liver, etc. See details here: Improve Bioavailability of Rapamycin (2)

The same is true for the supplements listed above.

Berberine is a known CYP3A4 inhibitor - so it also impacts rapamycin blood levels if you take it before taking the rapamycin. I have not research the degree or level of impact on rapamycin blood levels - but I recommend you do that if you are thinking of continuing to take berberine on days you take rapamycin. See: The enhancement of cardiotoxicity that results from inhibiton of CYP 3A4 activity and hERG channel by berberine in combination with statins - ScienceDirect
See: Repeated administration of berberine inhibits cytochromes P450 in humans

Note, there are many drugs that are impacted by CYP3A4 inhibitors like grapefruit juice and berberine. See the list here: Grapefruit Juice and Some Drugs Don't Mix | FDA

You have to be very careful with CYP3A4 inhibitors because they can easily cause overdoses.

I don’t have any experience with Schisandra, but I recommend you do research on it with regard to CYP3A4 inhibition.

Exactly. With uninhibited CYP3A4, your body breaks down 90% of the Rapamycin, so you can only absorb 10%. If you inhibit CYP3A4 with grapefruit juice, your body will only break down 50-70%, so you absorb 30-50% instead of 10%. It’s like taking 3-5x as much. However, due to individual biology and factors, it’s unclear if you will get the 3x or 5x or somewhere in-between.

Eating Rapamycin with a high fat meal (EVOO or sardines) also increases bioavailabity by a lesser degree. I think you need to do this to get the 5x results.

Metformin, like Berberine, will also inhibit CYP3A4. I haven’t heard anyone being able to go over 50% absorption to something over 5x. However, I think the maximum would be 10x if you could get 100% of the Rapamycin into your system like something through an injection.

Great information, thank you!
I think to start out I will just take berberine out of my stack while I get used to Rapamyacin.
Related question, is it considered a good practice to take Rapamyacin with bulletproof coffee while in the non eating window of TRE in order to get oil with the Rapamyacin?

The high-fat bulletproof coffee (I think it has MCT oil in it, or GHEE) is one way to get fat in your diet when you’re taking rapamycin during TRE. But, any source of fat is good - some people drink a small amount of EVOO (olive oil), … whatever works for you!

If you take it with cannabinoids, would that also increase the crossing of the BBB as well as increase the bioavailability?
I cannot find the paper right now, but I read one on it having this affect on other drugs to treat brain cancers. Unfortunately, I can’t find the paper I’m talking about - I read it 4 years ago (2018) in reference to DIPG (it was before the paper about the nanotech below). Maybe I’m misremembering what was in the paper, but I THOUGHT it was that it could help with drugs passing the BBB - THC more than CBD.

Here is one paper I did find, but they are attaching cannabidol to a medication to bring it in like a Trojan horse: Cannabidiol could help deliver medications to the brain -- ScienceDaily

I researched Berberine more extensively and it’s a strong inhibitor of hERG which is a potassium channel in the heart involved in arrhythmias. Blocking this channel with berberine could lead to life threatening arrhythmias, especially when combined with drugs like the antibiotic Zithromax as well as common antidepressants and antihistamines.

Would the same hold true for Metformin?

Metformin doesn’t seem to have the same issue.

Any thoughts about protein consumption (or strength training) on Rapa days? Both of those are known to activate mTor.

I believe that protein activates MTOR in the muscles and glucose (insulin?) activates in the rest of the body. This is discussed in the Peter Attia podcast with the protein guy.

FYI: There are many MCT oils, but to my knowledge only Micky T oil is pure Caprylic (Cis-8.) I’ve bought from AMZN for many years.

Separately, from holistic community I stopped grapefruit products more than 20 years ago, as it has odd effects on different items, sometimes increasing, sometimes decreasing effectiveness.

So not a surprise the variable results reported re Rapa + grapefruit.

When I tried Berberine several years ago, I experienced arrhythmias. As I previously had a cardiac ablation for repetitive monomorphic ventricular tachycardia, I definitely did not want to play around with it.

May be covered elsewhere, but below from Pfizer site:

Cyclosporine, a substrate and inhibitor of CYP3A4 and P-gp, was demonstrated to increase sirolimus concentrations when co-administered with sirolimus. In order to diminish the effect of this interaction with cyclosporine, it is recommended that Rapamune be taken 4 hours after administration of cyclosporine oral solution (MODIFIED) and/or cyclosporine capsules (MODIFIED). If cyclosporine is withdrawn from combination therapy with Rapamune, higher doses of Rapamune are needed to maintain the recommended sirolimus trough concentration ranges [see Dosage and Administration (2.2), Clinical Pharmacology (12.3)].

7.2 Strong Inducers and Strong Inhibitors of CYP3A4 and P-gp

Because grapefruit juice inhibits the CYP3A4-mediated metabolism of sirolimus, it must not be taken with or be used for dilution of Rapamune [see Dosage and Administration (2.9), Drug Interactions (7.3), Clinical Pharmacology (12.3)].

Because grapefruit juice inhibits the CYP3A4-mediated metabolism of sirolimus, it must not be taken with or be used for dilution of Rapamune [see Dosage and Administration (2.9), Drug Interactions (7.3), Clinical Pharmacology (12.3)].

7.4 Weak and Moderate Inducers or Inhibitors of CYP3A4 and P-gp

Exercise caution when using sirolimus with drugs or agents that are modulators of CYP3A4 and P-gp. The dosage of Rapamune and/or the co-administered drug may need to be adjusted [see Clinical Pharmacology (12.3)].