There have been some concerns expressed here and elsewhere that rapamycin may cause an elevation of risk factors for CVD, including an increase in blood glucose as well as lipid levels. Much of that concern stems from a subset of post transplant immunocompromised patients on daily rapamycin.
I propose that these concerns are vastly overblown at best, and in fact rapamycin is quite protective.
Here’s an extremely comprehensive review of the atherosclerotic process:
V https://www.cell.com/cell/fulltext/S0092-8674(22)00400-7#%20
Rapamycin is protective along many of the stages including the prevention of lipid oxidation and creation of foam cells, inflammation, senescence, and cell proliferation.
As for an increase in blood sugar, while it is clear that diabetics are at a significant increased risk for CVD, diabetes is a disease entity in and of itself, and not strictly a hyperglycemia issue. Efforts to establish extreme glycemic control in diabetics have failed to reduce significantly the risk of cardiovascular disease.
https://www.cell.com/cell-metabolism/fulltext/S1550-4131(21)00317-X?_returnURL=https%3A%2F%2Flinkinghub.elsevier.com%2Fretrieve%2Fpii%2FS155041312100317X%3Fshowall%3Dtrue
Furthermore, rapamycin has been shown to reduce the risk of all of the end organ effects of diabetes including retinopathy, renal disease, and neuropathy.
I seriously doubt that rapamycin poses a risk, though I can’t be certain in the absence of human RCT’s, and I also question the need for add on agents such as statins and hypoglycemic agents which pose their own risks via side effects. 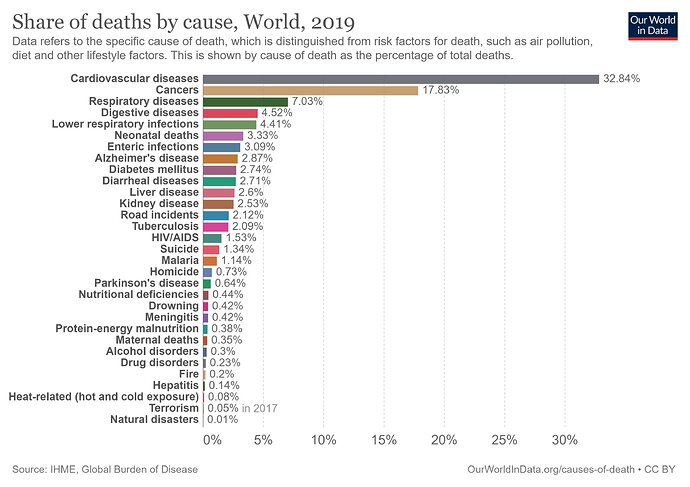 My take on it is since we know rapa seems to raise LDL/ApoB even in pulsatile doses for anti-aging, it makes sense to treat those elevated atherogenic lipoproteins. After all, we know for a fact that these lipoproteins contribute to atherosclerosis, but we don’t (yet) have human data on the potential protective effect of rapamycin, however promising it seems to be. It’s quite possible (for instance) that rapa is atherogenic via its lipid effects and at the same time anti-atherogenic via anti-inflammatory/antiproliferative effects. Which mechanism wins, and is it the same for all individuals?

Lowering lipids safely is another matter, with obviously a high quality diet being the safest first line of defense. I like ezetimibe, amla extract, citrus bergamot and PCSK9 inhibitors. I also think statins are good medications but obviously come with a greater risk of side effects.

Personally I’d also take elevated glucose levels seriously, ideally treat with decreasing body fat and increased exercise and go from there if necessary, albeit perhaps conservatively to minimize risk of side effects as with lipids.

Have you been tracking fasting insulin levels and HOMA-IR while on rapamycin? To me, those are more relevant than simply monitoring blood glucose levels.

Brandy, I think that you make a good point worth considering. About 90% of diabetics are obese; I’m not in that category. Another 10% are “ skinny fat”, with a normal BMI but excessive visceral fat. This is best evaluated by the ratio of height in inches/ waist in inches. This needs to be < 0.5. Mine is 73/34. I’m ok with that data.
I’m 73/34

Sort of like the Amla option. I already take triphala which contains Amla as one of its components. One study showed significant life extension with Amla in combination with probiotics.

rivasp12, could you please share a link to the study showing significant life extension with Amla in combination with probiotics? I used to take Amla powder in the past, but stopped due to its high oxalate content and uncertainty regarding potential heavy metal contamination. 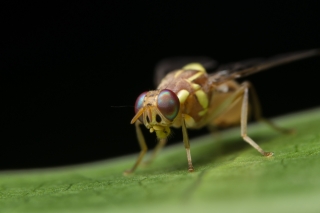 The secret to longevity is in the microbiome and the gut

You are what you eat. Or so the saying goes. Science now tells us that we are what the bacteria living in our intestinal tract eat and this could have an influence on how well we age. Building on this, McGill University scientists fed fruit flies...

This is a good overview. It’s actually triphala which contains amla as one of its 3 components. The study was done on fruit flies in combination with probiotics.

More information and review on Triphala 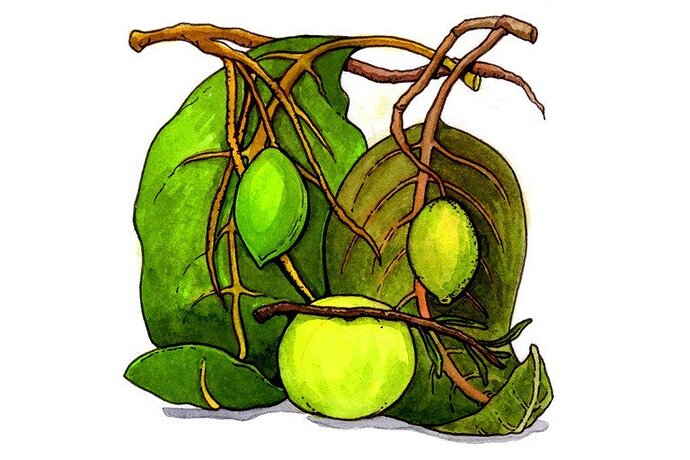 We’ve been ignoring the importance of the gut microbiome for way too long, both for its health and longevity benefits. Even mental health. Rapamycin also has a significant impact on the microbiome.
I really like triphala, though not the uncontrolled, shotgun approach of probiotics. I prefer something like kefir as a synergy.

I’m only referring to lipids and glucose as they relate to rapamycin, not as risk factors in and of themselves.
If rapamycin predisposes to heart disease and diabetes, then it’s not much of an anti aging drug.
In reality, rapamycin prevents all aging related illnesses and the mild hyperglycemia is a benevolent one not requiring drug intervention.
Lipids are dangerous when they’re oxidized and then engulfed by macrophages to become foam cells. Rapamycin interferes with this process.
It’s my humble, yet not totally proven opinion, that rapamycin protects and in no way predisposes to CVD when used intermittently. Certainly could be wrong.

I just don’t see much of a downside treating rapa-induced lipids/glucose elevations conservatively when they occur. After all, even if rapa’s theoretical benefits outweigh/overpower the lipid/glucose elevations, who’s to say that it won’t work even better if lipids and insulin sensitivity are also optimized? When it comes to LDL/apoB, all the evidence seems to point towards “the lower the better” (only true up to a point with glucose😆). Less atherogenic lipoproteins floating around means less opportunity for them to be oxidized in the first place.

I see your point bit I’m not convinced. Lipids only represent one risk factor among many. There’s family history, hypertension, diabetes, smoking, past history, and even stress. Also, the lipid debate isn’t even settled. If it were, then statins should unequivocally reduce the primary risk of CVD.
They don’t. And there is a downside with any intervention- with statins it’s myopathy and diabetes. The other interventions are relatively new, so we don’t really know the downsides yet.
What we do know is that rapamycin unequivocally and repeatedly gives life extension. So we should be careful modifying, or worse negating, any of its effects until we really know what we’re doing.
It’s likely that the glucose changes represent a benevolent form of starvation diabetes requiring no intervention whatsoever.
It’s also possible that rapamycin causes an efflux of lipids away from the arteries resulting in elevated blood levels. Is that worthy of a drug intervention?

I think we’re going to have to agree to disagree on the CVD/lipid issue. The overwhelming consensus among the experts and the evidence points to atherogenic lipoproteins as causal in CVD. Compare that to the almost complete lack of evidence (so far) of beneficial effects of rapamycin in humans. We certainly hope it all works out, but in the mean time I’d say ignore lipid elevations at one’s peril.

We will agree to disagree.
As for rapamycin, we’ll never have any where close to definitive human evidence. It extends life span in mammals. Do lipid lowering agents?

Well, I for one will continue my low dose statin regimen to keep my lipids in check while taking rapamycin. Interestingly statins reduce all-cause mortality in the elderly independent of lipid levels.
Statin Use Over 65 Years of Age and All-Cause Mortality: A 10-Year Follow-Up of 19 518 People
All-cause mortality rates were 34% lower among those who had adhered to statin treatment, compared with those who had not
https://agsjournals.onlinelibrary.wiley.com/doi/abs/10.1111/jgs.16060

Cholesterol, Statins, and Longevity From Age 70 to 90 Years

Cholesterol, Statins, and Longevity From Age 70 to 90 Years

The importance of cholesterol as a risk factor among older people, particularly among the very old, is controversial. Whether or not hypercholesterole…

''In both cohorts, continuity of treatment with statins (PDC, ≥90%) conferred at least a 45% reduction in risk of death compared with patients with a PDC of less than 10%.
PDC=Proportion of days covered (PDC) with statins" 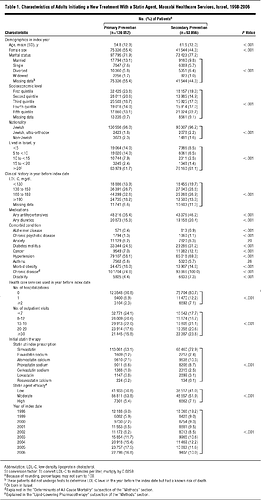 Background  The beneficial effects of statins on cardiovascular mortality in secondary prevention have been established in several long-term, placebo-controlled trials. However, the value of statin therapy in reduction of overall mortality...

Low LDL may not always be better. Below a certain level, there’s an association with higher rates of hemorrhagic stroke.

To me, yet another internet debate about LDL as a driver of CVD is like debating humans as a cause of global warming. The evidence is so overwhelming for both that it’s just beating a dead horse. There are no quick fixes for CVD (other than coronary artery bypass) because the plaques develop slowly over literally decades, starting in the teenage years. Simply lowering lipids with a statin isn’t going to reverse this in 2 or 3 years. Any lipid-lowering therapy (dietary, statin or otherwise) requires one to be in it for the long haul for robust results. 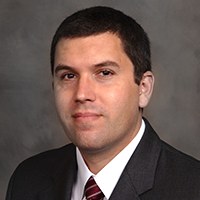 True, in fact, there are those who think lipids are an overrated factor in CVD. However, these are large-scale studies and indicate statin use in the elderly reduces all-cause mortality independent of lipid levels. The risk-reward ratio of taking low-dose statins to me is a no-brainer. By the way, those that are taking rapamycin probably don’t have lipid levels that are “too low”.