Possible to find a place to have this performed?

Measurement of mTORC1 Signaling with 89Zr-Transferrin 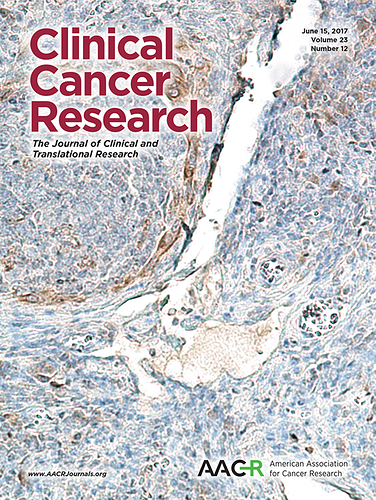 Abstract. Purpose: mTOR regulates many normal physiological processes and when hyperactive can drive numerous cancers and human diseases. However, it is very challenging to detect and quantify mTOR signaling noninvasively in clinically relevant...

So - your thinking is that by measuring mTORC1 you have a better idea of how much you are shutting it down, and for how long? Basically the personalized dose / response curve? Is that it? Trying to optimize the maximum dosing?

I can see the value of that from a research perspective where they are trying to figure out the optimized dosing strategy for rapamycin, but I’m less convinced of this in a clinical application. The general believe in most of the mTOR research community is that the negative side effects of rapamycin are driven by mTORC2 - and my focus and concern is more about the risks around excessive mTORC2 inhibition, which tends to take place in long term, continual rapamycin dosing (so theoretically there should be a low risk for all of us doing pulsed, weekly or every two week dosing schedules that are typical in anti-aging applications)

I asked Dudley Lamming about what he thought the best tests would be for people taking rapamycin and because his major concern is one of immune suppression (esp. at higher dosing) his response was that we should get our TREGs measured (Regulatory T cells). This is a blood test that seems to be done for HIV patients, but I can’t find any places that do it for a moderate cost, at a convenient place, outside of a standard disease/medical scenario.

I would still be interested in this TREGs test, as it would allow us a better visibility into what is happening with our immune system if we wanted to try higher doses of rapamycin (to, theoretically get more of the anti-aging benefit).

For doctor’s providing / prescribing rapamycin - it would seem like a good value-add service to provide this type of blood test for people exploring higher doses.

So - your thinking is that by measuring mTORC1 you have a better idea of how much you are shutting it down, and for how long? Basically the personalized dose / response curve? Is that it? Trying to optimize the maximum dosing?

Yes, as ever person would have a different dose. As we are all guessing on the dose to extend lifespan.

OK - I guess in an ideal world we would have a good test to measure our mTORC1 inhibition, as well as testing the blood sirolimus levels (so we have an idea of how much of a dose of rapamycin results in how much of an mTORC1 inhibition). And - it would be good to have TREGs also tested to watch for immune system degradation at different doses.

But I think the research still needs to be done to understand exactly how much mTORC1 inhibition is optimal, how frequently or how often the inhibition would optimally take place, etc.

If we don’t know what the optimal level and frequency of mTORC1 inhibition is, I’m not sure what value an mTORC1 test would be.

Similarly - one of the key means by which rapamycin is thought to convey its lifespan extension benefits is via autophagy - but again, here we have no idea what the optimal levels of autophagy are, in what organs and tissues, etc. - so even though new tests for autophagy are being developed - we still lack a lot of knowledge.

Its also a little similar to the issue with blood sirolimus level testing. There is a $90 test for blood sirolimus levels that we can easily get now via Life Extension Foundation, and that might be helpful in identifying what our trough rapamycin levels are (the lowest point, just before we take another weekly dose). But it would be really nice to know how exactly the trough blood siriolimus levels translate into mTORC2 inhibition so we have a better idea of what the target range is for our trough levels. Right now I think people generally tend to target .5ng/ml for trough Sirolimus blood levels - but we really don’t have good human data and clinical trials to justify this, (as far as I know). For more discussion on this - see this post on blood tests and rapamycin.