The Case for Rapamycin, and Female Fertility 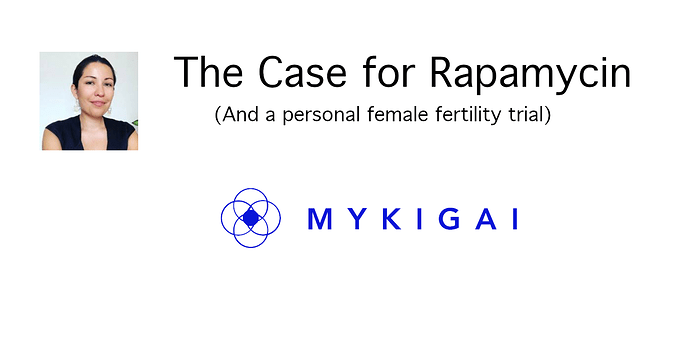 Toronto-based Laura Minquini has a company (Mykigai) and a great consumer-focused newsletter focused on the “longevity lifestyle” that I recommend people check out and subscribe to.

This week in her newsletter she summarizes what she sees as the “case for rapamycin” and announced that she will begin taking rapamycin and documenting her results with a specific focus on her fertility. Female fertility aging is an area that has been under-researched and under-invested in for far too long, and I applaud her efforts in this area.

People who are visiting this site probably already know that Rapamycin has a large number of studies showing lifespan extension effects in the range of 15% to 30% in most organisms.

Less well known is that research has shown that rapamycin can help maintain female fertility during aging. While we’ve touched upon this in our post on “The Case for Starting Rapamycin Earlier in Life”, there is good evidence in mice and rats that rapamycin delays (and possibly reverses) reproductive aging in females. Here are some of the studies that report on this benefit:

We also have a person experience of one of this website founders’ who has shared that he began giving his chickens rapamycin a year and a half ago on the same schedule that he takes it himself, and his chickens have maintained the youthful egg laying frequency of 1 per day at age 4, when the norm for a 4 year old chicken is 50% to 60% that rate. So, at least in this anecdote, the chickens have retained their youthful egg laying abilities despite their aging. The now 4 year old chicken is still laying eggs at the same rate as when it was 1 year old. This doesn’t mean much scientifically, since its only N=2, but is interesting, and correlates with the aforementioned research. 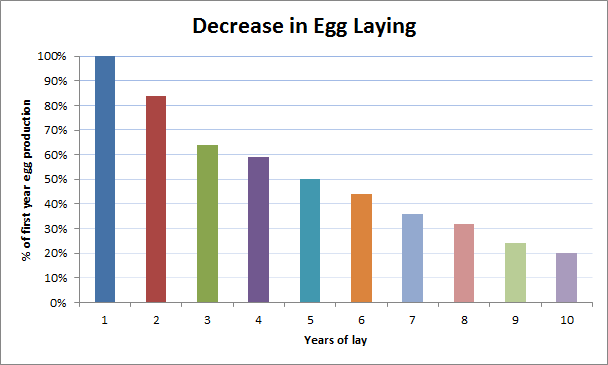 So, obviously there should be significant interest in Rapamycin for women in their 30s and 40s who are interested in having children and want to maintain their fertility during this time, or into their 50s and even later in life.

As her kickoff story on her personal rapamycin fertility trial, Laura has started with a great introductory article on Rapamycin where she outlines the case for rapamycin and why she’s decided to pursue it now. She’s going to continue to write about her experience going forward, so if you’re interested in this be sure to subscribe to her newsletter.

I think she points to two great “market signals” on why she’s looking at rapamycin now, and why rapamycin is the first, the best (and likely only, for at least the next decade) widely available and inexpensive longevity drug:

Why bet on Rapamycin

Aside from the trials and growing interest, I can pinpoint two market signals on its short term potential:

Last year, Unity Biotechnology’s co-founder Nathaniel David declared at the Salt conference (yes, it was a good conference) that the only significant development that will probably happen in longevity the next decade is the “micro-dosing of Rapamycin”. The guy has been in the industry for a while, one would think he knows a thing or two.

I think James Peyer might have been taking notes while in the same panel. Just last month, fresh from a $100 million Series C round, the CEO of Cambrian Biopharma, (the company “building the medicines that will redefine healthcare in the 21st century – therapeutics to lengthen healthspan,”) licensed a Rapamycin-like drug from Novartis.

“The licensed assets are structural analogs of the FDA-approved drug rapamycin, which has been shown to prevent or reverse multiple age-related health deficits in mice and extend their average lifespan by up to 31%.”

I mean, one does not have to be a genius to think Rapamycin is going to be important if you simply “follow the money”.

Here are the highlights of Laura’s rapamycin article:

Her story is a great read, and I recommend you check it out.

Read the full article here: The Case for Rapamycin