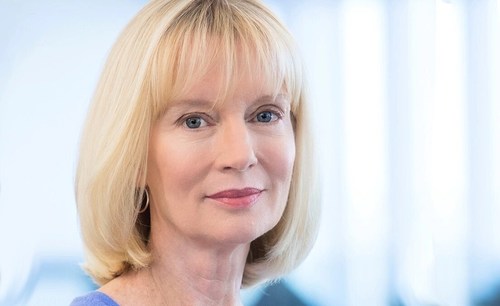 This is big news… another major startup company working to develop rapamycin-like drugs, this time with Joan Mannick as the CEO of the company. This is yet another vote of confidence on rapamycin, and the MTOR pathway as being a key target for life extension.

Joan Mannick has said this regarding mTOR as a target for aging.

While we are excited about the potential for these new mTOR inhibitors it remains to be seen if any of these new rapamycin-like drugs (rapalogs) are better than rapamycin itself. And if these new rapalogs do work well, what is the cost, and is their high price justified when you look at a cost/benefit analysis compared to rapamycin. On-patent mTOR inhibitors have typically been priced high (e.g. $500 per 10mg/tablet; see Good RX Afinitor 10mg/30 tablets here). This compares to an approx. street price of $10 to $50 for 10mg of sirolimus / rapamycin. So the ultimate question will be, is the new mTOR inhibitor so much better than rapamycin that it justifies its 10X to 50X higher price? Is the marginal benefit greater than the marginal cost? We’ll see…

James Peyer, CEO of Cambrian BioPharma said on twitter today (see this thread) that the benefit they think that Tornado Therapeutics may bring to the table is a wider therapeutic window (i.e. broader dosing range without side effects). This is an important consideration, especially for people pushing the envelope on dosing, or who don’t respond well to rapamycin for whatever reason. It will be interesting too see how this develops over the coming years. I hope that Tornado Therapeutics does some head-to-head comparisons with rapamycin so we can see the differences clearly.

Joan Mannick was the lead scientist out of Novartis who did the ground-breaking 2014 study which was the first to show that a rapalog (Everolimus) could be used safety in older humans with beneficial anti-aging effects (on the immune system). This study was was the first to suggest that the anti-aging effects of rapamycin that has proven so effective in yeast, worms, and mice, seems likely to translate to humans also. This study is what really led directly to rapamycin being taken up by early adopters like Drs. Alan Green, Blagosklonny, and Attia and expanding to many other health and longevity enthusiasts since then.

Joan Mannick went on to spin an MTOR inhibiting compound (RTB101) out of Novartis into a new company (ResTORbio) to pursue it as an aging therapeutic. That compound did well in initial clinical studies but then in the Phase 3 study the FDA “moved the goalposts” and decided to only accept patient-estimates of improvement in this second clinical trial (which it failed in), not clinical measures done by doctors (which it succeeded in).

When talking later about the trial, Joan said:

“The Phase 3 trial missed the primary endpoint in part because it turned out to be difficult to distinguish respiratory symptoms that were due to an infection from non-infectious respiratory symptoms,” she says. “However we learned a lot from that trial that will help inform the design of future trials.

Here is the new announcement on the new company:

Feb. 16, 2022 /PRNewswire/ – Cambrian Biopharma, a multi-asset longevity biotech, today announced a licensing agreement with Novartis to advance novel, selective compounds designed and characterized by Novartis to target the mechanistic target of rapamycin (mTOR) pathway. The licensed assets are structural analogs of the FDA-approved drug rapamycin, which has been shown to prevent or reverse multiple age-related health deficits in mice and extend their average lifespan by up to 31%.