I started using canagliflozing about 4 months ago to test its effects on my blood sugar levels and this is my report.

The ITP reported (in the paper linked to here):

In the context of the mouse Interventions Testing Program, genetically heterogeneous mice were given chow containing Cana at 180 ppm at 7 months of age until their death. Cana extended median survival of male mice by 14%. Cana also increased by 9% the age for 90th percentile survival, with parallel effects seen at each of 3 test sites. Neither the distribution of inferred cause of death nor incidental pathology findings at end-of-life necropsies were altered by Cana.

One Month Use Report:

I’ve been using Canagliflozin for the past month and really like it. It moderates blood glucose levels and makes it really easy to lose weight. I’ve lost about 10 lbs in 3 weeks, without really trying. I have no noticeable side effects other than increased urination.

I researched it after the report form the NIA ITP study came out last year. I tried Acarbose before - but the gas it can cause was less than ideal on occasion. So I’ve moved over to 100mg of Canagliflozin for the first week, then phased up to 300mg in the morning. It seems to do a really good job of managing post prandial glucose levels - typically 70 to 120 during the day - see my typical daily CGM results in screen capture attached (Note that GCM measures are typically 10 to 20 points lower than I see on my finger prick blood glucose test). I eat a fairly low carb diet anyway - but this helps when I include higher glycemic index, higher starch, higher carb foods.

Blood glucose control continued to go well during the 4 month trial of canagliflozin. My blood sugar levels seem to hold pretty steady between 80 and 110 most days, all day. Weight loss stopped after the first few weeks - in total I lost about 10lbs with canagliflozin over the first two or three weeks and then it plateaued and I saw no more weight loss. During this entire time I continued regular dose of 10mg of rapamycin once per week.

After several months of using Canagliflozin I started to find I was quite tired all the time. I’d find that on weekends I might go to bed at 11pm, wake up at 7am like I normally would - but would feel that I had a bad sleep. I’d roll over, thinking I’d just go to sleep for a few more minutes… but when I woke up I’d realize it was now noon - so I’d been sleeping for over 12 hours! I haven’t slept for 12 hours since I was a teen ager so this was highly unusual… and it kept on happening. What I found surprising is that this side effect took months to become evident. Usually with medicines I thought you would get the side effect quite quickly. With rapamycin I had a canker sore within a day or two of taking an early dose - it went away after a few days, and I’ve never had that side effect again. So when I began to start feeling exhausted all the time, and sleeping far in excess of normal, months after initiating canaliflozin, I didn’t initially suspect the medicine.

So finally this month I read in some reports that exhaustion (extreme fatigue) was an occasional side effect (1% or 2% of users) of canagliflozin. I stopped taking it, and my sleep has quickly returned to normal - I get 7 to 8 hours, feel great and have all my energy back.

I’m wondering whether other SGLT2 inhibitors have the same side effect profile and whether something like empagliflozin would impact me in the same manner. I’m going to read up on the studies and may try it.

A recent Peter Attia Update on Rapamycin and other anti-aging drugs:

“There is another drug that is super exciting called canagliflozin” a more elegant version of acarbose that works in the kidney. Extends life of mice in the ITP study almost as much as rapamycin. Discussion of Acarbose and Canaliflozin starts at minute 1:43 timestamp on this podcast, June, 2021

So how do you get it? There’s an indiamart pharmacy, but the orders take so much friction.

Its not that much more friction than amazon to be honest. The payment process is a bit of a pain - the wire transfers - but you can set it up once in a payment system like Transfer wise (wise.com) or your bank - and then it stores the information for future orders. So - the hassle is only once.

In most people’s experience, its not as bad as it might sound.

I’d experimented with cangliflozin for a couple months (till I ran out of it). I don’t have too many measurements, but

(i) I would not take it at regular time intervals. Rather, I’d keep it with me and take it in case I was having a high-carb meal. Of course, given it’s long half-life, I’d not necessarily take another on if I already took it earlier in the day.

(ii) I was concerned about the higher likelihood of urinary tract infection under cangliflozin. At least from your post, it seems like this was not an issue even at 300 mg (?)

No - I had no urinary tract issues at all - even at 300mg / day for 3 months. But I did have some fatigue issues with canagliflozin which led me to abandon it. Now I’m taking 10mg empagliflozin and it seems to be going well, but I’m taking it slowly (not ramping up to higher doses yet - I’ve been taking it for almost a month now).

Okay, thanks! It’d be nice to some day see cgm based comparisons between the two. Good to hear that you aren’t experiencing fatigue with empagliflozin. Also I wonder if a smaller dose of acarbose along with a smaller dose of sglt-2 inhibitors would be the way to go, to reduce side effects from either.

Ah - good idea. I will post some CGM results from my empagliflozin experience. I use the CGM intermittently. I use acarbose as a periodic assistant in situations where I’m having a more carb/starch heavy meal later in the day. But the side effects of acarbose are - at least for me - pretty bad, so I don’t use it that much. Ultimately - these drugs may have different results with different people - so the best thing to do is to try things out for a while and see how your body responds, and work with your doctor and get blood work/cgm/blood glucose readings - to see how its working.

Odd no mention or comparison with 500 mg x 2x of Metformin? comparison of side effects?

Does cana act as a intestinal gut flora antibiotic, Metformins original experimental intent. I’ve stopped metformin due to gut flora effects, and its blocking of nutrient absorbtion including the B’s / b-12.

Another re purposed drug would be useful for the similar anti aging effects.

I took metformin for about 6 or 8 months, two years ago. No side effects. But I saw the research coming out on its impact on metformin impairing training / exercise - related improvements, so I phased off it.

I’ve not seen any research to suggest Cana acts as an antibiotic. 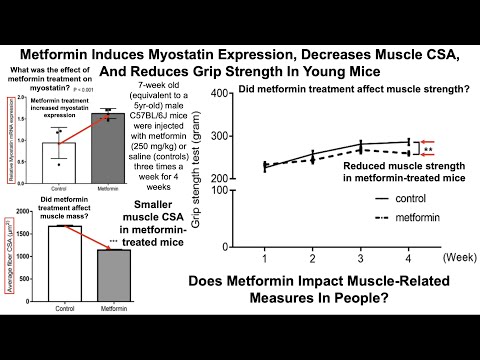 It doesn’t reduce glucose levels. It blocks absorption of the sugars you are eating. If you are on a low carb diet/ keto diet or fasting, it won’t lower your blood glucose levels further (which is good - you don’t need to worry about hypoglycemia). But why bother even taking if if you aren’t eating carbs?

INVOKANA® works with your kidneys to stop some excess sugar from being absorbed back into your body, and to help you lose approximately 100 grams of sugar a day through the process of urination.

Hm, so does it only work when your glucose is above a certain threshold, like 170? (170 is when glucose starts spilling into the urine).

No - it prevents the rise / absorption of the glucose in your blood. When I’m on it my blood glucose levels stay under 110 all day typically… 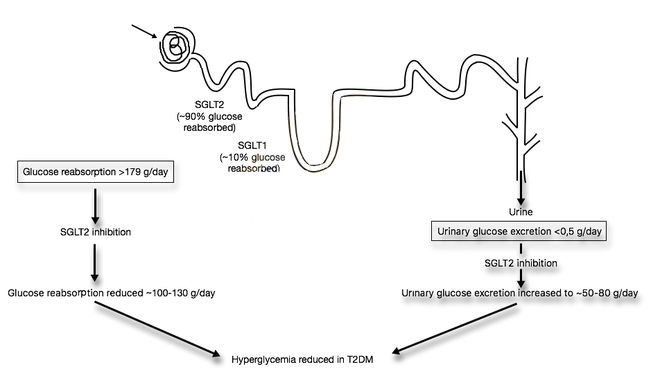 SGLT2 inhibitors, also called gliflozins, are a class of medications that alter essential physiology of the nephron; unlike SGLT1 inhibitors that modulate sodium/glucose channels in the intestinal mucosa. The foremost metabolic effect appears to show that this pharmaceutical class inhibits reabsorption of glucose in the kidney and therefore lower blood sugar. They act by inhibiting sodium-glucose transport protein 2 (SGLT2). SGLT2 inhibitors are used in the treatment of type II diabetes mellit Th...

You do pee a lot more than normal.

Ugh, I need this. Fuck indiamart for scamming me, fuck it.

So just to be clear, the way these drugs work is that you still fully absorb the glucose you eat/drink, but then it gets excreted through the kidneys (and out via the urine) before it can be deposited as fat or do too much damage to the blood vessels/tissues/organs. If it prevented sugar absorption from the intestine, it would cause diarrhea like acarbose. The fact that the glucose is excreted through the urine also explains why you have to urinate more often – the glucose binds water and drags out water with it (osmotic diuresis), so these drugs are often called “smart diuretics” because they help eliminate excess water from the body without a dramatic disruption in electrolytes.

As RapAdmin said, if you’re truly on a low carb diet and always stick w/it and if you aren’t insulin resistant (how many overweight/obese people do we know who say they’re doing “low carb?” A lot, in my experience), then an SGLT2 inhibitor may not be doing much unless the health benefits go above and beyond glucose disposal/diuresis, which is possible.

So it’s kind of like acarbose, except acarbose blunts the increase (and doesn’t work for many foods, like a lot of fruit) - in that it can work like an emergency glucose-lowering pill.

Alex - did you see our page on canagliflozin?

I’m mostly keto but take 25mg daily of empagliflozin. There’s evidence it has benefits beyond glucose, including mitochondrial biogenesis.

Empagliflozin (EMP) is a member of the gliflozin class of drugs used to treat type 2 diabetes mellitus (T2DM). These drugs inhibit the sodium glucose co-transporter 2 (SGLT-2) and facilitate glucose

So, have you ever had an UTI for to empagliflozin? Perhaps it’s not an issue of one’s on keto.