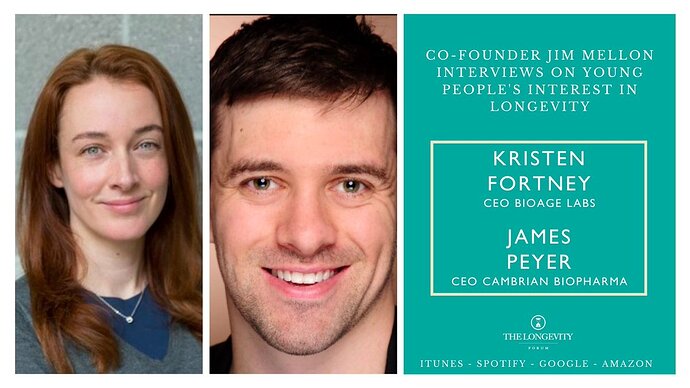 The Longevity Forum podcasts look interesting. I had not heard of them before, but they seem to cover everything from longevity biotech, to longevity inequality, retirement and much more (and in some cases covering similar areas as does the Stanford University Longevity Podcast).

In the latest Longevity Forum podcast (see link at bottom of this post) we hear from Kristin Fortney at BioAge who we’ve covered here and here, and James Peyer at Cambrian BioPharma here. As might be expected, rapamycin is a topic of conversation; in this case because Cambrian is hoping to come up with a similar mTOR inhibitor that can provide greater inhibition and fewer off-target effects.

This most recent podcast got me thinking about how the typical person here in our forums who is interested in anti-aging (longevity) drugs might best take advantage of the progress in human testing of these new compounds as these companies work through, report on, and ultimately complete their clinical testing programs.

It seems that one way that individuals might be able to get faster and lower cost access to something functionally similar to these new drugs being developed by BioAge and Cambrian (and many other longevity biotech companies) is to identify the pathway / targets of the drugs that they are putting through clinical trials, then identify other drugs that have already been FDA approved that target the same pathway with similar or better efficacy. Ideally, of course, these approved drugs would already be off-patent, and therefore inexpensive.

As an example, BioAge labs discusses on their website their drug development pipeline. Regarding one of the specific drug candidates they note:

Perhaps there are already small molecule drugs on the market today (for other indications) that are an agonist of the apelin receptor APJ. If we can identify these drugs (that may be generic, like rapamycin and everolimus) we may be able to get access to similar drugs at much lower cost, and much earlier than waiting for FDA approval of the proprietary compound from BioAge.

Similarly, BioAge has in-licensed a drug they call BGE-175, a DP1 receptor antagonist discovered by Shionogi & Co based in Japan. BioAge has identified it (through their multi-omics screening process) as a good potential drug for reversing or countering immune system aging. The drug was originally developed for treatment of asthma and the Japanese company took the compound successfully through phase 2 human clinical trials in Japan (so we know its safe), but then the drug failed in a phase 3 trial for asthma. If it looks like BGE-175 is effective at Immune system aging, then biohackers could look for other drugs that are also DP1 receptor antagonists, that might function in the same manner and with the same benefits as BGE-175.

In essence, we biohackers could take the reverse approach that Cambrian is doing with their mTOR inhibitor effort. Whereas they have seen the success of rapamycin in longevity and are seeking to find a molecule that is even better than rapamycin with lower side effect that they can patent. Biohackers can follow their research, then look for preexisting drugs (e.g. in the Anti-aging Drug Database or other drug pathway databases) that target the same pathways or receptors, and would likely provide similar benefits to the new molecules that companies like BioAge and Cambrian are identifying, but earlier and at a fraction of the cost of the new drugs.

Kristen: “We’re just at the tip of the iceberg, and there are a lot of promising, complementary mechanisms that can work together to impact aging." 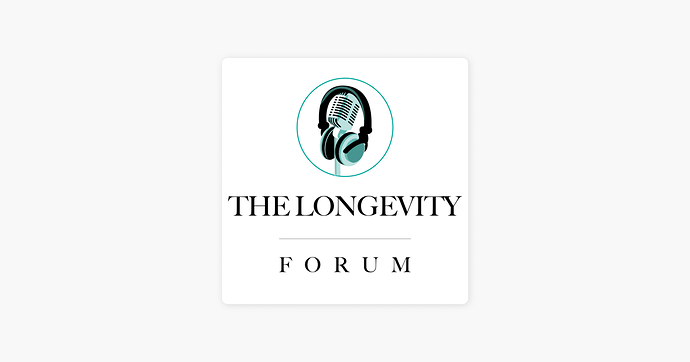 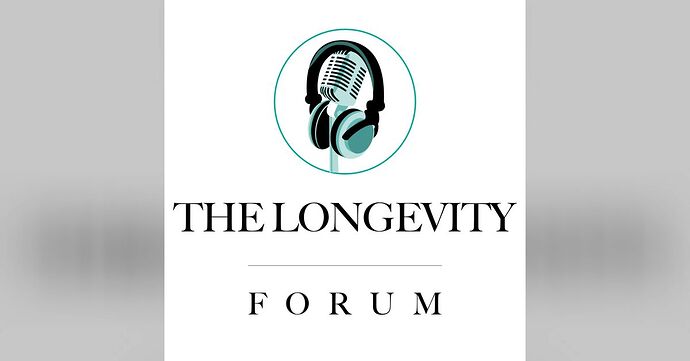 The Longevity Forum's Podcast | a podcast by thelongevityforum

The Longevity Forum is a not-for-profit initiative committed to achieving longer, healthier and more fulfilled lives for as many people as possible. More information on our website https://thelongevityforum.com.