Poll: When will Rapamycin go Mainstream? 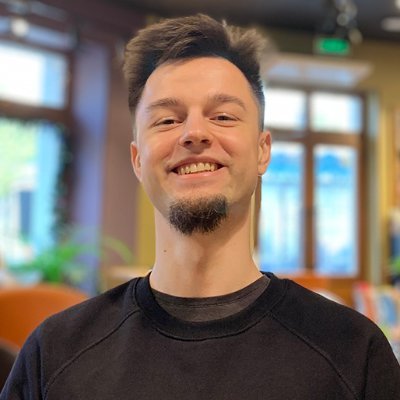 @PaulRBerg
Prediction: rapamycin will go mainstream at some point in the future, and this will be remembered as one of the most important things that happened during the 21st century.

@mkaeberlein
@PaulRBerg @RapaNews I think you're right, and I think it could very well happen in the next few years.

In how many years do you think rapamycin will go “mainstream”?

I suspect things will accelerate greatly after the dog data starts coming out… until then we have the problem of little concrete lifespan data in larger mammals.

The interesting question to me is if it will become easier to get & less expensive. Any thoughts from the group?

Once the dog data comes out, I’d predict a large uptick in doctors willing to prescribe it off-label. The FDA may never approve it for aging. It will take time for public acceptance even after the dog data comes out. A celeb will need to endorse it before it gains widespread acceptance. Oprah? a great retired athlete? It will be a fad before it is mainstream. We are not even in the fad phase yet, but in the “scary” drug phase. Ten years before mainstream.

I would compare it to therapeutic low-dose LSD. Due to regulation, it was in the scary illegal drug phase for decades, and only now is it becoming a fad as good science comes out. Have any celebs personally endorsed it yet?

look at metformin, which people have been taking for anti aging for the last 10 years. its still not mainstream, and the tame trial results wont be out for several years…

In other words, mainstream wont take up something like rapa, that has more risks to monitor then metformin for a long time.

is if it will become easier to get & less expensive.

As more and more data comes out, more and more doctors should prescribe it, I believe, and that will make it more available and easier to get. For example a group of doctors contacted me from the UK recently, and they are working on a protocol for prescribing it there. So I think that will continue.

As far as pricing goes - I don’t think that will change. its been a generic drug for many years now, and in most prescriptions (for cancer, transplant patients, etc.) its covered by insurance so they have no issues with the price. We will probably always have to pay for rapamycin out of our packets for anti-aging. Typical price in the USA seems to be in the $3 to $5 per mg. range, and $1 to $1.5 per mg in India. I don’t see that changing.

Who are the UK doctors that contacted you?

Hi RPS - thanks for joining. I’m not at liberty to share their names yet as they are still a work in progress. I’ll announce them when they are ready to take customers.

That will be great if you can tell us when they are ready.
Thanks very much.

Well the thing about LSD is due to the “scariness” it will probably never be “mainstream” due to the negative stigma built up over the many decades. That’s why a lot of researchers went towards Psilocybin as the drug of choice right now in a lot of the newer scientific studies.
Rapamycin still has some work to do, and it also depends if federal agencies and medicine are willing to actually look at the literature and not be swayed by the stigma of immunosuppression and other factors that were looked at in transplant patients. I am hopeful that some changes will occur in these agencies but looking at the hysteria that occurred with LSD, Ecstasy, other drugs and psychedelic compounds and the war on drugs , I do not think that will happen for awhile.

I would compare it to therapeutic low-dose LSD

Sheesh… that seems like an overly harsh comparison for rapamycin. There have been two decades, and thousands of studies on rapamycin and its an FDA approved drug for 20+ years - so I don’t think its at all like LSD, even at low doses.

I’m trying to think of a comparable drug… Metformin is somewhat similar but doesn’t have the stigma of association with “organ transplants and immune suppression” but also doesn’t have the lifespan benefit of 15% to 30% increase in animals - so its not the best comparison.

I looked at the list of most commonly prescribed off-label drugs - and can only see one that is somewhat comparable - Gabapentin. It was originally sold as an anti-convulant, anti-seizure medicine - but since then has broadened to all sorts of applications - from anxiety and stress, to pain, and many more areas. So I think that might be the best camparison… it came from a slightly scary application (seizures) and then went on to conquer the world of many other applications… but again here seizures don’t have quite the same concern as “immune suppression” (more accurately “immune modulation”) with rapamycin.

Have any celebs personally endorsed it yet?

Hmmmm, not yet, but I think we’re close.

Think about how many “celebs” that Peter Attia has reached with his podcasts, as well as podcasts with Tim Ferriss and Joe Rogan? Now - think about what would happen if Tim Ferriss, or Joe Rogan, announced great results with their use of rapamycin on their podcast… I think you could see Rapamycin become the new “Aspirin” overnight… at least “overnight” in historical terms

s like an overly harsh comparison for rapamycin. There have been two decades, and thousands of studies on rapamycin

someone must be buying, as i see that inhousepharmacy is sold out

I don’t think the dog trials will have that much effect except for experimenters like those already here. The reason is simple: most people rely on their healthcare professional for advice and unless and until there are human clinical trials for aging and rapamycin, they will steer away from recommending it. There are several issues here: they are busy and don’t have the time to read papers, they worry about legal liability in prescribing drugs off label, and rapamycin has a bad reputation because it was initially labelled an immune system suppresant instead of immune modulator. What doctor is going to tell a healthy person to suppress their immune system? I recently spoke with a medical doctor who is taking metformin for anti-aging and asked innocently if she also would consider rapamycin. “It’s too dangerous,” she replied with an emphatic no.

I don’t look at low-dose LSD harshly, though I’ve never done it. Much of the positive research coming out now is remarkable. However, I take your point that there is much more research on rapamycin. Probably your comparison of Gabapentin is more apt.

Perhaps an even more interesting question is – if, may it be so, there is wide interest in rapamycin for reducing aging, will there also be interest in research on other therapies? The recent post on Altos is encouraging (modern Medici’s may have some social benefit after all

There are advances in science & technology that aren’t per se about aging research. For example, I can imagine that effective therapies would not be best administered orally, but directly into the blood. If continuous glucose monitors can be inserted subcutaneously, I would think it could be possible to develop ways to deliver drugs. [I’m not so fond of needles.]

There are also people working on ways to package drugs to go to their target location & then dissolve the wrapper, to target therapies very specifically. I think the things being investigated at the Institute for Protein Design are magical & hopefully someday will be very useful.

There are, mho, a lot of possibilities that can turn into everyday with enough work being applied, which means putting money & resources into useful directions.

on the lsd microdosing front
this study just came out

Research at the University of Chicago has found that while taking small amounts of the psychedelic drug LSD — a practice known as “microdosing” — appears to be safe, it does not appear to significantly affect mood or cognitive function.

Seems like solid research that tried to remove the placebo effect

Yep, although I think the controlled setting doesn’t allow for a good experience. It’s also hard to control for these substances as in reality , someone will know if they are on psychedelics vs placebo. I have had some personal experience with micro dosing and do find mood enhancements. Although I think psychedelics get the best use out of full dosing for a “trip”. I am glad they are moving the goal post though in terms of safety and have been up to date in this research field as I want to actually do research in this field in the future. I think there is a lot of promise in psychedelics(like rapamycin) although I do not think rapamycin comes with the perceived negative stigma nor risk’s that psychedelics are perceived to happen under uncontrolled settings.

I predict a well-made documentary will blast Rapa into the mainstream consciousness. I’m not aware of one that exists or is in process, but if you know of a documentary film maker this is a giant pot of gold. After all, it’s about extending the life of dogs (EVERYONE loves their dog; look at the growing costs of dog healthcare) and boomers are now getting very afraid about losing it all.

I’m not sure an influential celebrity will do It. The requirement for off-label use could make them look fringy and vain.

Perhaps a well-written book could get there. If you’re an author, I recommend something short and profoundly hopeful.

Short of all this, I think it could take 10-20 years for the humans actually using rapa to show dramatic (hopefully) positive results.

I note from the poll that over 50% of people here think it will be mainstream within 5 years. 60% within 7 years. Someone reading this board may need to stand up and be the evangelist.