How Long Have People Been Taking Rapamycin for Anti-aging 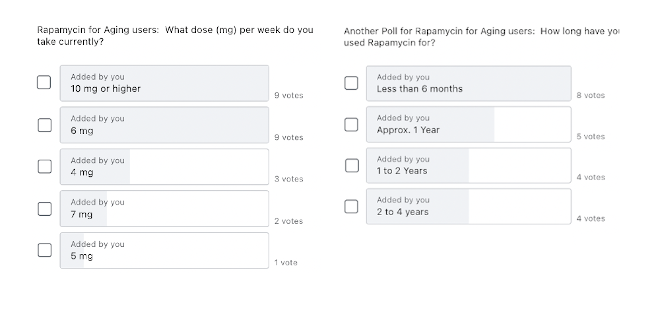 Rapamycin (sirolimus) has been used by people by organ transplant and cancer patients for over 20 years. But only in the past 5 or 6 years has it been used by people in anti-aging applications. People first started using rapamycin in a pulsed (weekly) dose protocol for anti-aging about 6 years ago (around 2015 or 2016). To date, we are aware of no serious permanent side-effects identified or reported by users.

While evidence had been piling up in the years after the initial yeast, fly and c.elegans worm studies with rapamycin and lifespan extension in the early 2000s, it wasn’t until 2009 that a mouse study showed that rapamycin could extend lifespan significantly even when given in middle age. Then in 2014 the well-known Mannick paper was published which tested the rapalog Everolimus in healthy people (with success in improving immune response) and at that point people started thinking seriously about applying rapamycin in healthy people to extend healthy lifespans.

What was unique in the Mannick paper was that the clinical trial was done in healthy elderly people, and the dosing was on a weekly basis. The positive results of the test, and the low levels of side effects, quickly resulted in many more people getting interested in testing and using rapamycin.

Dr. Alan Green is the first well-document person to start taking rapamycin for anti-aging, and then to start prescribing it for anti-aging applications. Here are some quotes from some early interviews (here and here) of his:

January 2016, I began the rapamycin-based Koschei formula with intent to take it for one year; in what could euphemistically be called a “proof-of-concept” experiment. I didn’t have to wait one year; by 4 months the results were miraculous. I lost 20 pounds, my waist-line went from 38 inches to 33. I bought a pair of size 32 jeans and didn’t have to wear joggers no more. I could walk 5 miles a day and ride a bike up hills without any hint of angina . Creatinine went from elevated to normal and fasting blood sugar went down. I thought I was Lazarus back from the dead. I feel great. I’ve also had no mouth sores, the most common clinical side-effect. For me, rapamycin is the world’s greatest medicine.

My first anti-aging patient drove from Ontario, Canada to my NYC office on 4/22/17. … The second patient was seen on 6/16/17. At that point in time, the only person in the public domain who had taken weekly rapamycin for a year or more was me.

Now approximately 2 years later, this office has seen over 360 patients. (in 2019, at time of this interview). Dr. Green now has over 760 patients.

Early results from rapamycin users are very positive with no serious side effects, but we still need large, long-term, well-funded clinical trials for healthy people to learn the optimal doses and dosing schedule, contra-indications, longer term side effects. We also need to identify the specific, measurable anti-aging effects and biomarkers in humans to validate efficacy for rapamycin and other anti-aging drugs.

One thing I don’t think I’ve seen anywhere is regarding the lasting effect of taking Rapamycin. If you stop taking it does your body revert over time to it’s “unmedicated” age, or are all or some of the effects permanent?

Its definitely an area where more research needs to be done but there is some research in this area of dosing and persistence of benefits. A study done by U. Washington where they dosed at a high level for 3 months (mice) was equivalent in terms of life extension to dosing at a lower level from middle age to end of life.

There is also a summary of different dosing strategies for rapamycin that came out last year from the NIA (National Institute on Aging) ITP program - here:

To see if variations in timing of rapamycin (Rapa), administered to middle aged mice starting at 20 months, would lead to different survival outcomes, we compared three dosing regimens. Initiation of Rapa at 42 ppm increased survival significantly in...