Rapamycin = Eating less + A Bunch of Side effect?

Rapamycin is just an mTOR inhibitor. From a very unprofessional prospect view, that is pretty equivalent to decreasing the rate of metabolism. As we know, by eating less, the lifespan can also be extended.
I know mTOR theorem may not be 100% correct, but what if it is true? What’s the point of taking rapamycin instead of just eating less? The side effects of Rapa are very severe, such as rashes, which is very unacceptable to me.

CR must be initiated before middle age to extend lifespan but, in any case, I’d argue the side effects of CR are far more significant than pulsed rapamycin dosing. For example the only thing I’ve experienced during 8 months of rapamycin is some acne when I go above 10mg/week. Long term CR can cause

We are allowed to do both. Every six months or so I take my rapamycin dose late on a Sunday morning with half an avocado. I then fast for a couple of days. I am hoping to achieve a bit more autophagy than with fasting or rapamycin alone.

Edit maybe it was this one 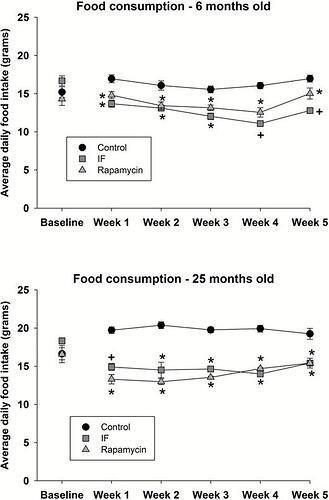 Abstract. Rapamycin, an inhibitor of the mammalian target of rapamycin pathway, has been shown to increase mammalian life span; less is known concerning its eff

Edit 2: side effects have been really mild for my, mainly weak and lightheadedness but that lasted for couple of hours

Welcome to the site! I enjoy seeing people’s ideas.

Having said that most of what you wrote is questionable. I don’t think Rapa decreases metabolism. Could be wrong. Also eating less does not necessarily extend lifespan. If you’re overweight it would, underweight probably not. This is one of my favorite episodes of The Drive, Steve Austad is really fun to listen to: 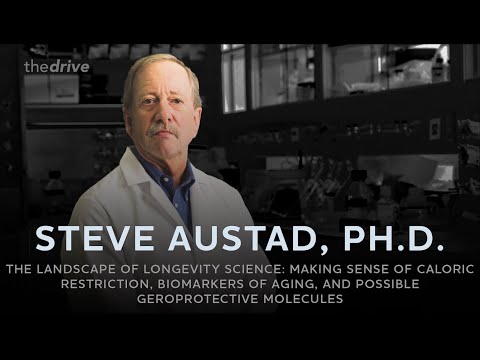 He talks about how restricted diet in wild mice shortens their life. Also he says obviously that for overweight mice or people diet restriction will work, but not for somebody that is already lean. If you have little time start listening at 1:28 or so.

I haven’t heard about rashes, I got a couple canker sores and had a few cramps but have been using for 2 years and it is a very easy medicine to take. Also it eliminated my arthritis and improved my brain fog.

I do get the rashes (quite visible also), canker sores, migraines, have had to take antibiotics for an infection. Having said that: Rapa is still worth it for me.

Thanks for sharing your opinions! Has anyone seen any change that can be quantitatively observed instead of subjective feeling to reflect the benefits of Rapa (such as reversal of the Methylation clock or decreasing of the number of wrinkles)?

Have you ever considered reducing the dose or extending breaks to reduce or avoid sides?

I’ve started to ride out my dose of Rape for 2,5-3 weeks before taking a new dose. To be frank I want to further increase my dose. But I’m interested in the alternative methods of delivery that were discussed in another thread and that hopefully may lessen some of the side-effects.

I haven’t begun taking Rapa, but I just placed a Rapa order online last week. The physician recommends I start with 4mg/wk. After reading about the side effects of the Rapa on this forum, I began to feel afraid and hesitant about whether I should take it.

Have you done a blood check for the Rapa concentration before a new dose period begins?

To be frank I’m not sure how objective the personal observation of a ‘reduction of the number of wrinkles’ would be. And would it be more objective than changes in energy levels that members have described?
I don’t have any wrinkles that I know of, but I have not observed any changes in the quality of my skin since taking Rapamycin. (And after I’ve had to take steroids for years that seem to have thinned out my skin, I would certainly have been happy with observable skin improvements

). I did observe an increase in energy levels.

As we know, by eating less, the lifespan can also be extended.

I have two points to contribute to this discussions.

I’ve tried the CRON diet for a year (caloric restriction with optimal nutrition) as outlined by Roy Walford and his daughter years ago. Had individual meals premade with the correct nutrients and calorie count, so I knew I was doing CRON and not cheating. It was hard! You’re always hungry. You’re thin and cold all the time. You lose muscle mass. Its not a pleasant experience and I don’t know anyone (of many that tried) who managed to maintain the diet.

In other words, the side effects of CRON are extremely high, and rarely acceptable to people (true CRON (e.g. reducing calories by 30% or 40% from normal), and not just skipping the odd pizza).

Moreover, we know now that Rapamycin is not a caloric restriction mimetic. They impact some of the same pathways, but they are like an overlapping Venn diagram. See here: Even with calorie restriction, rapamycin slows muscle aging

I’ve been on rapamycin for three years. Its not hard. Minimal side effects. I’m not hungry all the time. I’m not cold all the time. My mood is much better than it ever was on CRON. The side effect profile for Rapamycin vs. CR is 95% better in my experience.

While the research shows now that caloric restriction likely won’t extend lifespans in mammals if started after childhood, Rapamycin seems more likely to.

From my experience with both - Rapamycin is the hands down winner.

Your mileage may vary.

After reading about the side effects of the Rapa on this forum, I began to feel afraid and hesitant about whether I should take it.

Most people have no side effects. Those that do - typically just get temporary mouth sores that go away without treatment after a few days, and small rashes that also go away.

To minimize risk of side effects I would start at 1mg, slowly increase by 1mg/week until you get to your target dose. In my experience that minimized my side effects (one mouth sore in the first year of using rapamycin).

Thanks for your opinions and suggestions!

Have you seen this page: Side Effects of Rapamycin (part 2)

And this page: Anti-aging Benefits of Rapamycin, Personal Experiences (part 2)

and this: What is the Rapamycin Dose / Dosage for Anti-Aging or Longevity?

I believe rapamycin and time restricted feeding has allow me to reach stasis as far as weight is concerned. My weight has remained stable at my target weight for several months now. I follow a mainly South Beach diet which is a little higher in carbs and little less fat than a keto diet. Mainly I eat what I want and occasionally cheat. The only reason I eat two meals a day is that it is just too uncomfortable for me to try and get my day’s calories in one meal.

I have been taking Rapamycin (purchased from AllDayChemist) for the last 2-1/2 years. I started with 6 mg/week and went up to 10mg/week (one day a week). For several months, I tried 20mg/2 weeks.
During the first year I had canker sores three times. They healed in 2 or 3 days. Other than the canker sores, I have had no other side effects. I also don’t “feel” any different than I did before taking rapamycin. i usually take the rapamycin 30 minutes after eating a small or medium grapefruit.
So from my experience, there is no reason to have side effect fear. I do keep some anti-biotic treatments in the refrigerator ready to use if ever needed.

I started taking rapamycin a few weeks ago with 6 mg / week from the start. So far no side effects except my post meal glucose levels have been much higher but this only last for a day or two (I am not diabetic but I like to keep track of blood sugar levels to keep them low and stable for general health). The corrective I will take for this is to just eat less carby foods on the day I take Rapa and the day after. Otherwise it looks like my fasting glucose is actually a bit lower.