Here are a few recent podcasts that touch upon rapamycin; below I’ve linked directly to the section on rapamycin in each video.

A good intro and overview of rapamycin by Peter Attia if you’re new to the topic. And Valter Longo provides a contrarian view on rapamycin (at least contrarian to what most of at this site believe). The next in the series is the recent Tim Ferriss podcast with Matt Kaeberlein that covered a lot of rapamycin research, and the last podcast link is the StemTalk podcast interview with Matt.

And if you have questions about rapamycin, be sure to check our Rapamycin Frequently Asked Questions and Answers section. Its updated regularly, and you can always reach it at the top of the homepage of the site (on desktop/laptop and tablet computers, but not visible on phones).

And if you like podcasts, be sure to visit our full list of them: The Best Podcasts Focused on Health and Longevity. 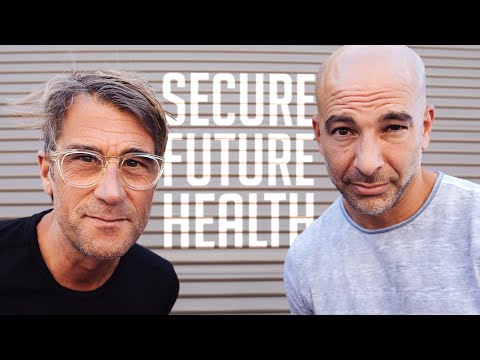 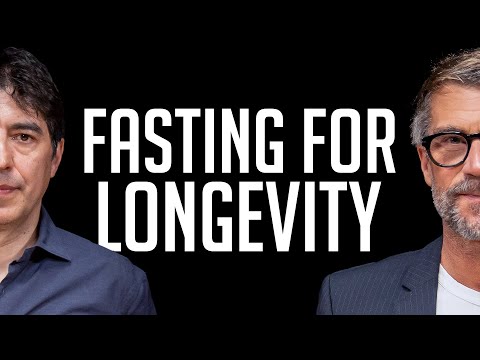 Matt Kaeberlein on Rapamycin (and more) (on Tim Ferriss Podcast) 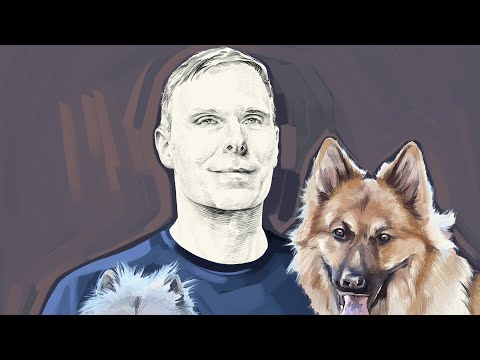 Matt Kaeberlein on Rapamycin (and much more) on the StemTalk Podcast 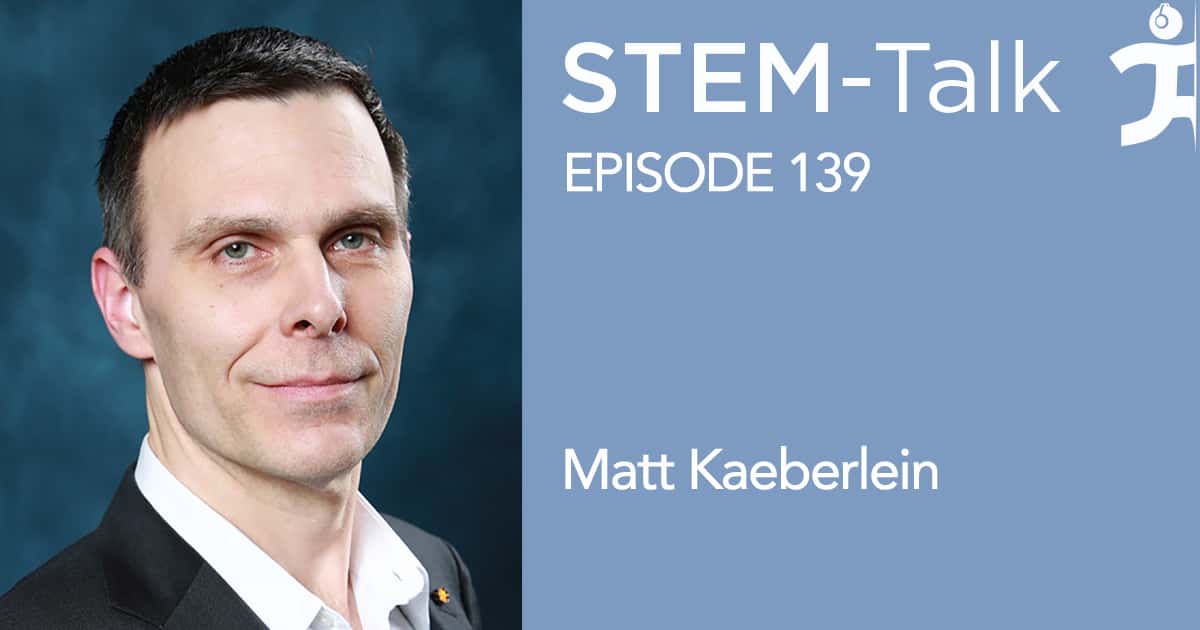 Listened to the rapamycin bit with Peter Attia, he’s super excited…“the most promising geroprotector molecule ever”. It extends lifespan in every animal model tested. He’s been taking it for 4 yrs, he “feels nothing, no effects”. Hmmm, does that mean he’s got no biomarker dysregulation, otherwise he would have declared? So he’s not taking much in his weekly intervention…my surmising.

I listened to most all of of the Longo podcast (Valter btw, not Walter). He is NOT a rapamycin proponent…“you cannot tinker with mTOR in such an evolutionary advanced species”. You will get detrimental effects, like hyperglycemia. On rapamycin, we shouldn’t be tinkering with downstream intracellular signalling. We won’t know for 30-40 yrs if it works, and it could have a very negative outcome. He believes in manipulating the master upstream regulators like the hypothalamus, growth hormone (GH), IGF-1 (he cites Laron syndrome cohorts, GH insensitive, dwarf like phenotype, who basically have no chronic disease). What he fails to say is these cohorts do NOT have a long lifespan, even though apparent healthspan. So every animal species shows lifespan extension on rapamycin, but he’s hung up on the dysregulation bit being a non starter for lifespan extension? I really don’t get the closed mindedness of Longo on rapamycin. We have shown conclusively that if you can harness mTOR inhibition, you CAN increase lifespan. So maybe he’s got translation myopia on rapamycin…“we won’t be able to overcome this fundamental dysregulation” no matter how hard we try. He cut his teeth on protein restriction and CR and longevity, both fundamentally connected with mTOR repression, yet he won’t allow himself to think about pharmacologically harnessing this pathway. I hope we prove him wrong.

Didn’t listen to any MK podcasts, cannot imagine I’d learn anything new. Please add if there is something truly new.

Thanks, MAC for the summary. I appreciate it. Right now we are in the wild wild west period of longevity research. Something we may be doing may be spot on. While others may do nothing and be a waste of money. Still, others may be even detrimental to our health. Right now the best we can do is to look at other animals such as mice and dogs and make our best guesses. And, of course, measure ourselves and how we feel.

I think there were two new bits of news to me, in the Peter Attia / Rich Roll podcast.

Obviously Peter is now prescribing it to his patients, given that he mentions some of his patients are now on rapamycin. This is great news and shows that after 4 years of using it himself, he’s confident enough that he feels ready to prescribe it to his clientele (remember, Peter’s clientele are all paying something on the order of $160,000 per year for his “concierge medical services” - so all of his clients are high networth people, and if any of his clients were to get seriously injured by following Peter’s advice … we, there could be “issues”, and so its not like there isn’t significant financial risk he’s exposing himself and his insurance company to, which I’m sure is why he’s taken his time before prescribing rapamycin, and I’m sure he’s having people do very conservative rapamycin protocols).

Also - Peter mentioned that as of 3 weeks ago Nir Barzelai has finally closed the full funding needed for the TAME / Metformin in Aging human clinical trial - which is big news. The first real aging drug clinical trial! It seems that maybe some of that Saudi Money in the Hevolution Foundation is starting to flow out and be useful.

I read Longo’s book and follow his longevity diet because I’m convinced that his approach regarding nutrition is strongly supported by scientific evidence and our evolution (the billions of years of R&D he refers to). I particularly appreciate the five pillar approach.

I had great results with his longevity diet and FMD. I lost 13 Kg in one year (without regaining them) my blood & bio-markers went all in the right direction and I feel fantastic.

But in my humble opinion - probably like most people here

- I think he is too cautious or wrong on rapamycin for the same reasons MAC mentioned above. I’m bullish about it and started to take it a couple of months ago. I personally think that it’s a great idea to combine Longo’s protocols with rapamycin.

I had great results with his longevity diet and FMD. I lost 13 Kg in one year (without regaining them) my blood & bio-markers went all in the right direction and I feel fantastic.

That’s amazing. I’ve read a lot of his work, and the only thing I agree with him on is low protein, fasting, and keeping insulin and IGF-1 signalling low.

I lost 50lbs over a year on a plant based, one meal a day ketogenic diet, without carbs. He only promotes healthy carbs as a macro in a lower protein diet, not healthy plant based fats, but yet he dosen’t explain the bias except “long lived societies eat high carbs”. This is an eminent scientist saying “association is causation”, without actually given mechanistic explanation?! He knows the real macro driving the association is low protein (and avoidance of course of refined carbs/sugar)

Well, to be fair to the eminent scientist, he writes a lot more in his books (by the way in agreement with e.g. Dr. Luigi Fontana, Sidney university) and does talk about healthy fats like extra virgin olive oil, nuts and so on.

He also says that a ketogenic diet can be very effective to lose weight in a specific timeframe, but that there is no data in adopting it for a lifetime. The populations in the blue zones on the other hand showed the feasibility and safety of their diets over generations. It sounds rational to me.

He promotes a lot of (organic) vegetables and legumes, which I think is pretty reasonable.

His longevity diet is very similar to the “original” Mediterranean diet (not what Italians, Spaniards and Greeks eat today) - which is not surprising, since he is Italian.

Anyway, I’m not his lawyer. Just my two cents. Being Italian myself I’m also very biased.

I found it interesting that Peter also says that only about 1/3 of his patients notice anything from rapamycin. He thinks that those who are less healthy feel it more.
He doesn’t discuss lipids and glucose findings in his patients.
He says that he stopped metformin due to some deterioration in his exercise capacity ( which i also noted) and he attributes that to mitochondrial dysfunction, but then he says that he wants to privately fund a study on metformin and longevity in the healthy population. Why not rapamycin? Makes zero sense.
He says that he could raise the funds in a matter of days! I guess so if you have patients paying you 160k a year just to be available to them.

Yeah, so my A1C went up 0.1% so I should toss the best longevity drug we have due to this “ dysregulation”.
But we shouldn’t be tinkering with downstream cellular processes apparently. We’ll never achieve longevity without risking some tinkering.

Obviously Peter is now prescribing it to his patients, given that he mentions some of his patients are now on rapamycin. This is great news and shows that after 4 years of using it himself, he’s confident enough that he feels ready to prescribe it to his clientele (remember, Peter’s clientele are all paying something on the order of $160,000 per year for his “concierge medical services” - so all of his clients are high networth people, and if any of his clients were to get seriously injured by following Peter’s advice … we, there could be “issues”, and so its not like there isn’t significant financial risk he’s exposing himself and his insurance company to, which I’m sure is why he’s taken his time before prescribing rapamycin, and I’m sure he’s having people do very conservative rapamycin protocols).

Cynical me says a lot of his high net worth, knowledgeable patients (when you’re rich you want to be young) would be up on the latest longevity hacks, and clamouring to their “longevity doctor” (which is his marketed niche) to allow them to try Rapamycin, especially when he touts it so highly himself. Giving his patients a few mg at a spaced dosing, super LOW risk, has signed waivers for sure, and allows him to satisfy his followers. He’s a good marketer.

I’m more cynical than you. If I’m paying you 1.6 million dollars over 10 years for your medical opinion, then I want a signed agreement that I’m going to live to over 100 years in excellent health. Otherwise, money back.

Personally, I think my opinion is worth about $1.60 a year, and that’s adjusting for inflation.

People who have more money than brains.

He doesn’t discuss lipids and glucose findings in his patients.

Do you think he’s not sharing his either by design? He says he has “no effects”…do you assume that means no markers dysregulation OR (more likely?) just “how he feels”? Sort of left us guessing.

but then he says that he wants to privately fund a study on metformin and longevity in the healthy population. Why not rapamycin? Makes zero sense.

Agreed, what logic is that? He slams metformin re mitochondria, yet wants to give it to healthy persons with no glucose issues. And the ITP found no life extension with metformin. Are there not arguably far better glucose lowering meds (with ITP longevity signals) that his rich clientele could afford than old school metformin? If I’m paying $160k/year, give me top shelf stuff.

I don’t understand the metformin thing at all unless he thinks that it’s easier to raise money for it.

I think maybe the large study that showed reduced all cause mortality in diabetics…perhaps too many confounders, and he’d REALLY like to know if you could replicate this association to a young cohort, would you see same effect? I recall when reviewing those studies…the community also pondered same. Intellectual curiosity.

Waste of time.
Do it with rapamycin + something else.
Let’s get serious.

Most of us don’t want to wait that long to start taking it - though I hope to be here in 40 years to report “yeah it works!”

“If you wait until you are ready, it is almost certainly too late.”

Another short new interview of Valter Longo for those who are interested in a brief introduction to the fasting mimicking diet and its origins:

See this video below, queued up at the point where he discusses it: 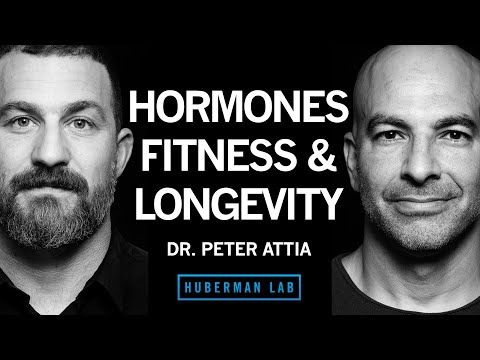