Did you really compare clozapine with statins? Check the receptor binding on clozapine and compare it with statins mechanism of action. Statins inhibit HMG-CoA reductase. That is not a dirty drug and 90% having no side effects. If that is, then it is a meaningless word.

Statins is the poster child for drug specificity. 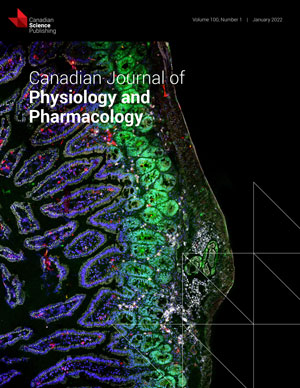 Should we clean up the reputation of “dirty drugs”?

It’s absurd to say that statins only have one mechanism of action.

At least half of patients stop taking statins due to side effects. For the same reason, clinicians hesitate to use them.

That is the mechanism of action.
It is actually 10% that stop because of side effects:

In US clinical practices, roughly 10% of patients stop taking a statin because of subjective complaints, most commonly muscle symptoms without raised creatine kinase.

Statins clearly help to lower the risk for future ASCVD events in patients at risk. In general, statins are very well tolerated and about 85-90% of patients report no side effects. Assessing Severity of Statin Side Effects: Fact Versus Fiction - American...

None of the longevity gurus would take statins where side effects are in 50% of patients.
None of us would take rapamycin if that was the case as well.

If your apoB is zero, you would most likely die. So much for “no benefit”

My bad, I misread - thank you for catching it

If one eliminates known nocebo effects, maybe if one uses pharmacogenetics, hydrophilic statins, lower dose, and modified intermittent dosing - it is plausible to drastically reduce a lot of potential side effects often which are dose dependent. The main issue is it’s still not quite certain what an “optimal” level is and under what circumstances if we assume the LDL hypothesis is true (there is a compelling case). It could be right around LDL 75 with pattern A for all we know - which can be done through lifestyle and specific dietary changes alone.

Realistically patients are not going to have an LDL at 75 or apoB around the same from diet and lifestyle. Especially when genetic variance with respect to LDL cholesterol is taken into account, if I am speculating. It seems impossible for many people. Like the top 30th percentile when it comes to LDL, can they really get to the 75 with diet and lifestyle?

I suggest you look at soluble fiber/psyllium husk, cacao nibs, and plenty of vegetables with no highly processed foods, avoidance of overweight/obesity, EPA/DHA from fatty fish, certain strains of bacteria in fermented foods, the addition of nuts (walnuts well studied), and minimization of certain types of saturated fats. Perhaps even certain citrus peels if processed correctly.

The traditional Mediterranean diet is around 25% LDL reduction alone.

If someone did that, and LDL goes below 75 (inevitable with genetic variation), do you see a reason to increase it?

There are relative accuracy issues with testing LDL. I’ve taken two samples on the same day using different testing at the same hour partly because one was free. Pretty different values. To be clear I mean very roughly 75. It’s not a magic number.

My main argument is with those who think it’s somehow an established fact that getting LDL close to zero would eliminate CVD and total mortality. We don’t know that.
Using statins as an example also isn’t clear since they work in multiple ways, not just LDL.
Also, saying that the side effects are minor contradicts what most of us hear from actual patients on a daily basis. Sometimes it takes some probing. They deny cognitive issues , but admit to having poor word retrieval upon further questioning.
We saw this with Paxil. All of the studies showed no weight gains, but patients were constantly complaining of it after 6-12 months of usage.

Did you find a patient with any negative cognitive impairments (that we would expect from statins) using say low-dose rosuvastatin and target LDL around 75 at a frequency beyond what would be expected from nocebo? It shouldn’t cross the BBB as opposed to say simvastatin or atorvastatin.

Well if the test is actually accurate and repeated below 75?

My main argument is with those who think it’s somehow an established fact that getting LDL close to zero would eliminate CVD and total mortality. We don’t know that.

Using statins as an example also isn’t clear since they work in multiple ways, not just LDL.

Also, saying that the side effects are minor contradicts what most of us hear from actual patients on a daily basis. Sometimes it takes some probing. They deny cognitive issues , but admit to having poor word retrieval upon further questioning.

That’s fine, but the value itself can fluctuate. Let’s say it’s slightly below - I wouldn’t be really all that concerned at 70. I suppose I shouldn’t have used a specific number but use a range instead even though it’s somewhat arbitrary, partly based on mortality curves adjusted for LDL-lowering treatment.

I’d say outside of a medical condition - it’s unlikely to be <40 from lifestyle alone. I’d pull back a bit on any dietary additions that likely lower LDL if I went down to say 25. Hope that helps get an idea what I mean

Ultimately, what is the theoretical absolute risk reduction involved with addition of a statin for LDL 75 vs 40? That’s the main issue - potential benefits vs potential risks.

That’s interesting, you wouldn’t be completely opposed to LDL’s in the low 30’s then? I think that’s around where there stops being a benefit of lowering further as we do not have clinical trials from levels that low.

Ultimately, what is the theoretical absolute risk reduction involved with addition of a statin for LDL 75 vs 40? That’s the main issue - potential benefits vs potential risks.

I don’t think there is any risks, so there is only potential benefits IMO. Those assosciation studies are not convincing at all. The PCSK9 genetic and inhibitor trials, also statin trials, lowering from already low is very convincing.

No, the lower it goes, the more potential for risk. Especially if we have multiple repeated testing.

I don’t think there is any risks

There are flaws with relying on Mendelian randomization. We have no idea what myriad of potential effects are involved with loss of function PCSK9 individuals as opposed to using statins to get to the same levels. Not only that, statins increase PCSK9.

I don’t think we have to argue about this, 70 is good, below 60 is good too. It’s a magnitude of difference from the wackos who say that, 150, 200, 400 is just fine. Statins have shown benefits from reducing below 70. There isn’t genetic studies using the statin mechanism, sure. But the benefit from PCSK9 is obviously from LDL lowering, so statins would have the same one. I personally am targeting 30 apoB, but if I need a very high dose of statins, maybe i’ll be happy about having below 60. Genetic studies suggest low risk, some risks with certain types of LDL lowering.

Statins have shown benefits from reducing below 70.

The potential benefits in people who are indicated for it. They are making a tradeoff for benefit vs risk. Not the same as healthy individuals.

There isn’t genetic studies using the statin mechanism, sure

There is for HMGCR with negative cognitive effects.