Association of Lipid Levels With COVID-19 Infection, Disease Severity and...

We demonstrated lower lipid levels in patients with COVID-19 infection and an association with disease severity and mortality. Their potential role in COVID-19 pathogenesis and their utility as prognostic factors require further investigation.

Another observational study which at first glance would appear to suggest that low LDL (and low HDL) cause more severe COVID. In fact, the proposed mechanisms are the other way around, that COVID/inflammation/liver damage causes decreased LDL and HDL. 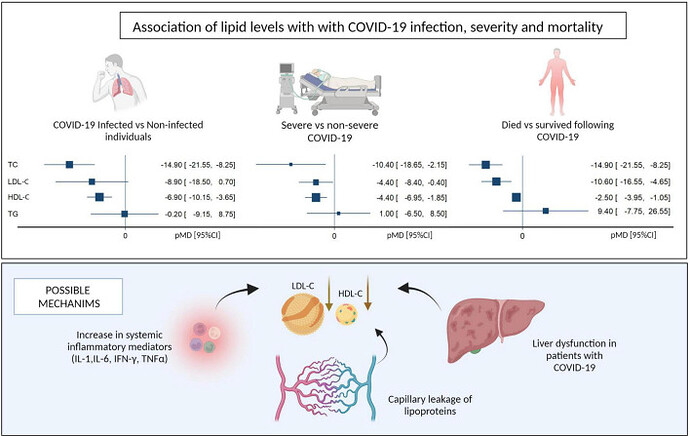 This is the problem with observational studies that show increased mortality with lower LDL. If anyone can show me a study where LDL was pharmacologically lowered and then an increased rate of infections was seen, then that would be interesting. To my knowledge, that’s never been seen in the clinical studies with LDL lowering supplements or medications. 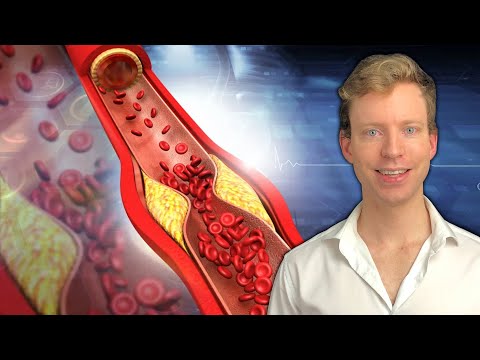 Brand spankin’ new video from Brad Stanfield MD, addressing/summarizing much of what we’ve been discussing/debating. The first part is just review, but keep listening…

Very little financial incentive to run that type of study. Besides, the argument would then just be that it’s some other variable and not the low lipids responsible for the infections.

Everything in biology seems U shaped.

Too much mTOR
Too little mTOR

There’s no reason for lipids to be the exception. In general don’t overreact and don’t tinker too much with a finely evolved and complex physiological system that we poorly understand. We did that when we tried to raise HDL and watched people start to die of heart attacks.

There’s lots of studies now associating low LDL with overall mortality and even infections. Enough for me not get too extreme with it until we know what we’re doing.

More out of date doctors. This study from 2021 on patients with stable angina demonstrated that Triglycerides/ HDL was the most sensitive marker of progressive disease by the gold standard of angiography.

LDL and even ApoB , not so much.

Maybe the ratio still has value after all.

Just my non-scientific wondering on this subject ….
The body produces its own cholesterol for its uses/needs which is transported around with lipoproteins of various sorts, and it appears that one use is for helping to clear bad stuff out of the system.
Logically then LDL could be elevated when on a bad diet and all the while one is losing weight or benefitting from autophagy from whatever means etc.
As the liver then clears the LDL, I see nothing wrong with helping it if LDL is abnormally high if one doesn’t get side effects as a result. That said, one shouldn’t discourage the liver from being up to the job without help (Use it or lose it). Therefore, it might make sense to cycle LDL-c lowering drugs.
Once the body is at optimum weight and all the bad past damage that can be removed has gone, then assuming the food inputs are not bad then LDL should naturally lower itself and a properly functioning liver will do its job without help.

Maybe wishful thinking but to me it fits with both sides of this argument going on in this thread.

Unless I read the article wrong, the problem of this study is that the people are both old* and overweight. BMI +27.53 ± 3.60 from the cohort.
Plus a large percentage were already suffering from hypertension, diabetes etc.

This is a really interesting paper. It may explain why Matt K takes rapamycin for 10 weeks and then cycles off for a sustained period of time. It also seems to suggest that rapamycin may be effective against LV stiffening (For lack of a better word).

I’ve always been terrified by this study because the premise was that exercise after age 65 or so might be beneficial but would not affect cardiac plasticity. So the whole premise of the study was to look at healthy sedentary people 50-63 to judge the effect of exercise.

“ By contrast, if exercise training is started too late in life (e.g. after age 65 years), there may be little effect on LV stiffness as a result of a reduction of cardiac plasticity in sedentary, senior hearts (Fujimoto et al . 2010; Fujimoto et al . 2013).”

The impact of 2 years of high‐intensity exercise training on a model of...

Assessing the effects of exercise training on cardiovascular variability is challenging because of the complexity of multiple mechanisms. In a prospective, parallel‐group, randomized controlled study, we examined the effect of 2 years ...

Interesting look at a 10 day water fast. Almost a 10 drop in weight and a steady loss of body fat accompanied by a drop in systolic blood pressure.
The LDL and ApoB went up by approximately 45%!

“The LDL and ApoB went up by approximately 45%!”

This is a similar effect I first encountered when I went on a ketogenic diet. My morning fasting glucose levels went way up. The ApoB didn’t go up much on TRF. It’s like when we are fasting the liver just keeps pumping out more glucose from the glycogen it is storing.
While I was on a ketogenic diet my lipids increased but were never out of the “normal” range.
On rapamycin, ApoB is the same but my lipids, especially triglycerides, increased well beyond the “normal” range.

Did you change your diet, added a statin or any supplements to counteract elevation of lipids?

I suspect that during and immediately after a fast, the flood of free fatty acids released from fat storage has an acute effect on raising LDL/ApoB, which then normalizes after the fast ends and body the re-adapts to food, after which a longer-term decrease in ApoB, LDL is observed as long as fat loss is maintained.

Looks like that’s the case after reviewing the above paper posted by Rivasp12. Seems strange that they didn’t measure free fatty acids, since I think that’s the majority of what’s released into the blood during fasting rather than triacylglycerols (aka triglycerides).

The content of non HDL cholesterol is a more causative predictor than ApoB particles number.
Both more predictive than LDL ( not saying much).

It seems there are now several different places saying that oral bacteria cause atherosclerosis, among other bacteria and virus. ie microbial burden.

High-risk periodontal pathogens contribute to the pathogenesis of...

Periodontal disease (PD) is generated by microorganisms. These microbes can enter the general circulation causing a bacteraemia. The result can be adverse systemic effects, which could promote conditions such as cardiovascular disease. Level A...

I got 5 different studies that say the same thing here:

Probably many more than that but I didn’t chase down all the references.

So when I got afib from (most likely) low magnesium and I was referred to the best heart doctor around. That clinic was very nice and so were all the members of his team. I asked what caused it and asked several specific questions about cause. He said it didn’t matter what I eat and never mentioned dental hygiene either. These papers aren’t brand new, they act like this is common knowlege, just going by the language in the papers. The bacteria cause the infection that starts the ball rolling.

Why don’t I get a test for my microbial burden at my next checkup? If it’s high then what do I do? Ozone?

He said it didn’t matter what I eat and never mentioned dental hygiene either.

Do you have any opinion on triphala as a mouthwash?

A randomized clinical trial to evaluate and compare the efficacy of triphala...

Triphala is a combination of three medicinal plants, extensively used in Ayurveda since ancient times. Triphala mouthwash is used in the treatment of periodontal diseases because of its antimicrobial and antioxidant properties. The aim of this study...