I’ve been supplementing with NMN for a couple of years and never really felt any effects, thinking it was just a subtle energy boost. However, in the discussion between Dr Mercola and Tony Robbins, both agreed that supplementing with NMN was a definite boost to energy and longevity however the source of the NMN is a huge issue as both said that most NMN on the market contains little to no actual NMN and the substance itself, tends to be unstable and degrades quickly in storage

Has anyone found a 3rd party lab certified source of NMN that can be purchased and stored in the home?

See this post… In the lower half of the posting.

When dealing with Chinese supplement, chemical, or drug suppliers, in my experience its been very important to verify / test everything, every time - and even then you should expect problems. I’ve had situations where the sample they gave me (which I had lab tested) is different from the ultimate product they shipped (which I had lab tested again)… then they just stop responding to your emails and phone calls. Its not like you can call the Better Business Bureau and lodge a complaint. There are many conmen over there acting as middlemen and they know you have no legal recourse and can never get your money back… and they don’t care what harm they might be doing to people… its scary. I believe that in the USA and Europe, etc. the legal systems help to deter the sociopaths in business. In…

That’s my fear as well, that I’m buying from a U.S. based distributor who is sourcing from a Chinese manufacturer. But knowing how many individuals on here are probably using NMN, I thought it may be worth a try asking the group if they have a good, reputable source for it.

Thanks for the link to the chart, I’m using ProHealth longevity so apparently I’m actually getting what I’m paying for. Is there any information available on how fast it degrades?

Is there any information available on how fast it degrades?

No - but I have heard that this can be a problem.

This video provides a list of tested brands, both the good and the bad. 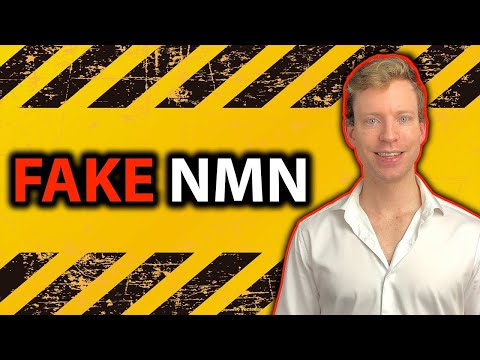 Great video, going to check out labdoor now, thanks

I bought Nicotamide and Riboside powder and made my own NAD precussor. It works great taking 1 gram of each a day. More energy from increased NAD. You do not say how old you are. A young person under 50 in good shape has tons of energy already and will not have had much loss of NAD. Older gets most benefit. You can continue with NMN or try my formula and save a lot of money, but get superior results. I am 76 yo. male.

I’ve been thoroughly underwhelmed by all the NAD precursor research and, if you listen to the recent podcast, it seems like MK and PA feel the same. Just an expensive placebo imo…

“I’ve been thoroughly underwhelmed by all the NAD precursor research”

Me too. I have wasted a lot of money on NAD precursors over the past few years to no discernable effect. The benefits are suspect at best.

Yes - I also think that a lot more research needs to be done before I’m convinced… especially given the failure of NR in the ITP studies.

And I think that the other compounds like rapamycin, SGLT2 inhibitors, acarbose, and even astaxanthin, have more and better research and are much cheaper for the outcome (the best bang for the buck, as they say).

But - I’ve heard from some people that they sleep better, have more energy, so if you get immediate positive results that you like and feel are worth it, then have at it. I just don’t think it does anything to help you live longer. 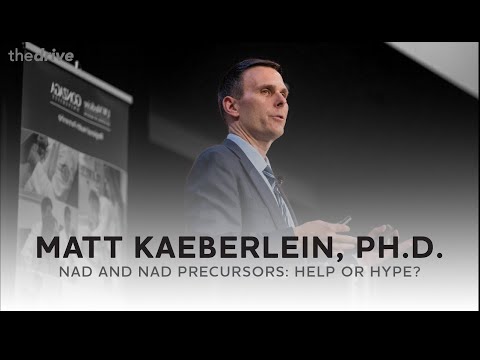 I thought the same way, but was willing to try anything to get more energy. N+R is dirt cheap, and worth a try. (Powder on Amazon, and the real deal) It has really helped me. My mind is clearer, can walk further and have increased my reps on the weights without effort. I would never buy NR or NMN, way overpriced. Also, you need to take 2 grams (1 gram of each) to get the results, not the measly 500 mg. they recommend. Up to you and anyone who is willing to try one more experiment to feel better.

I’m a 62 year old male, I feel like I’m old enough to be able to enjoy the increased energy, but like a lot of you, I’m doing so many interventions that it’s extremely difficult to pinpoint which ones are working effectively.

. And then there’s the fear that some are counteracting others, and some are under-dosed, and some are working behind the scenes with no discernible effects felt but if you stop them, you will begin to deteriorate and age more rapidly. Lol

The placebo effect is not to be discredited. It actually cures illnesses.

Is the placebo effect real?
“Placebos are extraordinary drugs. They seem to have some effect on almost every symptom known to mankind, and work in at least a third of patients and sometimes in up to 60 percent. They have no serious side-effects and cannot be given in overdose. In short, they hold the prize for the most adaptable, protean, effective, safe and cheap drugs in the world’s pharmacopeia.”

Placebos: The power of the placebo effect

The placebo effect is a phenomenon in which the body starts to heal even if it only thinks it is receiving treatment. The effect is mysterious, pervasive, and clinically important. Here we discuss what it is and theories as to how the placebo effect...

The nicotinamide adenine dinucleotide (NAD+) level shows a temporal decrease during the aging process, which has been deemed as an aging hallmark. Nicotinamide mononucleotide (NMN), a key NAD+ precursor, shows the potential to retard the...

The results showed that 4 months of NMN administration had little impact on the colonic microbiota and NAD+ content in aging mice, while it significantly increased the jejunal NAD+ content and improved the jejunal structure including increasing the villus length and shortening the crypt. Moreover, NMN supplementation significantly up-regulated the mRNA expression of SIRT3, SIRT6, nuclear factor E2-related factor 2 (Nrf2), heme oxygenase-1 (HO-1), the catalytic subunit of glutamate-cysteine ligase (GCLC), superoxide dismutase 2 (SOD2), occludin, and claudin-1, but down-regulated the mRNA expression of tumor necrosis factor alpha (TNF-α). Specifically, in the D-gal induced senescent IPEC-J2 cells, 500 μM NMN restored the increased mRNA expression of interleukin 6 (IL6ST), IL-1A, nuclear factor (NF-κB1), and claudin-1 to normal levels to some extent. Furthermore, NMN treatment significantly affected the mRNA expression of antioxidant enzymes including NQO1, GCLC, SOD 2 and 3, and GSH-PX1, 3 and 4. In addition, 200 μM NMN enhanced the cell viability and total antioxidant capacity and lowered the reactive oxygen species level of senescent IPEC-J2 cells. Notably, NMN restored the down-regulated protein expression of occludin and claudin-1 induced by D-gal. The above data demonstrated the potential of NMN in ameliorating the structural and functional decline in the intestine during aging.

The biggest effect I noticed with NMN was recovery from workouts and ability to build muscle.

Yes, as @desertshores says above, placebos can be very effective.