Is anyone alternating cycles of rapamycin with cycles of mitochondrial peptides like MOTC or SS31? If so, what is your protocol, and how do you feel when you switch to the peptides?

I’ve heard a little bit about these peptides - but never see any lifespan studies on them. How good is the data / research on them? Are there any good academic research labs regularly doing mouse studies on them?

Mitochondria are known to be functional organelles, but their role as a signaling unit is increasingly being appreciated. The identification of a short open reading frame (sORF) in the mitochondrial DNA (mtDNA) that encodes a signaling peptide,...

SS31 is better in older people, could be counterproductive in younger people See Nathan Basisty on YOutube

I see Nathan Basisty is a Buck Institute researcher - so a good resource. Most of the stuff I see on YouTube related to SS31 looks to be people trying to sell it (doctors, etc.) so not the independent third party / researchers that I like to get my information from.

SS31 does look interesting though. What specific to aging has it been shown to improve?

Sleep deprivation is a potent stress factor that disrupts regulatory pathways in the brain resulting in cognitive dysfunction and increased risk of neurodegenerative disease with increasing age. Prevention of the adverse effects of sleep deprivation...

Only problem with this is that its short term so not as impressive. I would like to see long term sleep deprivation effects. 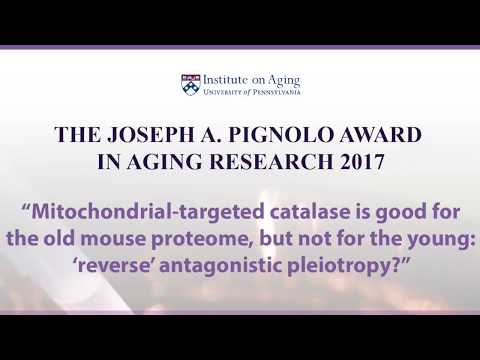 (NOT the same as catalase)

I just got injection of SS31

MOTS-c is a myostatin downregulator which relies upon activation of mTOR complex 2 for its effects. Rapamycin, on the other hand, downregulates mTOR complex 1 (at the doses used for life extension). There is no reason to use them separately, in fact they probably work better when used together. The claim about some teeter-totter effect on Ampk/mTOR when adding in Mots-c to the regimen makes no sense.

But, as of now, there isn’t any data on Mots-c in humans, so I wouldn’t waste my money on it at the moment (especially because it’s quite expensive).

Shouldn’t peptides be super-easy to synthesize (oligonucleotide synthesis) in the future?

The mechanisms that explain mitochondrial dysfunction in aging and healthspan continue to be studied, but one element has been unexplored: microproteins. Small open reading frames in circular mitochondria DNA can encode multiple microproteins, called... We investigate exactly what are peptides? Why are so many people suddenly promoting them? And do they even work?