One side-effect of stopping NAC is increased anxiety. While taking NAC, it seemed like I was anxiety resistant. After stopping NAC, I find I am anxious about things I wouldn’t normally be. As NAC is mood affecting in regards to anxiety and depression, I should have expected this. I hope it goes away soon…

I miss the mental health benefit of NAC, so I am considering taking a low dose again. I will start with 1g daily. Also, I have had a history of pre-cancerous colonic polyps, and according to the study below, it appears NAC gets rid of them completely. I would love not having to have a colonoscopy every 2 years!

N-acetylcysteine suppression of the proliferative index in the colon of...

This investigation is part of an effort to develop chemoprevention for carcinogenesis of the large bowel. The agent investigated is N-acetylcysteine (NAC). We used as a predictive biomarker, the proliferative index (PI), in a short-term human study....

This investigation is part of an effort to develop chemoprevention for carcinogenesis of the large bowel. The agent investigated is N-acetylcysteine (NAC). We used as a predictive biomarker, the proliferative index (PI), in a short-term human study. Patients with previous adenomatous colonic polyps are a cohort with increased risk for colon cancer and an increased PI of colonic crypts. They were randomly assigned to an experimental group given 800 mg/day of NAC for 12 weeks or a placebo group. Using proliferative cell nuclear antigen immunostaining, the PI of colonic crypts was measured prior to and after the treatments. The PI of the NAC group was decreased significantly (P < 0.02) while the placebo group showed no difference (P > 0.45). Since this decrease in PI may be an indicator of decreased risk of colon cancer, more extensive studies of the potential of NAC as a chemopreventive agent for colon cancer appear warranted. >

In addition, there is this study that shows NAC protects against lung cancer in mice.

Prevention of cigarette smoke-induced lung tumors in mice by budesonide,...

Lung cancer is the most important cause of death among neoplastic diseases worldwide, and cigarette smoke (CS) is the major risk factor for cancer. Complementarily to avoidance of exposure to CS, chemoprevention will lower the risk of cancer in... 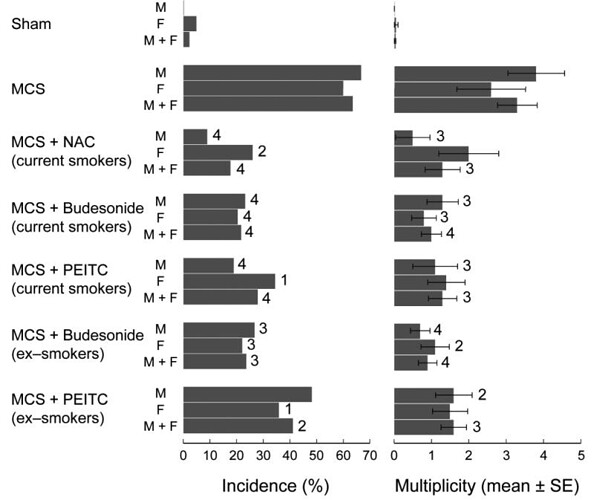 This study says NAC has no effect on lung tumor formation in mice:

Successful and not so successful chemoprevention of tobacco smoke-induced...

Strain A/J mice underwent whole body exposure for 6 hours a day, 5 days a week, for 5 months to a mixture of cigarette sidestream and mainstream smoke (89%-11%; total suspended particulates 80-150 mg/m3), then were kept for another 4 months in air...

The one thing most studies agree on is the positive mental effects of NAC on OCD, anxiety, and addiction. I agree as I found I had a much less anxious and peaceful attitude while taking NAC and was able to kick an addiction I had for about 30 years.

Possibly a stupid question, but if the purpose of Glynac is to boost Glutathione, why not just take a Glutathione supplement?
Is it because they have zero bio-availability?

When you take the precursors, your body can make as much or as little Glutathione as needed. If you directly take Glutathione it is easy to overdose and you could cause reductive stress. You can’t do that with precursors.

This video explains why NOT to take glutathione supplements. Also the Glutathione degrades quickly unless you use liposomal but then it could cause reductive stress which is bad. 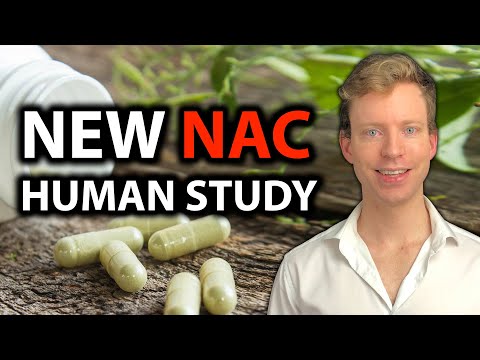 The video mentioned above.

I have to wonder why there have only been a couple of studies showing these remarkable results from supplementing with very large amounts of NAC plus glycine. The studies all come from Baylor University College of Medicine, by the same people, and having an extremely small number of participants. I would think that something possibly providing such incredible benefits would be studied by other organizations and using much larger numbers of participants by now.

Thanks for all the replies.

I’m surprised more people aren’t talking, or drilling down more, on the veracity of the study linking NAC to lung cancer.

I can say that my 75 year old parents have been taking Glycine and NAC and have seen the same benefits to blood glucose as in the study. Their inflammation was already low though so there was not much change there. So far real life is consistent with the studies. N=2

But if you are also taking Rapamycin, it will suppress the potential of getting cancer. Just like taking metformin to neutralize the negative side effect of Rapamycin on blood sugar.

I hope you are correct. Rapamycin does seem to be effective against lung cancer.

One of the best and noticeable differences after taking NAC is that it appears to help with mood, anxiety and OCD.