Will Rapamycin Increase Our Lifespan? Unlikely

Why do I think that there is something missing about extending lifespan?

There are a million things that can cause mutations in the human genome. Most of them are bad, the very bad do not last long.

The mutations that are good are few and far between.

You would think though, that after the billions of people who have lived since recorded history, based on things like diet, society, ethnicity positive gene mutation, etc., we would have had several if not many instances of real longevity, i.e., people who have lived longer than the current paltry 118+ years.

My current thinking is that things like rapamycin are increasing human healthspan not human lifespan. The lifespan increase is due mainly if not solely to the health span increase in individuals.

So, even if we are taking rapamycin when we are young, it is unlikely to extend our age past 120 years.

In conclusion, I don’t think anything except gene editing is going to help people to live to anything like 150 years. 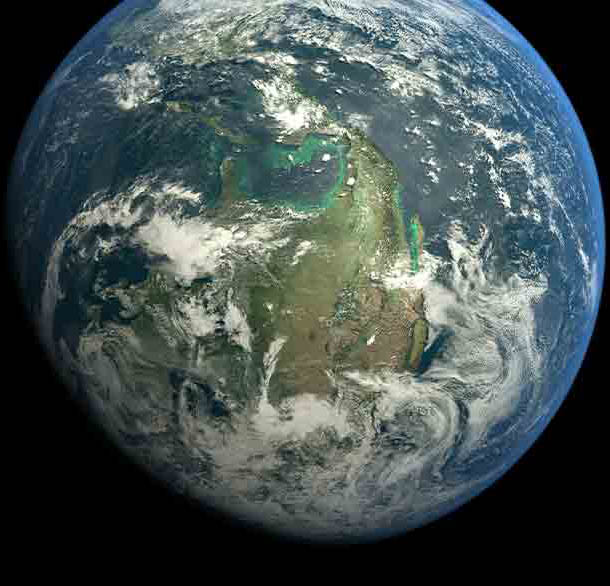 How Many People Have Ever Lived on Earth?

I think there’s not enough data to come to such conclusion. We really don’t know much.

My goal is to reach 108 only, so I’ll be the oldest in my family (my grandfather’s sister) though looking through the family history they had a cousin that got older than that even still (but I never knew her so it doesn’t count)

In all seriousness I’ll be be happy to just become a centenarian relatively healthy…but yes you are right rapamycin doesn’t increase species maximum lifespan but it does increase your chances of getting there: no rapamycin treated mice ever got older than the oldest controls…

Ok, true, so we will only get up to age 122 with rapamycin. But how many people will only do rapamycin. If you look at our last survey most people are taking at least one other longevity drug and supplements… So who knows what the effect will be all combined.

Not trying to be negative and I would love to be wrong, but I think probability and statistics argue that billions of people with different diets, lifestyles, etc have not produced any significant results. Some point to Okinawins etc., they only live longer lifespans than the average.
So, you would expect countless variations of diets, etc, to produce some outliers that live way beyond the ~120 yrs that seems to be our upper limit.

So, countless variations in dietary intake of micronutrients, etc have produced nothing other than increased healthspan. That is why I am convinced until proven otherwise that nothing except gene editing is going to significantly extend lifespans.

If we are going to live a long time we need things to be repaired, like missing teeth. What is rapamycin going to do for the fact that gravity alone is killing us? That is why we see so many bent old people. Even if you take rapamycin you are still going to wear out various body joints. You will see the collapsing of your spinal disks etc.

I pretty much agree with you. Rapamycin should (hopefully) will keep us young/healthier enough to live until new advanced medical treatments are found/discovered in the future. Aging is very complicated. So many processes happen “hallmarks of aging” and probably more we don’t even know about. Right now rapamycin seems like the best thing we got at the moment. I’m 27 and starting rapamycin so i guess time will tell.

The dog aging project should give us some idea what to expect. My dog is 16 and has been taking Rapamycin for 4 years. Typical life expectancy for her breed is fifteen, but she still runs and plays. I hope she lives to 18 or so, but I think that would be the max. Matt K has stated that he does not expect the dramatic lifespan increases that we see in mice to occur in dogs. I expect only 5 extra years of life from rapamycin for me personally, but I do think I may be able to do things in my seventies and eighties which would be difficult without Rapamycin.

Many of the healthspan protocols have been known for quite some time, including no smoking, no drinking, proper nutrition, exercising, calorie restriction, etc., and yet, while we see increased health span, I see no evidence for increased lifespan.
So, no I don’t think that they are additive when it comes to life extension, just as all of the so-called gas-saving devices and range extenders that have been sold to automobile owners didn’t really add up or I would have had gas overflowing from my tank.

I had a good conversation about this with a doctoral student geneticist friend years back. He said that there truly may have been some individuals that had the potential to live to extreme old age, say 200 years old+. However, those individuals would have required a lot of energy to maintain and survive. Famine, which was very prevalent throughout human history until the last 100 years would have wiped this genetic modification out. Instead, we developed our current genome which stores energy quite effectively in our fat so that we can live out the lean famine times and survive.

Now, we have an overabundance of calories and we no longer need to be famine-resistant. In fact, our fat storage ability has become our Achilles heel as we are now becoming obese in greater numbers. There has never been a time like this before in our history as our genome was based on surviving lean times. If a high-energy long-lived human has a chance to survive, it would only be over the last 70 years, which, frankly, is not enough time!

Whether we can now recreate a long-lived version of ourselves by providing our body with a ton of extra vitamins, nutrients, and supplements has yet to be seen as this is the only time in history where we are able to do it. We point to the Okinawans as long-lived, because their diet had more of what was needed to continue into old age. America on the other hand appears to be going in the opposite direction with junk food and obesity.

You say we had 1000s of years to develop a long-lived version of a human. I would argue that the only ones who had the potential were those born in the last two generations.

One other side note. Humans in the past who tried to prolong their lives usually did the opposite. For instance, the first Chines Qin emperor was advised to drink Mercury in order to live longer. That didn’t work out too well. Likewise, many others have done the same throughout history with their guesses. Now we have science to help us. I guess that’s why every drug first undergoes a safety trial so that we don’t kill ourselves.

I find the centurion study heartening. They die of the exact same diseases that everyone else dies from. But instead of suffering from these diseases for 15-20 years, they die in a matter of months.

Exactly… a great way to go… all at once.

Rapamycin doesn’t stop aging but slows it down , and it does this at the cellular level but it’s manifested clinically by delaying age related diseases. We don’t die of old age, we die of diseases like cancer and heart attacks.

So if it makes us generally healthier then we’re less likely to get a fatal disease until much later in life. It’s turning us into slow agers.

That’s a very nice baseline and then we can add hormesis through exercise, supplements to reduce inflammation, medical interventions for things like hypertension and early detection medical technology .

These delaying tactics should enable us to survive until further advances in therapeutics and medical interventions inevitably become available.

If you look at the raw data the longest lived individual mice are still female controls:

I think the future of life extension is going to be very scary.

The most promising area of life extension is going to be gene editing. Theoretically, nothing else comes even close. Things like rapamycin are merely bandaids that improve healthspan.

This will only be available to the very rich and produce a society of long-lived ruling classes alongside the short-lived workers. Even today the available healthspan solutions such as rapamycin are only available to people above the poverty level in free countries.

Of course, at my age, it is nothing to worry about because this is going to happen well past my shelf life.

Please tell me I am wrong and that you see a life extension plan for all.

If rapamycin alone gets the average lifespan closer to the current max, that’s huge. Imagine all the other discoveries that will come in the next 30-40-50 years.

There hasnt really even been widespread focused scientific effort at addressing aging until now. Now there are entire University labs, private companies, not to mention Altos and Hevolution dumping massive amounts of money into the space.

I think it depends on definition.

At the beginning all medical interventions are costly but tend to drop dramatically over time.

Rapamycin can now be had for 1.00 or less per mg. Not cost prohibitive for most people. If we can show synergy with inexpensive supplements or repurposed generic medications, that would be fairly accessible for most . Add in things that are free like diet and exercise. These interventions could add significant disease free years.

Obviously, things like genetic engineering would add more years and would be expensive until competition heats up.

The other very important thing to remember is that most people have little understanding of any of this rather complicated medical science. We need first to educate our health care providers and make aging a part of basic medical education. Then we need them to take the time to educate their patients. This requires more than a 15 second speech .

People would need to understand that it’s possible to be both old and healthy and that old age doesn’t have to mean just lying in bed in a nursing home. There’s a great deal of misinformation out there.

Finally, physicians who have knowledge on anti aging can’t be charging prohibitive concierge prices that very few can afford. Doctors deserve to be paid but they shouldn’t be excluding all but the very wealthy.

That’s true, but do you think that those female controls represent outliers from some unknown rare protective mechanisms ?

Yes, it seems likely. It suggests there may be a hard limit to a species’ longevity.

Yes, it seems that there is a brick wall at about 120 yrs for humans.
As I have said it does seem strange to me that despite the billions of variations of people with different gene mutations, diets, work habits, locations, etc, etc., that this wall has not been breached many times.