I’ve read about all I can on this issue - any further/recent thoughts? I’m 46 and healthy but have a bad family history - likely hetero or homo apoe4. I’m considering working my way to either 10mg weekly or 20mg biweekly.
Thanks!

Unfortunately we really are thrashing around in the dark here. People absorb it differently depending on their gut. Grapefruit juice affects absorption. So you don’t know how much you’re getting. You also don’t know how long it lasts, or how quickly your liver does away with it.

I’m finally going to try to get the LE lab to check mine after a day and a week and find out. I started out at 4mg/2 weeks and noticed the effect on my brain right away. Also on my arthritis. For my heart disease (CAC = 285, then a year later 315 I think) I decided to increase it to 6/2weeks then 6/10 days and at that point my lipids went way up and my doctor lost his nerve.

It sounds like your main concern is for your brain in the future? I’d start low, but that is my very conservative strategy. If you notice symptoms already then maybe more is better, but for me it started working pretty soon and on a low dose. It’s great that you are on top of it, but at your age I just think starting something experimental should be done carefully.

The only answer here is, ‘we don’t know’.

We do however have a peer reviewed study via Mannick showing benefits for weekly dosing so that is probably the most conservative option until more data becomes available. 10mg/week seems a high starting dose though?

Yes future brain protection is my main concern - I don’t want to go the way of my family members. The other purported benefits sound pretty good too however. I may try 4mg or 6mg weekly to start - Dr’s Green and Blagosklonny seemed to agree in their recent video that 4mg women and 6mg men weekly was a reasonable starting dose

I may try 4mg or 6mg weekly to start

I think you would see lower risk of side effects if you start at 1mg and slowly increase to the dose, while periodically checking blood measures to see how your body is responding. See details here:

The Rapamycin Anti-aging / Life Extension Dose and Timing Here are the common dosing variables that I see people considering when they start dosing rapamycin for anti-aging: 1. Starting Dose and Ramping Up the Dose: I started at 1mg per week, then each week increased by 1mg until I reached my target dose of 6mg/week. Most people, working with their doctor, seem to end up taking between 3mg and 10mg of rapamycin in a single weekly dose. (see recent poll results below) [DoseRapa] In my case, many months after I plateaued at 6m per week, I slowly increased to my current dose of 10mg/week. This has worked well for me, with only one time when I got a canker sore (which cleared up by itself after a few days). Other people ramp up more quickly - for example 3mg/week, then 6 mg a week… …

Also - more generally - this is a good source of information on compounds that may help reduce risk of dementia and Alzheimers:

Also - there has been some good preliminary data on ketosis as helping in brain health - see this discussion:

[KetoDietHeader2] Does anyone have info on combining rapamycin with a keto diet? I have seen studies suggesting that a keto diet suppresses mTor, but I don’t know how good the studies are. I’m wondering if the benefits of diet + rap are cumulative, or if one replaces the other. For example, if I take rapamycin, should I not bother with keto? Or if I do keto, do I get no benefit from rapamycin because I’m already inhibiting mTor? Or do they do different things, and it would be good to do both?

Because I was already in pretty good shape from using keto and time-restricted feeding, both of which lower mTORC1, my Levine spreadsheet biomarkers were not improved by the use of rapamycin for 8 months.
Only my HDL improved, and that is a questionable marker. Meanwhile, my lipid panel certainly took a turn for the worse.
I personally at this point think time-restricted and/or keto will give you just as good results on the Levine biological age calculator spreadsheet as rapamycin.
Rapamycin actually produced poorer results on the spreadsheet in my case, and rapamycin also increased my lipid levels.
One other caveat, I have been using other possible life extenders such as metformin, melatonin, and lithium orotate for a long time.

What use do you make of melatonin?

I think I posted this somewhere before, but I first started using melatonin in 1985 when I was traveling extensively to reset my circadian clock and help with jet lag.
I read “The Melatonin Miracle” Nature’s Age-Reversing, Disease-Fighting, etc. by Walter Pierpaoli which I think was first published circa 1989.
After reading the book, which to my recollection was the first time I read about a possible life extension supplement and I have been taking it ever since.

How much do you take, how and when?

I usually take 6 mg sublingually about 1 1/2 hours before bedtime.

I dont take it before sleeping. I take it during the night to get back to sleep. There are melatonin receptors on the SCN which i believe will switch down the pineal based on serum melatonin. It srarts being injected into the CSF and comes out of there over 5 hours. Hence i believe taking it before sleep reduces endogenous production. Russel reiter takes 50mg. I take varying amounts up to 900mg. Normally in the low 100s. Often i use a suppository version (there are at least two on sale)

I think melatonin is the reason my HbA1c is around 4.2%.

Noting also Lithium Orotate. I have been doing some experimentation with Lithium supplementation. I started with 1mg of Lithium in the form of Orotate (as in 1mg of elemental Lithium).

I think the longevity merits of Lithium fall in the range around 50 micromolar. Hence today I am switching to 5mg of elemental Lithium in the form of Aspartate. What I would not want to do is to go materially above the 50mcmol level. The intracellular level is below that of serum. Low concentrations (actually below 50 micromolar) inhibit glycogen synthase kinase 3 and inositol monophosphatase which affects the WNT pathway. If people are drinking water with natural lithium levels, of course, they should not supplement as much. I will test my levels in a month or two. I estimate that total serum Lithium is only 2mg, but obviously there will be Lithium in the body other than that in serum. (without supplementation)

Obviously this dosing is far below that which is used for mental health reasons. It is another thing that might be worth cycling as well.

I wonder what your dosing of Lithium is and whether you noticed any effects. I initially noticed a sort of buzzy effect.

Is that 5mg of elemental Lithium in Orotate form or 5mg of Lithium Orotate?

5 mg of lithium, from lithium orotate

Looking at the Amazon link that is 5mg of elemental Lithium in Orotate form.

Yes. My orig post should have said 5 mg of elemental, from orotate. I will correct.

APOE4? Said to increase the risk for Alzheimer’s. 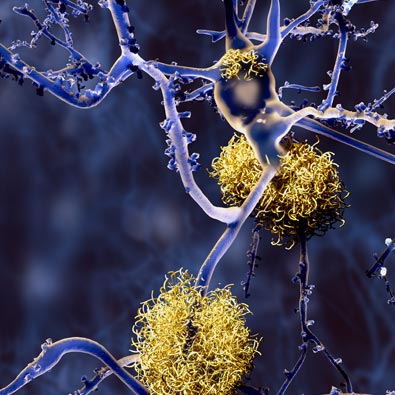 Study reveals how APOE4 gene may increase risk for dementia

Researchers found that the APOE4 gene may increase the risk of developing Alzheimer’s disease and other dementias by altering brain cells’ lipid metabolism.

There is a thread here about plasmalogens for Alzheimer’s. Search for “sea squirts”.

In the article above, the MIT researchers theorize that choline supplementation may help.

“What we would really like to see is whether in the human population, in those APOE4 carriers, if they take choline supplements to a sufficient amount, whether that would delay or give them some protection against developing dementia or Alzheimer’s disease,” Tsai says.

However, it is important to keep in mind that results from isolated cells don’t often translate into successful approaches when tested in people."

The approach above has been studied on mice.

They employed what is called the Fortasyn diet.

“A dietary approach (Fortasyn) including docosahexaenoic acid [DHA], eicosapentaenoic acid [EPA], uridine [found in brewer’s yeast, beer, beets, and walnuts, among others], choline, phospholipids, folic acid, vitamins B12, B6, C, and E, and selenium has been proposed for dietary management of AD.”

“Overall, the study presented here further proved that two simultaneous protective mechanisms on vascular and synapse health are both enhanced by the specific Fortasyn diet and may strengthen each other synergistically, independent of the apoE genotype. The beneficial effect of these diets is suggested to be caused by increased production of phospholipids to sustain synaptic genesis and repair processes.”