Thought this would be fun for our group. I watched it a while ago. Then an acquaintance wanted to watch it and I had forgotten about the movie. Suddenly I remembered it all.

I said we are making progress… pushing back biological age decades… repairing 11 organs… growing old slower than others. The acquaintance was gobsmacked. Lol

I explained the origins and use of rapamycin and my friend said… OMG… like the movie. I then asked if they knew my age… maybe 50,? I said 64.5… they said wow… then it is real. YEP!! 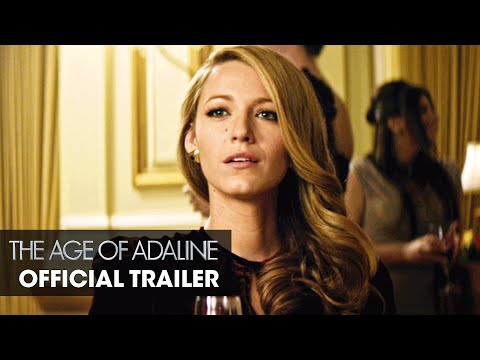 Funny - I watched this a month or two ago. Enjoyed the movie, but couldn’t help but think that this would have been a very different movie if the lead character were male instead of female.

I mean - the plot would likely be very different. In this movie - the woman basically self isolates because every relationship she gets into eventually the other person ages out of it - and she stays the same age. The rapidly diverging biological ages means she gives up on the relationship and then at some point decides its not worth it. Her thinking, in the movie, is “why have a relationship if you’re not going to grow old together”.

If guys could stay looking like they are in their mid-20s for their entire lives… while everyone else aged, and therefore they were effectively somewhat constrained to date women in their mid-20s… well, I think many, if not most, guys might consider that a “feature, not a bug”. This does, however, make me wonder about another possible area of impact of rapamycin.

There is a lot of evidence that rapamycin prevents the weight gain that most people see after the teen years, it also seems to prevent ovarian aging for females, as well aging in many organs.

What would be really interesting to find out is whether rapamycin also helps prevent and slow skin and tissue aging… I mean, if the skin and tissue don’t age and sag, etc. as is typical with aging skin, rapamycin could completely eliminate the need for face lifts, and all the skin care regimens that many people, especially women, adopt to prolong their skin youth.

Rapamycin could be the ultimate skincare regimen in the future. I mean, something that prevents skin aging and facial sagging, is probably as close to a fountain of youth as most people dare to think about - especially women who buy anti-aging skin creams.

I wonder about this… they should do close up photos of all the faces of the mice in this rapamycin clinical trials to see if their faces / skin aging slows as much as their body aging slows.

My hypothesis is that with rapamycin and good sunscreen started in the late 20s most of what people consider superficial skin and subcutaneous tissue aging would be a thing of the past.

I’m not sure of the best way to validate this - but studies on mice and other rodents would seem to be a start. Even better would be to look at the marmoset/primate studies that are underway at UT Health San Antonio. Some dermatologists could go and do a skin biopsy and photographic study of the control marmosets vs. the rapamycin marmosets to see if there is a change in skin, dermis tissue and visible facial / body aging.

Newspaper stories like this would be a thing of the past: 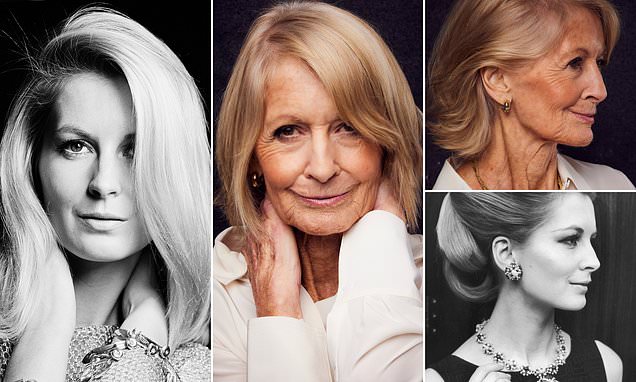 THE AGONY OF AGEING!

Former model Sandra Howard, 82, says that she enjoyed the wolf whistles, admitting it's not right, but exclaims 'I'm afraid life is easier when you're pretty'. The ageing process is not a beautiful woman's friend 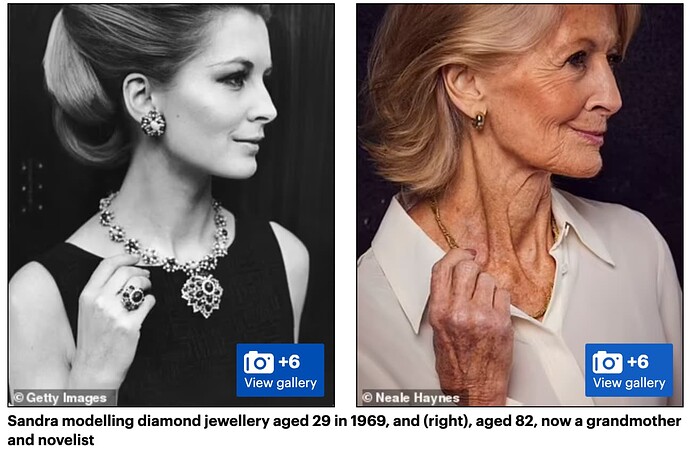 Your pondering is fun!

I am taking rapamycin… my wife has no interest… none! Not going to happen… dangerous… crazy behavior. Oh well.

There was a female member on here told me the same only it is her husband… doesn’t care.

Do we become their younger care takers??

Poll question are you taking independently or as a couple.

I enjoyed the film but couldn’t help being a little disgusted by the reinforcement of the notion that getting old can make us have a complete life. @RapAdmin, you are right that many men would consider not aging while the partner ages to be a feature, if you could eventually move on to a younger partner. Who know, maybe this will start happening to some of us in the next 10 or 20 years. How will that affect our mental health? I think it will be temporarily destabilizing, especially so if we don’t plan for it, but ultimately it lead to a richer life.

I completely agree - the idea of “getting old” means a complete life, is an archaic viewpoint. And the ending was rather disappointing in this respect, from my point of view. I was hoping for a more optimistic, forward looking ending.

Although, to be honest, I also thought the opposite would be true. Do you really think that a guy that is growing older (in the movie, for example, Harrison Ford) would have any problem at all if his wife he married at age 30 continued to look exactly the same 30 years later ;-). Most guys would probably find that more than acceptable (though the woman might not).

The basic premise that people have to be aging at the same rate from a visual perspective or biological perspective to have a meaningful relationship is at best questionable, I think.

You are right, it could work either way: an eternally young wife or a series of wives in the model of the older man getting trophy wives. This time the man doesn’t look older, but the previous wife dies or they divorce as their lives diverge with aging.

Sandra Howard says she wants a trip to Easter Island (Rapa Nui?) - interesting! I wonder what rapamycin might have done for her if she started in her 60"s.

This obviously proves the point: Start early, the sooner the better.
As I started old, rapamycin might extend my age but is not going to reverse the ravages of time.

“Why does it seem like a person’s ears and nose continue to grow until old age? Height doesn’t change after puberty (well, if anything we get shorter as we age) but ears and noses are always lengthening. That’s due to gravity, not actual growth.”

As you age, gravity causes the cartilage in your ears and nose to break down and sag. This results in droopier, longer features. Studies have estimated that ears lengthen at a rate of about .22 millimeters per year. The growth appears in men and women, so it’s just one of the many universal joys of getting older.
(The nose does not actually get bigger) 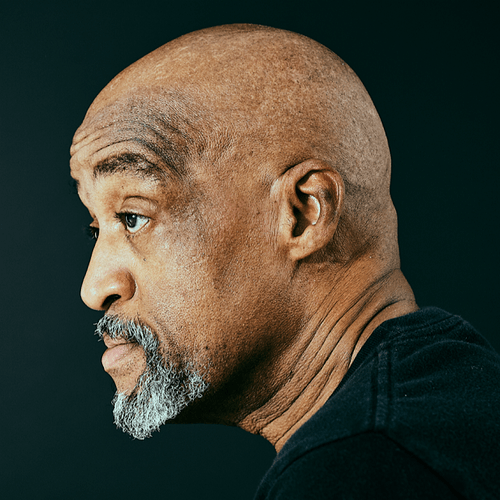 Your ears and nose are getting longer every year.

Even rapamycin is not going to stop this.

A book with a similar pretext…

Downloaded the book in my Libby app, looks good: 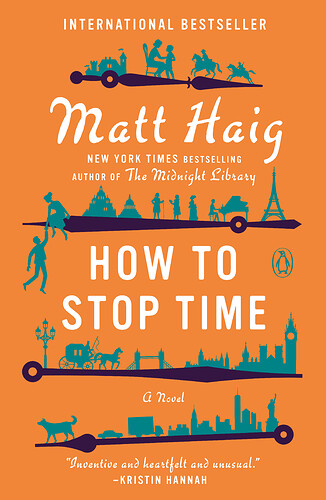 How to Stop Time

"She smiled a soft, troubled smile and I felt the whole… 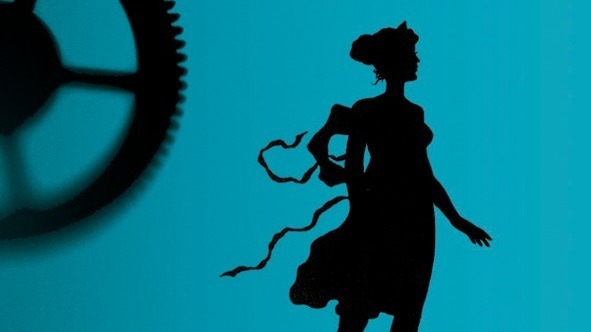 Immortality, Sadness And Drinking With Shakespeare In 'How To Stop Time'

Matt Haig's new novel isn't exactly about time travel — it's about a slow-aging man who travels through time just by staying alive for centuries. And yes, he meets Shakespeare (who has bad breath).

This is one of my all time favourite books and again has a theme of immortality: 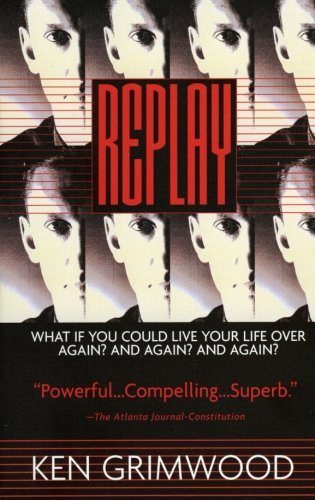 Jeff Winston was 43 and trapped in a tepid marriage and…

As many have said here, it is not sufficient to exist for 100 years, we want to LIVE.

I’m now older than Jeff and have found myself becoming increasingly nostalgic for my university days (90s Britain)…. But I’m not sure it’s particularly healthy.

Unless all of your friends are on this life extension journey you will experience the sadness of losing them.

At 81, I have become the eldest of the clan, the aged parent, etc.

I was married to a wonderful woman for 53 years, and yes it is hard to let go.

Fortunately, I also had a job I loved and I miss the many wonderful people I worked with.
Unfortunately, they are mostly dead. The lab I worked in for most of my career was peopled with extremely smart people. However, it was a precious few that really took care of their health and exercised regularly.

What I have to do to remain happy at 81 is to be a caregiver. I am lucky to have three living daughters and several grandkids that I can give my attention to.

Most importantly to be happy in the present I cannot dwell in the past, I live in the day and look to the days forward so that I can be with my remaining family and friends

I’ve been thinking about this a lot lately. Thank you for sharing it.