Rapamycin has shown to extend both median and maximum lifespan in different species. Have I missed some species which rapamycin has been tested on? 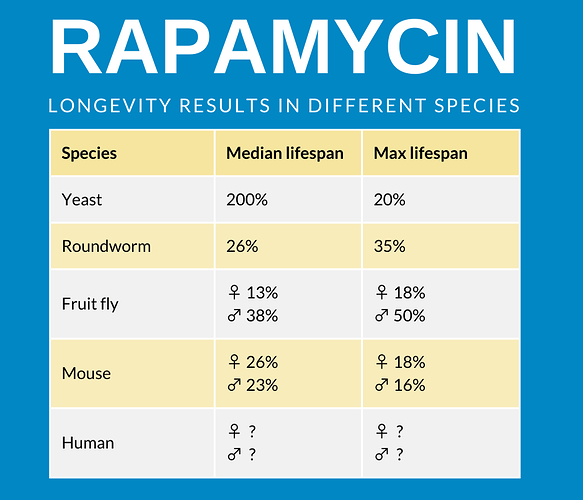 It does not increase maximum lifespan, it increases 90th percentile lifespan.

For example here is one rapamycin study

Inhibition of the TOR signalling pathway by genetic or pharmacological intervention extends lifespan in invertebrates, including yeast, nematodes and fruit flies–. However, whether inhibition of mTOR signalling can extend life in a mammalian species...

Here is another on caloric restriction

I am always happy to find some confirmation that I am not taking rapamycin in vain.

Wasn’t there a trial done on primates on Rapamycin? Also is the dog data available yet?

Yes, I fully agree, here is a nice summary of five different papers on lifespan extension on heterogenous mice. 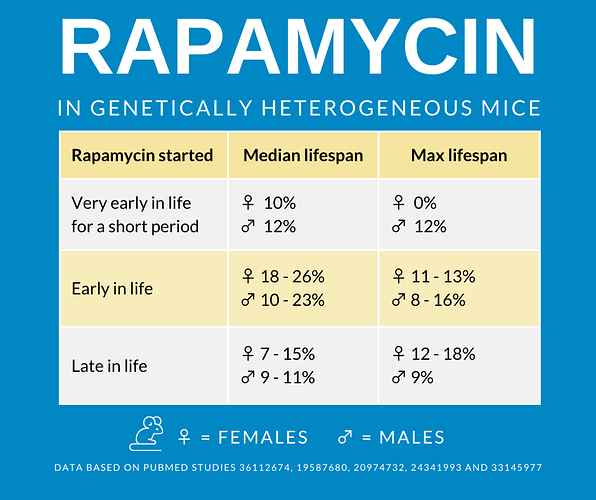 Great! Do you have the paper on the primates and/or the values on median and maximum lifespan extension? 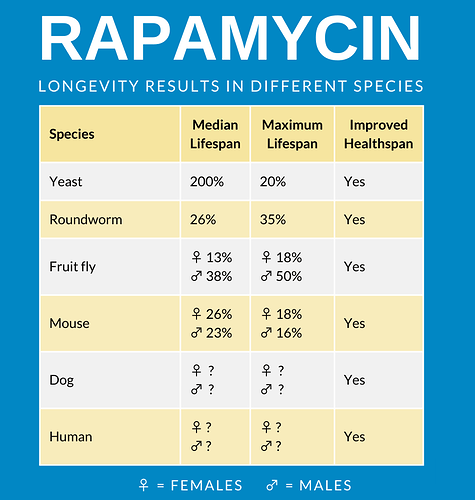 The marmoset studies with rapamycin are ongoing right now. I need to send an email to one of the guys involved in those studies on a different issue, so will ask him about the timeline for them also, and report back. So far they’ve only reported some prelininary results: Metabolic consequences of long-term rapamycin exposure on common marmoset monkeys (Callithrix jacchus) - PMC

And the dog study with rapamycin is still in its early days - I think a few years before we hear anything from them.

Why no lifespan studies in rats?

I’m not completely sure, but probably because there have already been a ton of studies (successful studies) on mice (a rodent very similar to rats, evolution-wise): List of all the Mouse Studies Showing Rapamycin Lifespan Extension

Rats are just another rodent like a mouse - so there would not be much additional to learn from having them do a lifespan test with rapamycin. There is about a 99.9% probability that they’ll get the same result that has been seen with mice.

Far better to move to a new mammal closer to humans, such as dogs or marmosets (primates), and thats what researchers have now done.

And - it seems rats live a bit longer on average than mice, this source (below) suggests up to 7 years, so if they fed the rats rapamycin they could live up to 10 years long. That is a really long time for an academic study to last (remember, academics have to “publish or perish”, so they could perish before any paper was published if they used rats). And the longer a study goes, the more expensive it becomes. So if a good mouse rapamycin lifespan study costs about $500,000 (I think thats what the NIA ITP studies cost per compound approximately) then a rat study could easily cost 2 or 3 times that amount (because it would last 2 to 3 times longer), plus the higher cost of the rats, and feed (since rats eat more than mice), etc. 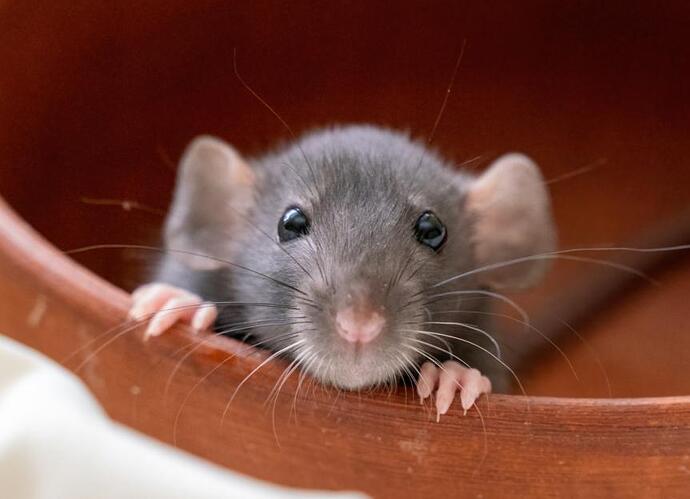 How Long Do Rats Live?

Great, I have added that to the list also. if you find out anything about the time line that would be very interesting. Do you know what the time line is for the dog project? 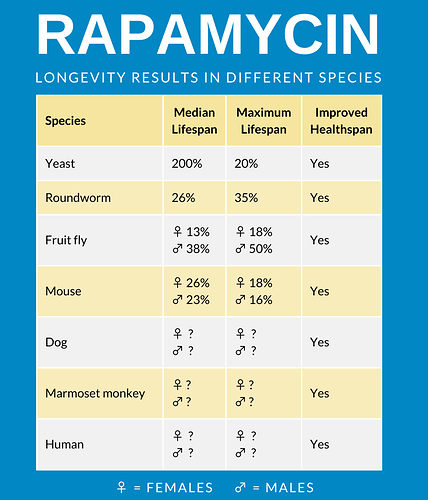