Is 5 years of Rapamycin Enough?

I really don’t know. It’s a synergy but I’m not sure why.

WASHINGTON-Inositol hexa-phosphate (IP6) has shown antitumor effects in vitro and in animal models and may be ready for clinical trials in humans, said Ivana Vucenik, PhD, associate professor of medical and research technology, University of Maryland...

These studies just die on the vine. No money in it.

“A combination of IP6 and inositol proved better than either compound separately at inhibiting tumor growth, possibly because together they yield inositol triphosphate (IP3), which regulates cell growth, she said.”

Seems counterintuitive to take a “sugar molecule” (inositol) for what is considered a sugar thirsty proliferator…cancer. Go figure.

Yeah, it is counterintuitive if you think about it, but so is rapamycin, and then I saw this study where weekly prednisone cured obesity in mice. Go figure. It’s all too complicated for my IQ level.

Yes, from the immunosuppressive viewpoint. It’s why most doctors tell patients that they’re crazy to even consider it.

3 posts were merged into an existing topic: Rapamycin and Grapefruit Juice

Mac, so doctors are:
Very conservative by nature.
Not big on prevention which isn’t stressed in medical schools.
Risk averse.
Lawsuit conscious.
Anxious to not be criticized by their peers.
Like to have multiple human RCT’s.
Not willing to think outside the box.

Well, glad to have you with us!

Mac. To clarify, there is nothing wrong with those type of doctors. I’ve dealt with them my whole career and they’re a nice enough sort, they care about their patients and they fill a real need.
But medical science doesn’t progress without the Blagosklonny types who dare to think outside the box, express their views openly, make brazen predictions, and then self experiment. It is on the backs of these few and daring geniuses that medicine truly advances.

Mac. Yes, go for 800/200. If you get around to reading the book he explains the synergy. Need a degree in biochemistry to understand it.

Dr. Green was the 1st. patient.

Rivasp, have you looked into the BulkSupplements brand of IP-6 and Inositol (available on Amazon)? Seems like it is the most economical option and a reputable supplement brand.

For general prevention purposes in a healthy person, what is the daily dosage of IP-6 and Inositol recommended by Dr. Shamsuddin? Thanks.

Brandy, I do like the bulk supplement brand in general. Shamsuddin takes 2 twice a day for prevention, which is about 1200 mg IP 6 with 300 inositol. Apparently, IP 6 when combined with inositol breaks down into 2 IP3’s. This causes a significant increase of intracellular calcium. Under normal conditions that would increase the rate of cell division, but paradoxically in this situation the opposite occurs as well as a conversion of cancer cells from an immature state to a well differentiated mature state.
Still cancer, but behaves like normal cells.
It also helps with a myriad of age related diseases. Very much like rapamycin but via a different pathway.
Would love to see them tested as a synergy.

Even helps as a skin cream. The parallels with rapamycin are striking to me. Not as good probably, but still

Effects of Inositol Hexaphosphate and Myo-Inositol Administration in Breast...

Background: Treatment of breast cancer (BC) includes locoregional and systemic therapies depending on tumor and patient’s characteristics. Inositol hexaphosphate (IP6) is known as a strong antioxidant agent, able to improve local (i.e., breast ...

In 2006, Cell Cycle featured the concept that aging is not caused by molecular damage (nor by free radicals) but instead is a purposeless quasi-program (program-like, but not a program) driven in part by TOR (Target of Rapamycin). Taken together with...

Absolutely one of his best. This is what makes him so unique. He’s in that one percent of doctors stepping out of the box and actually daring to make bold predictions. It’s on the backs of this one percent that medical science progresses.
One thing that confuses me somewhat is prediction #9. He talks about pulses of rapamycin being necessary for stem cell rejuvenation, and it can only occur when rapamycin is stopped. Stopped for how long? Is weekly dosing considered stopping?
It brings me back to my initial premise- do we need a periodic break from it or can we just go weekly forever?

…“do we need a periodic break from it or can we just go weekly forever?”…

In Attia interview 118, Lloyd Klickstein in his opinion stated a break is required as mTORC2 is downstream and possible activated by mTORC1. He states this towards the end of interview. 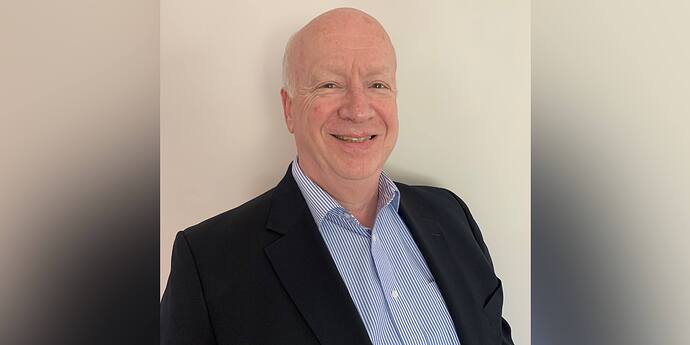 "Our approach is to address serious aging-associated diseases, and if we're successful, the side effect will be longevity." — Lloyd Klickstein

We keep looking for the black cat in the darken room.
.

This is way above my pay grade, some random more recent papers on Rapamycin/stem cells Researchers have found that hematopoietic stem cells lose function as they grow larger and that rapamycin can alleviate this effect [1]. When cells become obese When it comes to cells, size matters, with stem cells […]

" Excessive size may represent a failure to divide. It shows that the growth in cell size that accompanies aging reduces the fitness of hematopoietic stem cells and might be one of the mechanisms of cellular senescence. When young mice were treated with rapamycin starting at week 8 of life, HCS enlargement was prevented, and these smaller HSCs demonstrated better proliferation potential than HSCs from untreated mice of the same ageThe study also discovered a potential mechanism of action of rapamycin, one of the most popular molecules in aging research"

Adult stem cells replenish dying cells and regenerate damaged tissues throughout our lifetime. We lose many of those stem cells, along with their regenerative capacity, as we age. Working in flies and mice, researchers at the Buck Institute and...

“Adult stem cells replenish dying cells and regenerate damaged tissues throughout our lifetime. We lose many of those stem cells, along with their regenerative capacity, as we age. Working in flies and mice, researchers at the Buck Institute and elsewhere discovered that TOR, a nutrient-sensing pathway which is central to the aging process, drives the loss of adult stem cells. Repeated regenerative episodes during the life time of an animal thus results in a loss of
basal cells that can be reversed by chronic supplementation with rapamycin.”

Thanks Mac
These are fascinating studies. First off rapamycin rescues and rejuvenates stem cells. Then rapamycin lowers cell metabolism leading to smaller cells which are more functional. A certain degree of mTOR activity is necessary. No big deal. Rapamycin is only a partial inhibitor.
Cell metabolism almost certainly leads to excess heat production, or thermogenesis, which is probably why it can lower body temperature. This could be an easy and significant biomarker. All you need is a thermometer.

So many unanswered questions. But here’s option B: aging to death.
I don’t like that option so I’ll keep just guessing on how best to use rapamycin.