How do I/or should I introduce my family doctor to rapamycin and senolytic therapy?

Several years ago I successfully got my physician of many years to prescribe rapamycin after sending him a bunch of articles and excerpts from Dr. Green’s website and Dr. Blagosklonny, and then showing him a printout of 100 pages of collected notes (which he copied for himself). But he was a very open minded outside-the-box physician to begin with. He later agreed to additionally prescribe dasatinib for me. Now he has retired.

My new family doctor is very traditional. I dont want to have to hide my anti-aging regimen from him, but I dont want to freak him out either. I’m sure many of us have the same question: how do I introduce my old-school internist to what I am doing? And how much do I want to tell him?

With an upcoming physical I would like to have introduced the subject, although the physical will be done by the nurse practitioner. I wonder if I should reschedule the physical to be seen by the doctor.

Since I will be expected to submit my current list of drugs and supplements, I could list them all and provide some reference links to relevant publications for rapamycin and D&Q. That might be overwhelming to someone who has not been following the area of longevity. I wouldn’t want him to believe he is taking on liability by knowing that I am taking off label untraditional drugs. What would be the simplest and most convincing articles? I wouldnt expect him to take a deep dive.

I’m really conflicted when it comes to wanting to inform my doctor, even if I don’t ask him to write prescriptions. Any advice and recommendations would be greatly appreciated.

Really good question. This is a very, very common problem many of us are facing. I will create a wicki page here where everyone can contribute, especially the doctors here, on the papers and resources they found compelling and helpful. That way we can just forward that link to our doctors and they can start there.

We don’t tell them squat. Tried that several times with metformin and they all freaked out.
I find most doctors only know standard of care and have little incentive to go outside that rigid thinking.

I thought it would be safe to tell my new primary care doc that I’d been taking metformin for 15 years since I have been borderline prediabetic all that time (A1C ~ 5.6, fasting glucose~ 100) , and that acarbose and jardiance have been bringing down both measures of insulin resistance. According to him,though, I shouldnt be taking any of those since I’m not diabetic, and in fact I shouldnt be taking any suplements or even a multi vitamin.

I cant just keep changing doctors. So I wont “tell him squat” from now on. Its too late to start lying about taking the ir drugs at next visit. I would like to tell him when it comes up again that I know what he says is correct, however I’m following findings on diabetes prevention from … and give him a source that he would respect, even if he disagrees. Does anyone know such a source? Maybe the 15 year RCT Diabetes Prevention Program (for metformin)?

What, if any, would be a source that a traditional internist might respect regarding acarbose or SGLT2 inhibitors as diabetic preventives?

First of all - to go back to your first question - now that this new book is available on rapamycin - I am going to be giving a copy of it to my doctor and also to family members and friends:

On the issue of Acarbose and Canagliflozin / SGLT2 inhibitors - perhaps the papers listed on these two pages? 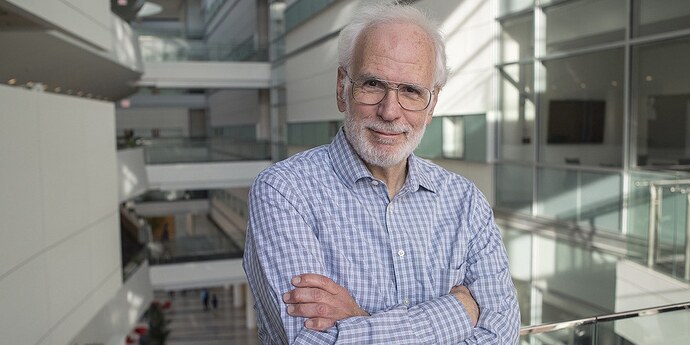 “I don't really care what causes aging. What I care about is: What is the process that can postpone all the different aspects of aging?” — Rich Miller

Depends on the physician. If you go to a PCP, they will go by the standard of care most likely. Anything off-label is not the standard of care. So your physician is doing the right thing based on what we are taught. Don’t deviate unless you have a highly justified reason. A patient bringing research articles is not a justified reason and we aren’t going to read it most likely especially since employed physicians might be spending only 5-10 min per patient because that’s how “factory medicine” works when the nonphysician bean counters are in charge. You could pay for a concierge physician with an average of 30-35 min per patient and they’re more likely to hear you out.

Think of it from our perspective - too many people with headaches bring “research” from Dr. Google saying it’s brain cancer - or something similar. We are always more receptive to a colleague bringing research articles to guide off-label prescriptions.

That being said, in practice - it’s relatively easy to know a physician personally in-depth and get all kinds of things prescribed off-label (with the exception of DEA-related stuff) as long as it’s clear you’re not killing yourself with some crazy risky combinations. I also happen to know how to get Rapa prescribed with insurance covering it.

I also happen to know how to get Rapa prescribed with insurance covering it.

Yes! I agree! Look at it from the doctor’s point of view. I don’t tell my doctor anything about my supplement regimen because I know the reaction won’t be positive and that I may be viewed as the “undesirable patient” from that point forward. So, I keep it strictly professional and in accordance with the traditional medical system. Would there possibly be a negative note placed in my medical file on the day I mention my supplement regimen? Who knows? But, I don’t want that.

I doubt there’s a “negative note” if you share your supplement regimen. Most people take some kind of supplements.

Only thing is supplement use can mess with meds or cause issues due to poor quality control, so there are some physicians who will say “no supplements” out of an abundance of caution. There may also be risks with pharmacogenetics etc

Almost all supplement users are not on par with a senior pharmacist in terms of quality assurance and drug drug interactions so it makes sense to me why that physician would say no supplements.

There is risk with metformin even though it has a high safety profile. I personally don’t take metformin (rare situations I have). It’s a “dirty drug” with too many targets plus there was a recall once with known carcinogens in generic metformin from India.

My GP here in Hong Kong is a bit of a mixed bag. I can go to him and ask for a prescription for anything I want at whatever dose I want, but he doesn’t give any advice. Just the prescription.

Most non-transplant specialist MDs never have any reason to prescribe rapamycin or even be familiar with it aside from knowing that it is used as a immunosuppressant. The idea of a rando patient coming in and telling them that actually it’s an immune enhancer dosed weekly and might improve longevity… they’re going to think you’re crazy.

I think this will change quite a bit in the coming years as the current rapamycin studies publish and become something that is talked about more broadly.

But yeah, right now, unless you have a very curious and open minded doctor, they’re going to lump you in with the Ivermectin people.

I don’t blame them. It says immunosuppression on the label, and that’s not wrong at those doses. It’s just that there are insane amounts of exponentially growing medical knowledge (accompanied by exponentially increasing misinformation and a replication crisis in science). I assure you nobody reads it all. Everyone focuses on their own specialty, and there isn’t an “anti-aging specialty”. There isn’t much reason to prioritize reading anything that isn’t even a weak recommendation.

Rapamycin is by all medical standards considered suggestive evidence and there is insufficient human data any way you slice it. This means it is not even a weak recommendation. I think that should be clear to everyone here - if a doc just looked at rapamycin human trial data only, they would not even give a weak recommendation.

But if your physician was open-minded and a colleague (or say a PhD) presented some evidence, they’d probably read it. We are taught “the dose makes the poison” so we’d probably consider off-label if a colleague presented it in a specific way.