Yes, on topic- N-acetyl cysteine does not, which is helpful for this entire thread.

My point was missed- researching should never be assumed. Carnosine, a peptide made up of proteins suppresses mTOR. Beyond, there’s a dose dependant effect. Leucine, a SIRT1 activator has an addictive effect with metformin and does not activate mTOR1 at specified dosing regime. It has application to improve efficacy of metformin. It’s not as simple as putting leucine in a box in the context of elevated mTOR1 = deleterious.

Besides, amino acids do not activate mTOR1 in the presence rapamycin. 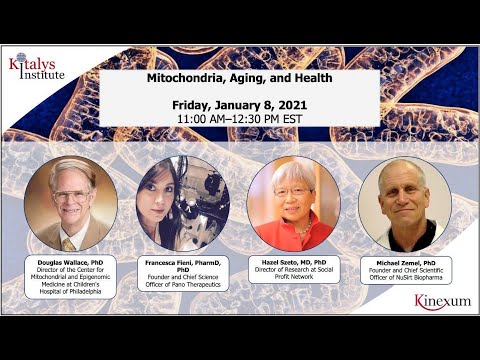 What if a significant part of the effect of rapamycin is hormetic, and NAC or GlyNAC can negate that? Similar negating effects of NAC have certainly been seen before. For ex. –

-Glucosamine (GlcN) is a freely available and commonly used dietary supplement potentially promoting cartilage health in humans, which also acts as an inhibitor of glycolysis. Here we show that GlcN, independent of the hexosamine pathway, extends...

Rapamycin doesn’t seem to work via increased ROS signaling, so I wouldn’t be too worried, but who knows.

My kingdom for accurate in silico clinical trial modeling!!! Some day…

As noted from Dr. Green"s site

Yes I have been taking it for almost a year now.

And what perceived results can you report? I ask as I too have been taking it (10 NAC 8 glycine) for a year now per Dr. Green’s recommendation. I may (or may not) have experienced a small endurance benefit. I most definitely have not experienced more than a small fraction of the benefits that the participants did in the study that DR. Green refers to.

Darn I was hoping for some clinical repeatable benefits reported.

Have you measured any of your biomarkers (phenoage, etc) for indications of “youthing”?

I only started using Morgan Levine about six months ago, but, no, no particularly notable results - but I having been doing most things “right” for a few years all the time, ie no bad carbs, no bad fats, moderate protein, low body fat, 4 hours zone 2 cardio per week, 2 hours quality strength training per week, etc. There might not be potential for great change.

Glycine alone extended both median and maximum lifespan in rats by about 30%:

And then there’s a compound called NACET which is a derivative of N-AcetylCysteine that is believed to be more bioavailable and more efficiently boosts glutathione. It has recently been introduced as a supplement product.

Any idea of the human dose equivalent?

With regard to glycine, the researchers give it as a percentage in feed. I’m not sure what to do with that. Hopefully someone here knows.

When researchers give dosages as mg/kg bodyweight, there are formulas for interspecies dosage scaling.