Surfing I came across the following;

From the above document;

"In another study, the supplementation of up to 100 g Natto (spermidine-rich fermented
soy beans) to the daily diet of human volunteers (mimicking a high polyamine diet) for 2 months
showed no negative side effects (Soda et al., 2009b ). 100 g Natto contain about 15 mg
spermidine, which exceeds the recommended daily intake of spermidine rich wheat germ
extract"

The powdered version of the wheat germ extract that I have mixes well with coffee, and heat doesn’t harm the spermidine so I find it a very easy way to take the spermidine daily

Here is, I think, the spermidine focused video with Mike Lustgarten where I think he covers his use of spermidine:

Dr. Michael Lustgarten is a scientist at the Tufts University Human Nutrition Research Center on Aging in Boston, Massachusetts. His research currently focuses on the role of the gut microbiome and serum metabolome on muscle mass and function in older adults. Dr. Lustgarten is also known for his rigorous n-of-1 health optimization experiments and quantified-self practice, with the goal of maximizing his health and lifespan and also potentially contributing to building a correlated data model for optimizing lifespan interventions for others. 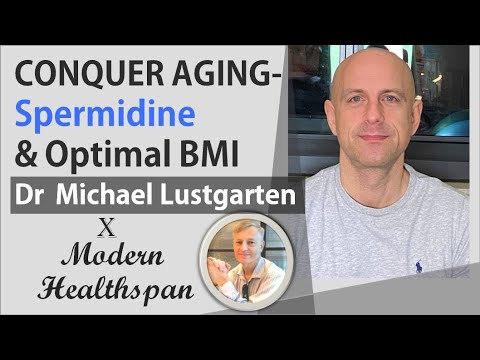 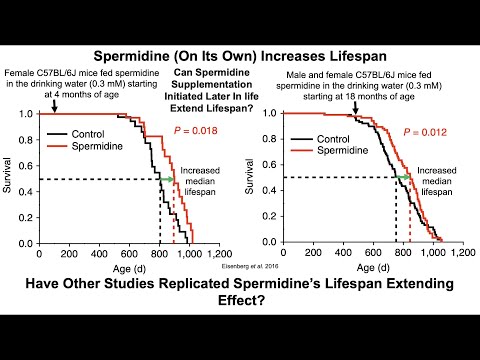 Its similar to ascorbic acid vs. the rose hips natural Vitamin C, one is manufactured, one is extracted from a natural plant source.

I’ve spoken to a spermidine researcher and he said he saw no reason to think that the manufactured version would be any different in terms of efficacy / health benefits than the “natural version” from wheat germ, etc.

In the future, I’ll likely just buy this type of product: 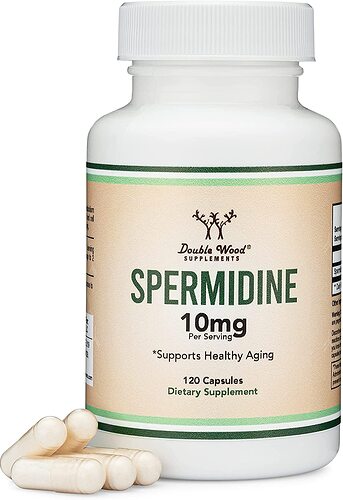 Did you notice the comments in the Amazon listing claiming it to be a toxic substance per Fischer Scientific? I can’t imagine why making it a chloride salt would make it toxic (other than as an irritant if snorted or put in one’s eye).

Yes - thats just an inaccurate comment. Its just a salt version of spermidine and the salt portion of the molecule comes off when you consume it, as I understand it. Its really no different than consuming “natural” spermidine - thought you would get some other polyamides and vitamins in the natural product (e.g. wheat germ).

Spermidine is a so-called polyamine that can have many positive effects, recent studies indicate. Spermidine is found in many foods. For your better overview,

2 Likes
Spermidine: a physiological autophagy inducer acting as an anti-aging vitamin in humans?