? for those of you on testosterone replacement

I’m currently using compounded test cream (Atrevis) twice daily, which has raised me to a free testosterone of 26 and total testosterone of 600 (up from 20 and 300, respectively, 51 year old male). My doc says he wants this higher in order to be “optimal”. What are you guys using and what are your corresponding levels, if you don’t mind my asking? My doc is perhaps a bit eccentric, so I want to make sure I’m not overdoing it. Thanks!

Past 3 years have been on TRT cypionate 1ml injected which is 200 mg once a week. My testosterone is 1100 to 1500. Feel great, energy, libido… great muscle tone… fat reduction.

I take my TRT 4 days after rapamycin 6mg with a cup of fresh grapefruit juice . So MTOR2 turned on when getting near my trough of rapamycin.

Keep turned off MTOR1 opposite of turned on MTOR2 so they aren’t simultaneous… or in conflict.

Optimal levels are just levels where you feel good at and have minimal to no side effects. Most men feel good from 600 - 1200 of total testosterone (measured at your valley level). Creams / gels offer some advantages and disadvantages vs. injections or pellets. .

So do your providers measure free testosterone as well, or do they just go by total T?

I realized there are both but when I do my CBC blood panel I only get the one testosterone a the total.

I am doing a full blood panel tomorrow. Also, a LABCORP Rapamycin blood test at trough and post rapa… draw . Take my rapa and 1.5 hours after take a second blood test… just sent in ,my second GlycanAge test - . Been 7 months on higher rapamycin dosage. Curious about results on Glycans & inflammation.

I will also order TrueMe spit epigenetic test of DNA methylation and do that too… been 9 months since that one.

Then is the TRT that melted the visceral fat, not the rapa…

What units are these?

I just measure a valley total T to get a rough idea of what the lowest level is. Free T is fine, but the reality is providers focus way too much on levels rather than the patients quality of life. Make sure you check a PSA, estradiol, CBC as well.

Then is the TRT that melted the visceral fat, not the rapa…

Actually no. Visceral fat is the hardest to lose… no exercise for it. Even very lean and in shape guys (runners, bikers, swimmers) at a certain age can’t get rid of the pooch tummy. I had been on TRT for a full year before rapamycin and yes some fat turned to muscle. I was stockier and heavier. It was when I started the rapamycin the following year that after 3-months use I started losing a pound here and there, and ultimately lost about 15 pounds. My bulked muscles were still there. I was wondering where the weight loss came from? My physician identified it as the fat around my organs. Then I started getting my adonis belt and even abs without ab exercising. Ever so slowly… my bulked up muscles started to shred and tighten and this has continued. My strength and work out is actually higher than before… but I am toned - not muscled. So, yes TRT helped with excess weight to muscle initially, but pretty confident the rapa has cleaned off all excess fat, and continues to do so. But my weight is staying at 180 - for the most part.

I plan a DEXA /DXA scan for muscle, bone and fat and that will give a better picture - except I can see and feel that I have no internal fat.

I would recommend always testing for free T. Total T is somewhat meaningless if it is being bound to SHBG or aromatised into excess estrodial. Your body can only utilize free T. I always test for total, free, SHBG, estrodial and PSA. I am currently on compounded cream but am going to experiment with gel as it’s so much cheaper (insurance doesn’t cover my TRT) to see if I can get to optimum levels with the gel. The cream (once a day in the morning) gets me to over 1000 with half the recommended dose.

The cream (once a day in the morning) gets me to over 1000 with half the recommended dose.

Wow! Any idea how strong your compounded cream is? Mine is 200mg/mL

That’s my formulation as well. Forgot to mention DHT, you should test for that too. Too high can cause hair loss. I take Finasteride to keep it in range but careful, you don’t want it going too low either as that is an important metabolite of testosterone.

I use compounded cream 87.5 mg/gm. Recent test was 585 total and 7 free. My test levels have declined about 20% on Rapamycin, so wondering if anyone else has seen a decline.?
Also, hate to ask this because one often feels better on supplemental TRT, but there has been a lot of talk recently about the reason women live longer than men. One conclusion was that thanks to menopause, they stop producing estrogen. Now that makes sense in terms of a shutoff of androgen vs men who keep producing test. But menopause also causes bone loss and a host of other conditions. My question: do you think supplementing TRT will affect health or lifespan?

Fat reduction on TRT varies according to initial body fat %/ levels. If you’re out of shape, you’ll notice a bit. Telmisartan reduces visceral fat and is often used concurrently with TRT, at least among body builders.

200mg weekly is typically looked at as above a standard TRT level but at the end of the day, dose should be based off effectiveness (feels) with the least sides (hair loss), as mentioned above.

After some trial and error, I’ve found the best method is injection two, three or four times a week, to keep levels steady. Sustanon250 ampules are ideal for this as they provide very easy administration.

You know how it takes the health care provider 30 - 45 second to inject you with your weekly TRT shot? That’s because of all the oil. That’s not a factor with Sustanon250. It’s in and out and could even be done subQ.

Actually no. Visceral fat is the hardest to lose… no exercise for it.

Visceral fat is some of the easiest to lose because it’s highly metabolically active. You can’t spot-treat it with exercise, but it’s highly responsive to exercise in general and caloric intake reduction. It’s the abdominal subcutaneous fat that can be very stubborn. 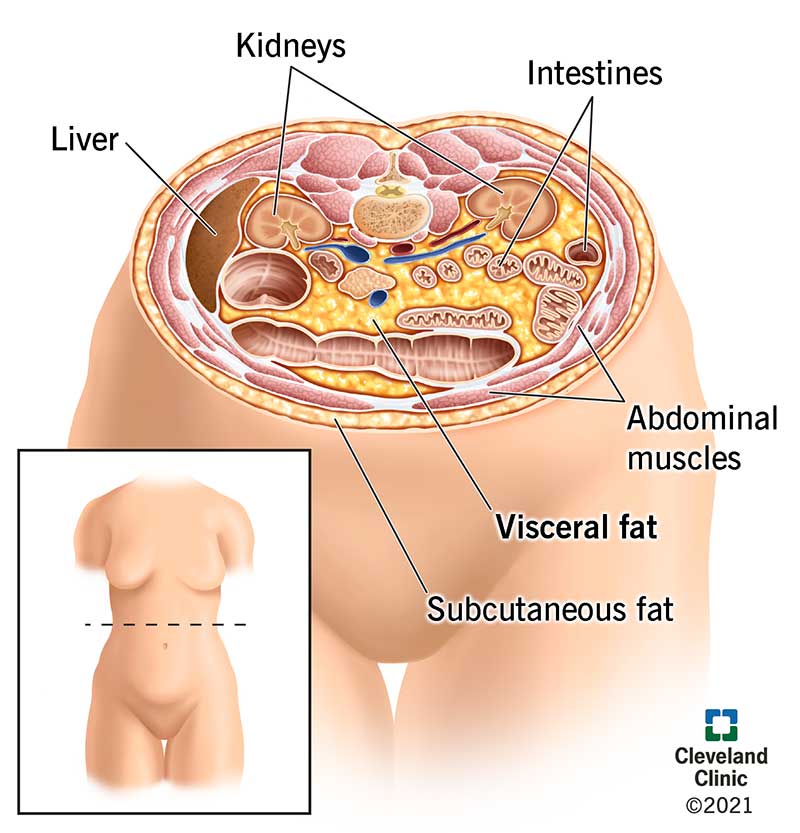 Visceral Fat: What It is & How to Get Rid of It

Visceral fat is a type of belly fat that lies deep within your abdominal walls and surrounds your organs. You can get rid of it with a healthy diet and exercise.

I stand corrected. Hahaha. My physician… and older athletes I know say otherwise tho. Definitely the most dangerous fat, and was the last fat for me to lose… not first. However, after losing it…have continued to get more and more shredded… so maybe.

My understanding is that the reason visceral fat is so bad is also the reason it’s easiest to lose. Being metabolically active and hence responsive to exercise and even mild caloric restriction, the fat is easily released into the bloodstream (where it causes problems) and then re-stored for later release. The trick of course is to release it but not replace it with more incoming fat from excess calories.

Subcutaneous fat, on the other hand, is relatively inert, keeps to itself and only gets burned/released when everything else has been used up. This is all oversimplified, of course, but that’s the general idea.

For those using Test in any form, any side effects? If yes, which and how did you fixed them?

My 1st round of testosterone cream last year seemed to make my prostate/urinary issues worse. A past trial of finasteride for prostate hypertrophy caused sexual dysfunction, mood issues, etc. This time I’m taking both, and it seems like I’m getting the benefits of both and side effects of neither. It would seem that the higher testosterone compensates for the lack of DHT in skeletal muscle and brain but (hopefully) not in prostate tissue. I came across a couple of positive studies involving testosterone replacement + finasteride on PubMed a while back, but for some reason I can’t find them now. I’m probably not using the right search terms.

Some posts on Testosterone by Blagosklonny recently:

An at-home glimpse at your hormone health.