Effects of spermidine supplementation on cognition and biomarkers in older...

Given the global increase in the aging population and age-related diseases, the promotion of healthy aging is one of the most crucial public health issues. This trial aims to contribute to the establishment of effective approaches to promote...

Interesting that they’re using such a low dose (0.9mg spermidine daily) and still expect to see a benefit!

I get my daily dose of spermidine with my “breakfast”.
I follow a time-restricted eating pattern. I have my first meal, “breakfast”, at about 1 PM.
Breakfast usually consists of a mixture of a little less than ½ cup of (uncooked) Quaker Oats to which I add approx 18 grams (3 rounded tablespoons) of wheat germ along with ¼ cup of walnut pieces. I top this with1/4 cup of blueberries, a little stevia, and whole lactose-free milk.
This yields approximately 5 mg of spermidine.
At 81 my brain is still in pretty good shape and I hope to keep it that way.

I started taking 10mg of Spermidine a day a week ago. After about 4 days I started having some tightness in my chest and feeling out of breath at times. Stopped the Spermidine and those issues went away. Anyone have this happen? I know it sounds odd but this is what happened.

What type of spermidine where you taking to get 10mg?

No - but that sounds more like stress / anxiety than spermidine.
I’m taking about 20mg day, no issues at all.

Double Wood is the brand. 2 capsules is 10mg.

RapAdmin. I would normally agree with you but the timing of when I started and the onset of symptoms…then when I stopped, the symptoms went away. So it does make me wonder…

Interesting… and it sounds like it might have also been timed to trying a new type / version / brand of spermidine, am I right? Did you ever experience anything like this previously with spermidine intake from another brand?

The product is Spermidine trihydrochloride, in Double wood.

I take 5mg to 10mg or more a day. Largest amount from the product RapAdmin mentioned{Raab Vitalfood organic spermidine powder from wheat germ powder] and 5 year old or older cheddar cheese.
I have not noticed any issues.

Its interesting… I’ve talked with one of the lead researchers on Spermidine (he’s based in Austria), and he said Spermidine trihydrochloride should function exactly the same as the spermidine in other natural sources (though, obviously there are other polyamines in the natural source in addition to spermidine). Functionally and biologically they should be the same. So there is no obvious reason why the synthetic (manufactured) version would have any different an impact.

Perhaps a dose too high for @lsutiger , too quickly?

Function the “same”, possible through a different path way?

This was the first time I started Spermidine so this is the only brand I used. That is what I’m thinking. I should start on 5mg and move up? That is my new plan.

Hard to fathom 5mg of Spermidine has this biological impact.

Just eating a piece of aged cheddar will give you more Spermidine. I dumped my expensive and low mg Spermidine supplement, and now eat Natto and 10 yr old cheddar daily, combined must be getting 50 mg+/- per day, zero ill effects. And not to mention the myriad of other super nutrients I am ingesting eating real whole foods.

Here is a quote from what the Austrian spermidine-focused researcher told me: “I’m not aware of direct comparisons, but personally I suspect no differences in bioavailability or molecular effects if the doses are matched.”

According to the data sheet, it does stipulate:

SWALLOWED
The material has NOT been classified as “harmful by ingestion”.
This is because of the lack of corroborating animal or human evidence.

Yeh, well. It says it’s non-toxic. So look up the safety sheets for some common compounds such as salt (NaCl). There is an abundance of caution and malarky in MSDS and other safety sheets. Must read them with a grain of salt.

A plethora of information; 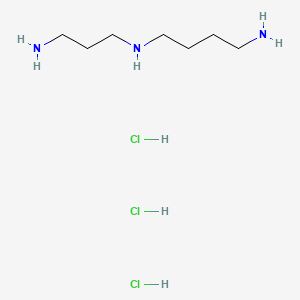 I was doing the wheat germ and the five year aged cheddar for over a year now.

The problem with the wheat germ is obviously the lectins - which I actually saw as beneficial - but seemed to be causing Proteinuria somehow (and possibly kidney damage).

Loved the aged cheddar but apparently is extremely high in Histamines which increase inflammation especially in the gut - which makes me cry. And to eliminate cancer risk eliminating all dairy/animal stuff.

Looks like just taking a supplement is better if you can find one cheap - doublewood sounds to be the best we got right now.