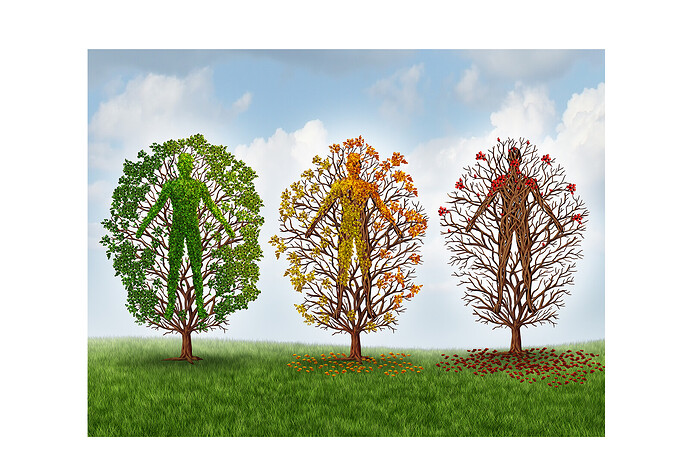 I was listening to the “Live Long and Master Aging” podcast during my morning workout and learned about a recent special report on life extension drugs in the Biotech/Pharma news website “BioWorld”. This podcast is here: Anette Breindl: Is life extension a pipe dream? - YouTube
But the actual BioWorld Insider Podcast is much better and more indepth (see below).

They have a two week free trial of the site - so I signed up for that so I could see and read their entire report (and plan to cancel before the end of the two weeks, since the $4,000/year subscription is a tiny bit more than I want to pay). I think the podcast they published on this report may be available to everyone and I highly recommend it (see link below). It covers many of the implications of Longevity Drugs that most other sites don’t mention:

In Extending the human lifespan, a BioWorld special report, the team examined the latest science, the key biological drivers that can be targeted pharmacologically and the companies developing potential “Fountain of Youth” candidate drugs. In this episode of the BioWorld Insider Podcast, the team discussed the report’s highlights and key takeaways. In what could be a holy grail for humanity, anti-aging drugs would simultaneously reduce the risk of multiple age-related illnesses in one. BioWorld found that investments in life-extending drugs and the number of clinical trials are on the rise. Can we hopscotch over the many diseases of aging? The impact could be staggering. Equitable access to drugs and therapies tackling aging could reduce health care costs in a major way and improve quality of life.

I think anyone can listen to this. Its a good overview of the articles. Let me know if you have problems accessing the podcast link here: BioWorld “Extending the human lifespan” Podcast

In their special report (which in reality is just a series of seven short news items, each about 1 page or 500 words), they cover the following areas:

With classes of anti-aging drugs already in the pipeline, “the biggest hurdle is FDA approval. Then reimbursement,” George Kuchel, a professor and director of the UConn Center on Aging at the University of Connecticut, told BioWorld. To succeed, developers of these drugs will need to find a regulatory sweet spot, he added.

That could require a change in law and regulations. Under its charter, Kuchel said, the FDA has the legal authority to approve drugs that are defined as substances “intended for use in the diagnosis, cure, mitigation, treatment or prevention of disease.” Unless aging is accepted as a disease, that definition could pose a challenge for an aging indication in the U.S.

In the biopharma industry, the sirtuins have been a cautionary tale of some of the challenges in translating aging research.

Research in the early aughts suggested that activating them could extend lifespan, and the spectacular rise of sirtuin activators crested in 2008, when GSK plc bought preclinical startup Sirtris Pharmaceuticals Inc. to the tune of $720 million, only to shutter it a few years later.

But the hopes attached to sirtuin activators – especially resveratrol, which spurred its own cottage industry of supplements as well as dietary advice to drink red wine and eat dark chocolate – have not panned out.

The idea of getting enough resveratrol to boost lifespan through the diet was, ironically, short-lived. For red wine, “to any get positive effects of resveratrol, you would have a drunken mouse day in and day out for a very long time,” Francesca Macchiarini, scientific officer at the U.S. NIH’s National Institute on Aging (NIA), told BioWorld.

Extending the human lifespan: Beyond rapalogs and metformin, moonshots at the Fountain of Youth, July 18, 2022, Anette Breindl

A lot of what goes on during aging remains too poorly understood for straightforward translation.

There are hallmarks of aging, and researchers are getting a handle on its biological mechanisms. Nutrient sensing has repeatedly been implicated, as have inflammation and oxidative stress. Senescence is the newest belle of the aging ball.

But in a basic sense, “we still don’t have much of an idea what causes aging,” Björn van Eyss told BioWorld. Van Eyss is a cancer researcher whose scientific home is the Leibniz Institute for Aging Research in Jena, Germany.

In one sense, aging is indeed inevitable. We are all a day older today than we were yesterday.

But the best available data suggest that many of the diseases that come with aging could be avoided – that it is possible, in the words of American Federation for Aging Research (AFAR) scientific director Nir Barzilai, “to die young at a very old age.”

The U.S. NIH’s National Institute on Aging’s Intervention Testing Program (ITP) has been searching for ways to extend lifespan for more than two decades by now. And in its animal studies, it has been successful multiple times.

The National Institute on Aging’s Interventions Testing Program (ITP) is a multi-institutional study investigating treatments with the potential to extend lifespan and delay disease and dysfunction in mice. Seven compounds have shown significant extension of median lifespan.

Altos Labs Inc. reportedly attracted Amazon founder Jeff Bezos as an investor when it launched in early 2022, with an eye-popping $3 billion in funding. That inevitably led to suggestions that biopharmas are looking to make billionaires immortal. According to companies that specialize in funding research into aging, the idea is to encourage health care systems and payers to evolve and focus more on preventing ill health.

Nevertheless, there are important ways in which anti-aging research has the potential to make existing inequities worse.

For example, there is a clear risk of anti-aging approaches exacerbating gender differences in healthspan.

Extending the human lifespan: Live long and prosper? Science says you can

To most people, trying to prevent aging seems like a dream – maybe a pipe dream, in fact. But a dream for sure.

To aging researchers, it seems like common sense. And if animal studies are any indication, maybe not that hard, either.

James Peyer, CEO of Cambrian Biopharma Inc., told BioWorld that “the field has been done a disservice by the conflation of two things – what these drugs could actually do for patients…. And the philosophical, sci-fi obsession that mankind has had with slowing aging.”