I don’t know if this particular citation has been posted yet. But it does beg the question: Do we need high pulse dosing to get rapamycin past the blood-brain barrier to reap the benefits of rapamycin on the aging brain?

This article addresses rapamycin and resveratrol and some others commonly addressed in this forum. Interestingly it also mentions NSAIDs as a possible life extender. If this is true I should live forever. This may be why aspirin is listed as a life extender.

Also of interest is a compound 7,8-DHF, which is a small molecule that is structurally similar to the flavonoid NAD+ (nicotinamide adenine dinucleotide) and can cross the blood-brain barrier.

Studies have shown that 7,8-DHF can promote the growth and survival of nerve cells.

“Aging is considered the major risk factor for neurodegenerative diseases such as AD due to the slow deterioration of cognitive performance, particularly in learning and memory processes. Therefore, several studies in mouse models have demonstrated that rapamycin reduces amyloid-beta levels and abolishes cognitive deficits. Conversely, chronic treatment with rapamycin enhances learning and memory in young mice and can maintain memory in old mice. Moreover, rapamycin can exert anxiolytic and antidepressant-like effects (Kolosova et al., 2013).”

This may not be your cup of tea, but ketamine treatments in clinical studies is shown to increase synaptic neurogenesis and increased brain plasticity, though long term studies are unavailable.
https://www.ncbi.nlm.nih.gov/pmc/articles/PMC7225830/

There are a lot of things that are my “cup of tea” but unfortunately are not easily obtained by me.

This may not be your cup of tea, but ketamine treatments in clinical studies is shown to increase synaptic neurogenesis and increased brain plasticity

Are there any other psychiatric drugs or compounds that show promise?

There have been conversations here about many compounds but i have not dug deeply into the research… Nootropics, mushrooms and psilocybin for higher brain function - Oh my!

[Slowing the age-induced decline of brain function with prophylactic use of...

Due primarily to developments in immunology, chemotherapy and hygiene the estimated life expectancy at birth increased during the last century from about 55 years to 80 years. Since the human Technical Life Span (TLSh) is about 120 years and life...

Neuritic regeneration and synaptic reconstruction induced by withanolide A -...

We investigated whether withanolide A (WL-A), isolated from the Indian herbal drug Ashwagandha (root of Withania somnifera), could regenerate neurites and reconstruct synapses in severely damaged neurons. We also investigated the effect of WL-A on...

Plasmalogens:
“Our research suggests that plasmalogens may not just stop cognitive decline, but may reverse cognitive impairments in the aging brain. Additionally, aged mice fed with the plasmalogens grow new black hair that is thicker and glossier than aged mice not fed the supplement.”
Eating Sea Squirts May Reverse the Signs of Aging - Neuroscience News.

Example of plasmalogen supplement. The one I currently use: 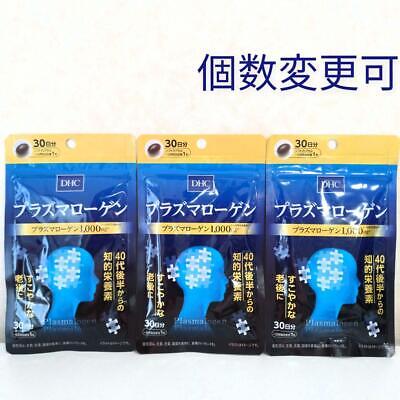 Find many great new & used options and get the best deals for 3 Packs DHC Plasmalogen supplement antioxidant act. intellectual nutrient 30days at the best online prices at eBay! Free shipping for many products!

Psycilocybin, 5-meoDMT, all show this promise mostly associated with the 5HT2 receptors (Psychedelics).
Interestingly Ketamine (Glutamate), is showing greater depression benefits when given a predose of Rapamycin!

Ketamine is available though prescription, IV is very expensive, Mindbloom is using sublingual with great success.

Plain old lithium seems to do the job.

Not particularly familiar with ketamine’s potential long-term side effects, but I was under the impression long-term use of ketamine for trMDD isn’t recommended for safety reasons? Maybe I’m mixing it mistakingly with risk of diversion and it seems you’re pretty familiar - hence the ask.

For treatment of GAD on top of reducing “brain aging” associated with it in my personal case - I’m more personally biased toward psilocybin. I had a poor individual response to SSRIs with the usual sexual side effects, then switched to nighttime low-dose mirtazapine in an attempt for hitting insomnia as well (so I didn’t have to rely on gabapentin off-label as there are tolerance buildup issues). Mirtazapine made me feel weird and groggy in the morning, so I was pretty bummed. Ended up doing CLIA-certified whole genome sequencing and took a look at SLC6A4, HTR1A/2A/3B, TPH, and BDNF specifically (well also some of the CYPs) and found a few drug-gene interactions and low predicted remission rates for SSRIs. It also pointed me to suggestive evidence towards other pharmacotherapy targets.

Although there is pretty weak evidence on SSRI efficacy/toxicity predictions, I have a 5-HTTLPR short-form genotype - which appears to suggest a decreased response to SSRIs and an increase in the reactivity of the human amygdala - which may be contributory to GAD. Since psilocybin appeared to be better at maladaptive rumination/repetitive self-critical thoughts even with short-form genotype and decreased blood flow to the amygdala, according to fMRI study (PMID 29030624) - I ended up settling on it via clinical trial - but I can’t say that it will necessarily apply to others, nor does the pharmacogenetics side have strong enough evidence yet for SSRIs - not to mention, WGS is generally not shown to be cost-effective. Now I get psilocybin from a brick-and-mortar Canadian store that sells it openly (dry whole shroom - I’m a stickler for avoiding adulteration ie even a tiny risk of NBOMe) at an estimated ~25 mg psilocybin equivalent every 4 weeks - but I prefer to pre-convert it to psilocin and reduce the time I’m out - it seems to work well.

As for how that relates to “brain aging” - rumination/HPA axis activation from chronic stressors/anxiety appears to be associated with shortening telomeres and DNN hyperactivity (PMID 19735238) which psilocybin reduces. Psilocybin increases BDNF, synaptic neurogenesis, and neuroplasticity as well. Seems long-term safety is likely high with such a long cultural use. And especially since it is intermittent use and non-addictive, it would seem unlikely to pose significant safety concerns assuming supervision, although there can be rare serious side effects like HPPD.

An interesting update is psilocybin appears likely for FDA approval soon (probably the end of 2023 if not 2024) and there are licensed Oregon centers now: DocumentCloud

As for some other “brain aging” interventions:

I take microdose lithium 1mg - don’t really feel anything and it’s hard to tell if it’ll pan out since a trial on ALS failed before - the likelihood of harm seems minimal - it slowed cognitive decline in AD patients in a poorly done study. (PMID 22746245)

Been looking at Circadin (melatonin prolonged release) vs eszopiclone vs lemborexant (I’m indicated since I already tried CBT-I and sleep hygiene) for a while. Sleep architecture alteration is a long story and not going to get into it - the basic principle is don’t mess with it on your own, since it’s really complex with a lot of knowledge gaps.

Personally, I’d be wary of MAO inhibitor use. But then again, that’s because straight off the bat I’ll already have possible several drug interactions if I took Deprenyl.

How about chronic ketamine use for legitimate therapeutic use? I’m not sure if ketamine abuse/addiction (seems to be at higher frequent doses?) side effects would necessarily apply as much if one is using a lower dose therapeutically.

I have heard of this occurring in IV Ketamine clinics, but not so much with the sublingual Ketamine used in KAP (Ketamine assisted psychotherapy) though it may be underreported.

Yes, NSAIDs help reduce pain but also reduces inflammation in the arteries where plaque forms. I personally also take low dose statin Crestor for same purpose not LDL reduction. Inflammation is number 1 killer of humans causing kidney disease, strokes and heart attacks. I measure my inflammation with high sensitivity C reactive (mine is less than 0) and Microalbumin/Creatinine ratio urinalysis. (less than 2). Track plaque build up in arteries with a CIMT ultrasound every 6 months. Calcium score is 23. 76 yo male. High glucose levels in blood causes inflammation. Controlling blood glucose, blood pressure and inflammation will go a long way to putting the odds in your favor for a long health life. .Along with Rapa of course.

Personally, I’d be wary of MAO inhibitor use. But then again, that’s because straight off the bat I’ll already have possible several drug interactions if I took Deprenyl.

If you look at the study above, the recommendation is only 1 mg daily. The Life Extension Foundation settled on a daily dosage that totals 10 mg per week. At 1 mg Q.D., it should significantly reduce the chances of MAOI related interactions. (This is the regular tablet. The sublingual tablet is much more potent). Still, if I was on an SSRI or some other meds, I would still avoid taking them together, anyway.

I have no financial interest in this organization.

Mindbloom offers affordable, accessible at-home ketamine therapy for 75% less than in-person clinics. Take our brief assessment to see if you're a candidate.

Low-dose Deprenyl is a given, the typical adjunct dose is 1.25 mg per day to start for PD.

But note it is still an irreversible MAO-Bi at that dose which means lasting 2-4 weeks. Serotonin syndrome (rare) is only one of several issues - you can have increased side effects with any serotonergic agent without serotonin syndrome. There is also potential for a hyperadrenergic state and hypertensive crisis (or even elevated blood pressure). Not only that, it’s not clinically meaningful for Alzheimer’s compared to alpha-tocopherol based on the human data so far.

I wouldn’t hold my breath on the alleged “antioxidant” theories involved - the promoters don’t talk about the null effect studies on low to moderate doses or decreased lifespan in high doses when they cite mice studies. The slight mortality benefit in human PD studies is often cited but there are 2 studies showing increased mortality in humans. When there is clear selection bias for the proposed lifespan extension effect - you should avoid those promoters. The most common argument on effect size is “it’s given too late”, but they’ve tried it in early PD as well.

If it does have significant effects in “healthy” individuals - it might be close to the effects seen in Protandim hypothesized from Nrf2. Not sure it’s worth it based on effect size extrapolated to humans even if a later ITP confirms a similar effect, especially if you already capitalize on the same proposed mechanisms with much safer agents.

Ultimately, statins slightly earlier in life when borderline indicated, and if you like similar antioxidant theories - dietary flavonoids - look better if we wanted to go off-label for mild AD or MCI. The evidence is also thin but looks much better.

Low-dose Deprenyl is a given, the typical adjunct dose is 1.25 mg per day to start for PD.

No, it’s 1.25 mg per day for the oral disintegrating tablets to start. For the regular tablets, it’s 5 mg twice daily.