Women age better than men and live longer. Scientists are working to Learn Why

A good overview of the differences between men and women from an aging perspective, in a newspaper, so in layman’s terms. Some researchers think the key issue is one of hormones, and that is why alpha17-estradiol therapy only seems to work in males.

Interesting to keep in mind that women are really the super agers in our world:

The signs that women are the tougher sex when it comes to health are copious. Eighty-five percent to 90% of centenarians are women. All of the world’s 10 oldest people with credible birth records were female, Austad said. In 2018, women died at a lower age-adjusted rate of 13 of the top 15 causes of death, according to the National Center for Health Statistics. There was no sex difference for stroke. Women were more likely to die of Alzheimer’s disease, although men who get dementia die of it more quickly, said Michelle Mielke, a Mayo Clinic epidemiologist who studies sex differences in neurodegeneration.

“Women tend to die of the same basic things that men do, but they die at later ages,” Miller said.

At the cellular level, women’s brains look four to five years younger than men’s, Dubal said. Many biological markers indicate faster aging in almost all of the tissues in male bodies, Kerr said. Women get heart disease later. Their vascular health is generally better than men’s, although they have more disease in small blood vessels in late life, Mielke said. Women’s immune systems respond more quickly to viral invasions. This is one explanation for why they’re more likely to recover. It may also be why they’re more prone to autoimmune diseases than men.

But, men do well in some areas:

Then we come to what Austad calls the “morbidity-mortality” paradox. Men who survive into late middle age and old age tend to have less disability than women. One theory is that men die of diseases that women survive, but the women do not emerge unscathed. 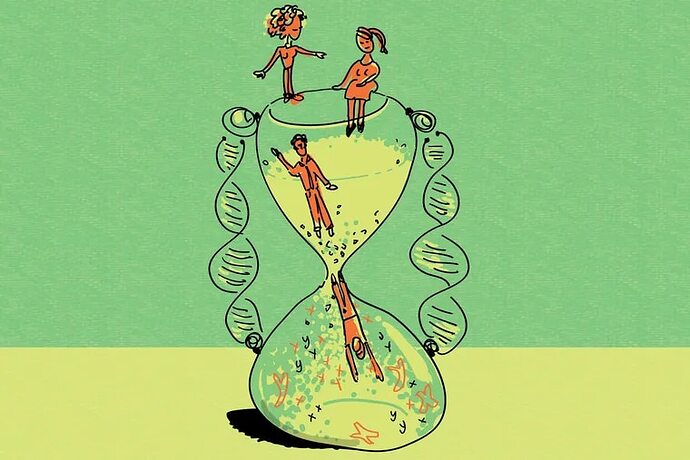 In most ways, women age better than men and live longer. Scientists are...

“Under almost any condition we can imagine, women do better,” said Steven Austad, who studies aging at the University of Alabama at Birmingham.