Why we need Rapamycin

Today my father told me that two of his good friends probably won’t make it to 2023. This makes me feel terrible as I knew both of them and they were friends of the family. I still remember visiting them and playing with their children when I was a young lad. One has entered into palliative care due to cirrhosis of the liver due to fatty liver. The other will be entering shortly due to a heart condition due to plaque buildup.

But, they didn’t have to go so young.

Rapamycin + Metformin could have prevented the fatty liver in its entirety for the first one. Other than the liver damage, he was in pretty good health and could have survived another decade. He is only 75. A good man and friend lost a decade too soon.

For the other, I am not sure Rapamycin would have helped, but there could have been a preventative treatment that would have. Omega 3s? Statins? He is 83 yo.

We need better preventative care so that we can all live longer lives with our friends and loved ones. We need to get the message out to others to prevent an early loss of life before it is too late.

I mourn their loss and the world will be a worse place without them. This is my remembrance of them… One last story for their chapter.

Not sure what you intended to emphasize in your post. The value of Rapa? But you touched on what I feel the the most important issue in US healthcare. Healthcare in this country primarily consists of medical care for people in poor health. Very little preventative care. Very little emphasis on living a healthy lifestyle with diet, exercise, and supplements.

One of the downsides of living a long time is to see your good friends and relatives pass away. If you are too far ahead of the game it may be lonely at the top.

Actually, I wanted to emphasize the importance of preventative care and how many of the things which are currently killing the eldest generation could have been prevented by Rapamycin in particular and other interventions in general. The title of my post was a little disingenuous, however, I do think that Rapamycin could have cured each of these friends if they had started taking it preventatively even in middle age.

Rapamycin is truly a wonder drug, and there are many that could live a lot longer if they only knew about it! Sometimes it’s good to know about real-world examples where Rapamycin could help or could have helped. If we can save at least one of our loved ones, it will have been worth it. Right now I am working on my parents.

@desertshores That’s why we’re here buddy. You are not alone.

You can also make new friends… even if they are only online.

I see this all the time in my field of work. Older people who are lonely because spouses, friends, and often children have died before them.

In my non-scientific experience the healthiest older people have made efforts to remain social, often but not always have a drink a day, do something that challenges their brain like playing Bridge or practicing piano, and remain active by doing a lot of walking in the course of the day, either by doing lots of errands or intentionally exercising.

One person walked on her walker for half an hour three times a day in her small condo by turning on the radio and doing circles through the living room, hallway, and kitchen. There were track lines in the carpet any time I would visit.

Another person played tennis to age 95 (he had Nordic blood fwiw) and finally stopped not because he couldn’t any more but because he felt bad for his opponents, that he wasn’t much of a match.

First, prioritize social connections. Don’t move away from your community just as you are becoming feeble, just to live near adult children. The loneliness will make your last years much worse. Join a church, synagogue, mosque, ashram or whatever and meet people and join in on group projects. Join clubs, choirs, running groups, Jeep meet-ups, pickleball leagues or similar.

Second and third, prioritize physical and brain activity. Move it or lose it. Many of the options I mentioned above use body and mind as well. Being social uses a LOT of brain power. Plus you need to get to the place and get home. A 97 year old friend was just raking his leaves last weekend, as he regularly does and there we were together talking about it.

I place Rapamycin and other supplements and interventions as a powerful fourth priority, but no higher. At their best they will help you do the above better and longer, but it won’t replace them.

My son turned 32 this week… he dosed for 6months earlier this year…had a swallowing…choking issue… weight gain… which swallowing resolved and weight stabilized… so he stopped dosing 6 mg once a week.

He went back on this month… 2mg a week. Last night we discussed the early age use of rapamycin research having long term affects . If true he is on the right path…

Was starting to fear he might catch up to me and we both end up old men. Now he can still be younger and assist me much later… Lol.

Rapamycin + Metformin could have prevented the fatty liver in its entirety for the first one.

This is news to me. Any sources for this?

Nordic blood? Is that important?

This is the video on Rapamycin and Metformin. One point mentioned is that a study showed the combination prevented fatty liver. 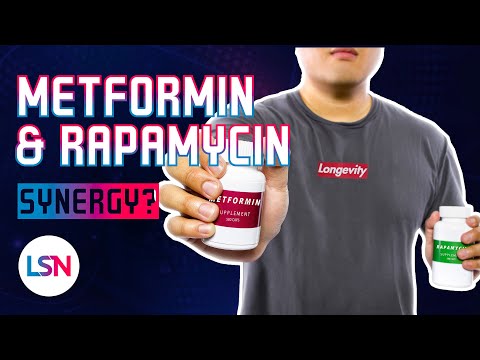 I was just informed that my father’s friend with fatty liver passed away on November 5th or about 5 days before I started this thread. Rest in Peace.

There’s a lot of papers on PubMed with regard to rapamycin helping heart disease.