What would make you all feel happy?

(having high-energy/low-pain levels + being in control of WHAT I do with my time and being free from unaligned work >> everything else including social validation). This is why school/being under Asian parents decreased happiness when I was super-young. This was why finding free housing in Boston had a MUCH larger effect size than ANYTHING (alas, it was not enough to resolve all my trauma even though almost all of it was preventable).

[one time in middle school, I once bitched to someone on AIM about needing to study all the time vs having fun. She said that “having fun” => memories). She was actually right. Except that the conception of “fun” that everyone had at the time was super-lame. There aren’t many great options for ppl in middle school) 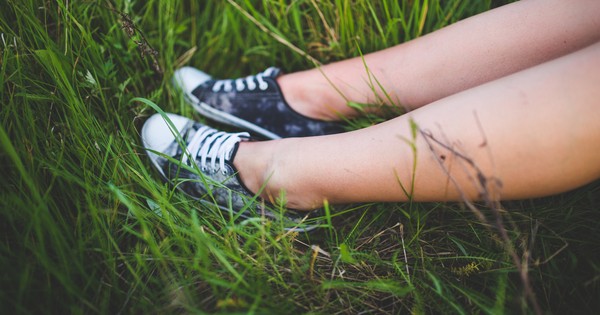 Answer: Well here's a previous synopsis of things that made me really happy: What was Alex K. Chen's fondest memory? Alex K. Chen's answer to Outside of sex, what's the greatest feeling ever? I think I haven't had as much life experience as most...

And to what extent is longevity/lifespan extension important for it?

It’s an important question. This is why the Harvard Grant Study is one of the most important books to ever read (though everyone in that book is still kind of a “normie”, and it does not show the value of “internet fame”)

For me, I know that being surrounded by smart super-open people is important. ESP people who are into longevity! (In theory, longevity people theoretically never really drift, though in practice I notice that no-one from crsociety.org is here => I suspect that much of Nathan Cheng’s ODLB people will NEVER drift). This is the core reason why a lot of people crave getting into elite colleges (even though it’s easy to roach around them without doing all the killself’ing to “meet” the horrid admissions rates). Now it’s easy to find them without going to them (or by going to SF). You do not need to be super-competent for a core group of them to fundamentally accept you (this is what I even discovered through Austin Wigley).

Having high agency over what to do, being respected LONG-TERM, having a source of people who value me LONG-TERM (even if not the original set of people I obsessed over). Having a source of “passive income” (hi sigil!). I know I do not have the highest energy levels, and b/c of this, I know that finding sustainability in competitive pursuits that require super-high levels of energy is not super-sustainable long-term. Also, because I have low energy levels half of the time, I probably will never have kids. It also helps to have friends who can help you do important things if you do not have the highest energy.

Longevity is super-important, b/c all flexibility/agency decreases with aging (ESPECIALLY adaptability to the newest/latest technologies/ideas which are often WAY better than anything I knew of growing up). I know some of the graphs that show “older people as happier”, but they discount wisdom.

A friendgroup of highly unattached people helps (people without families). People without families just drift less. I notice over time that some divorced people really like me… It is still possible to be friends w/people who have families - but a core support group needs to have some unattached people. Internet fame makes it possible to access those who are decades younger than you (this is important if you do not have the energy for kids, and b/c most of your same-age friends will die way before you do, AGI => longevity issues aside [1])

HAVE A BASE OF high-openness/LOW-ANGER/LOW-DISGUST FRIENDS (again, psychedelic circles have LOADS OF THEM)

Super-open people who are open to exploring everything. Esp the ones you can INFLUENCE. I know that much of my early Internet exposure came through following super-open people like Stephen Hsu, Razib Khan, Kevin Kelly, Andres Sandberg, gwern, Randall Parker, Dean Pomerleau, etc… Most of them will not be close to me simply b/c they just prefer much different information patterns (though they are great to talk to from time to time).

How important is being smart? It’s overrated for happiness, but having more smarts makes things easier. You NEED to be surrounded by smart people, but you do not need to be anywhere as smart as most of them. Especially if you make something easier for them. I more appreciate people with TASTE who PAY ATTENTION TO THE RIGHT THINGS (which gives me more intuition that I will NOT DRIFT from AGI/AI people, especially Ethan Caballero/Michael Trazzi/Irina Rish/etc)

I used to be attracted to edgelords/people who do psychedelics. They formed the base of my early friendgroup and are often unusually tolerant/high-openness. But these are not the most important things, and it’s important to know that there are limits to edgelording (if you want to select for the most LOYAL people who care the MOST about you, a broader base of people than just edgelords is nice, though I certainly lucked out with forming much of my core social group around Ivy League psychedelic student organizations). I will have to take a long moratorium from psychedelics, but I constantly continually notice that a freakishly high percent of people who love psychedelics seem to REALLY love/appreciate me (maybe b/c it increases their sensitivity of what I COULD be?)

I grew up in the pre-TKS/pre-Twitter-takeover era. Therefore everyone I knew did not care about the “important things”, so drift became inevitable (like, I barely talk to anyone pre-2016 [INCLUDING THE QUORA PEOPLE] - it was a massive waste of my most important time

). For TKS GenZ’ers who grew up in the Twitter era, a lot of them ended up valuing the RIGHT things, and they may surprisingly drift less from each other.

After a certain inflection point in time/fame-level, it’s also important not to do anything too controversial. Most culture wars are not worth the polarization. I know I grew up reading much of the gene expression/human biodiversity names - what they say is interesting but I do not care much for it (AGI makes it irrelevant). I also am glad I am almost asexual now.

You can just follow Nick Cammarata, Romeo Stevens, Andres Gomez Emilson, qualiacomputing people. They have A LOT to say about jhanas and achieving it through neurofeedback-informed means (watch for Stephen Zerfas). The effect size of this all may be higher than EVERYTHING I said before.

You can also inspire your friends/followers to be something bigger than they already am, and that enables them (esp by not discriminating on basis of background/age). Online fame helps.

I also need freedom. I cannot be doing unaligned work. Perhaps there is a pt in the future where I will do longevity work (kind of like Nathan Cheng) but I would rather be funemployed than to do anything non-longevity. I do care about having my time well-spent, which means learning material I do not forget (and that comes easy to me). Longevity research is MUCH larger than it was before, meaning that I can spend a lot of time learning longevity now (and it is much easier to read than the non-longevity-biology from earlier). Plus I can become more knowledgeable than others (perhaps higher-breadth-than-anyone) this way [reason@fightaging may be higher-breadth, but I have a different kind of breadth that spans beyond just longevity]. This also means I consume more than I produce, but this may not be the worst possible thing. It would be nice if I developed better research taste (rather than “reading taste”) - I know that one of the ODLB cofounders mentioned struggling with research taste in their undergrad years so they initially went for summarizing/going for knowledge rather than the other routes. I also need some optionality and have a high degree of historical trauma, which also means “breadth over depth” (b/c with depth, there is much greater risk of catastrophic failure/forgetting in case your idea does not work out). You cannot have everyone be this way, but fortunately most people are not (Vipul Naik said that “I am nice to have around, but there would be diminishing returns to 5 people like me”. I wonder if this is also true for Nathan Cheng)

In the ideal case, I also just wanna be adopted by someone who owns one of these houses - https://twitter.com/MichaelTrazzi/status/1580598032273244172 . This is also why I am obsessed with staying neoteneous, low-mTOR, low-weight, minimal body odor, and castrated. I was already adopted once - this did more to detraumatize me than ANYTHING (it finally removed my 50% parental trauma - I once said “over time, resentment towards school increases and resentment towards parents decreases”). But I may not be where I am currently forever.

Longer term? Having an impact with my writing, having a few close relationships and people who care about me, being healthy, having a job I enjoy…

I seem to have a strong need for cognition ( and I obsess about my cognitive function, probably too much). I think if my brain started not working as well from aging I’d be very sad about it.

omg thank you SO MUCH for coming here. I’m so glad you are here! I wish we had the kinds of convos I had with many people earlier than you.

I was looking at your AllMyLinks yesterday and had it open in a tab… so I happened to see your post come through… I’ll stick around!

Any idea how to learn Jhanas?

Having my friends and family around longer and healthy. Liberating not only myself but also my loved ones from the shackles of being a wage slave and allowing them to pursue their dreams. Feeling loved and appreciated. Not dealing with office politics which belongs in its own circle of hell. I love my job, just not everyone I have to deal with at it.