Yes, I know it’s way more complicated than that. However, the thought of being attached to a dialysis-styled blood filtering system is a bit macabre\grotesque\uncomfortable.

being attached to a dialysis-styled blood filtering system is a bit macabre\grotesque\uncomfortable.

Seems like it would be preferable to plasmapheresis… but actually pretty close to the same thing perhaps: Plasmapheresis Startup Looking for Clinical Trial Participants SF Bay Area

I believe this is similar to what Lance Hitchings did in this video. First he harvested a few billion blood stem cells and then replaced his plasma with new plasma. It is very much a dialysis-styled blood filtering system in action. 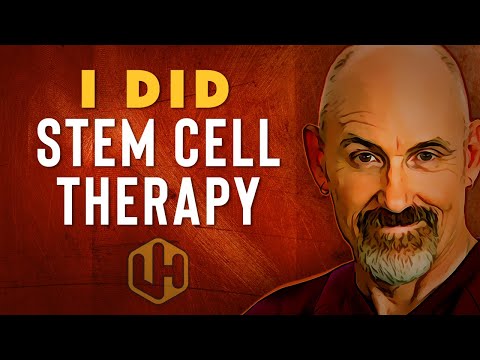 Commentary on the New research:

@mkaeberlein
A nagging question has been whether heterochronic parabiosis significantly increases lifespan. It's a very difficult experiment and, while perhaps not definitive, this study suggests the positive effects are unlikely to be large for lifespan: liebertpub.com/doi/10.1089/re…?
Arhu August 5, 2022, 7:47am #25

Actually, I agree with you. It’s hard to tell whether a positive effect comes from the stem cell treatment or from the relatively inexpensive supplements. I’m just throwing it out there to let you know what exists. Kind of the state-of-the-art longevity tech that we will probably all cringe at watching 20 years from now. I do like Lance Hitchings other videos, but this one seems a little bit too far left field for me.

There already is - I already know multiple ways of Phase II Detoxification enhanced in traditional Okinawan diet with UDP-GT and GLYAT confirmed with in liver tissue. Not only that, HSP27 cytoprotection and Gst, Nqo1 protective gene activation.

There are real reasons why Okinawans get far less rates of cancer. And they didn’t need NAC to do it, in humans whether GlyNAC can lower cancer risk is still unknown - there is also a real possibility (with evidence) that cancer cells can suck up glutathione for themselves to improve their survival rates - effectively making GlyNAC possibly tumorigenic in certain situations. That’s partly why ultra-hyped “anti-aging” antioxidant supplements previously may have contributed to possibly lower lifespan overall.

Previously massively hyped “detoxing” and “anti-cancer” beta-carotene actually increased lung cancer and gastric cancer in smokers and others with toxic exposures. We are pretty darn certain about it such that I would literally tell smokers to be wary of OTC antioxidant supplements

I understand beta carotene is not a good supplement to take. Do you feel the same about GlyNAC? It seems like it may protect cells before cancer develops but then may also protect cancer after it develops. It’s a conundrum regarding antioxidants. Great before cancer but terrible after. Too bad there isn’t a cancer meter that tells you when you get it.

Do you think we should cut antioxidant supplements like vitamin C as well?

I simply don’t know. There’s no way to say for sure in humans until we get human data. Don’t forget mice cancer studies almost always have the lowest human translation. The success rate is extraordinarily low even when taken into consideration that they are mice studies.

I take plenty of Glycine indirectly via unsalted organic bone broth and collagen peptides (both are free of heavy metals from independent third-party testing) and I take USP grade NAC on and off rarely in certain situations. But I am happy to wait and see with routine GlyNAC, since Okinawan diet, lifestyle modifications, and rapamycin might be enough to keep cancer rates down and I have easy access to MD Anderson for GWAS, multiomics, and experimental testing options in multiple clinical trials to check for cancer.

I don’t expect cancer in my 30s though, so I have plenty of time to wait. Not to mention, advances in cell and gene therapies are promising enough (assuming you have at least $1M+ to pay for it) that dementia is my main focus. Eventually, that’s going to be the biggest problem - “brainspan”.

There are a lot of people (not referring to you, but others) taking GlyNAC and NAC because it’s like the new ivermectin spin for COVID - may or may not work this time actually - so there’s plenty of data I can check on from patients to wait. I have them all archived on Epic.

I don’t take Vitamin C supplements. I do have plenty of Vitamin C from fruits and vegetables.

In the “gold standard” “high certainty” Cochrane review on antioxidants I previously cited:

Not only that, high-dose supplemental Vitamin C is associated with kidney stones. Really painful for patients when I see it.

I am not trying to take GlyNAC due to COVID, although if there are any benefits in that regard I will take them as COVID is a blight upon humanity.

As far as brain span is concerned, I personally have felt that the combination of NMN, apigenin and resveratrol in EVOO (with black pepper and tumeric) has helped my mental clarity, memory and cognition. I seem to be operating at two levels higher than I was before.

I would define a level as being equal to the change in cognition and clarity between when you wake up and after you drink your first cup of coffee.

Although it could be related to the other supplements I am taking. I just feel as physically and mentally healthy as I did in my late 20s due to the supplements. I hope it’s not just a placebo effect, although that could be part of it.