Results from C2017 ITP Study: Rapamycin plus Acarbose, Poll - What do you think?

Rapamycin by itself (in the Cohort 3, 2006 study) when tested at 14ppm, and when started at 9 months resulted in 13% increase in median LS for males, and 17% Median LS increase for females.

So, what is your bet on what happens when Rapamycin and Acarbose is combined?

Post your rationale on why you believe this, and with an exact percent change in median lifespan and we’ll give “longevity bonus points” for people who come closes to the actual results when they are announced.

What is the diet the mice are fed, and what is the macro composition? I feel a lot of the differences between the treatment groups will hinge on this.

Also is it daily rapamycin or intermittent rapamycin?

The past RAPA and ACA ITP studies have been daily dosing. Not sure what the exact diet the mice are fed - but if its the same baseline diet for all the studies (which I would assume would be the case) - and the only variable is the drugs they are taking - why do you think the that the macro composition would matter?

Moderate/High starchy carbs => multiplicative results because acarbose can help much more here with reducing glucose or insulin spikes (and also reduce the subsequent activation of mTOR via AMPK) especially when rapamycin is also causing some insulin resistance. Higher the starchy carbs, more obvious would the multiplicative effects be. The result one way or the other would be like having keto + rapa together.

That covers probably two of the options. I highly doubt that we’ll see neutralizing results or negative results

My guess is “less than additive.” Both rapa and acarb have anti-inflammatory effects, though through different mechanisms. However, the effects may be overlapping and not additive. My guesstimate on % change in median: male 17%, female 17%.

My theory is that the mechanism of action for rapamycin and acarbose is largely discrete and different from each other - so they are likely to be additive, but then there are likely some small level of overlap of some of the effects e.g. perhaps some of the MTORC2 effects overlap with some of the acarbose effects - so that the net effect will be slightly lower than if they were completely independent. In fact, I suspect that the degree to which the two are not additive indicates the level of overlap of the two drugs in terms of pathway impacts.

If they were completely independent pathways then I think it would be purely additive - so Median LS for males would increase by 13% (rapa) and 6% (Aca) for a total of 19% increase in median LS. But - if its lower than 19% (say 15%) - then that the 4% reduction from the purely additive result represents the “overlap” of the two medications’ pathways.

For example - here is a new paper that suggests overlap in mechanisms and pathways: 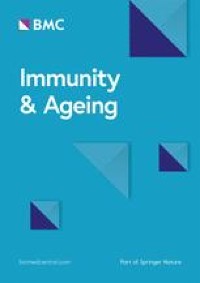 Background Rapamycin (Rapa), acarbose (ACA), and 17α-estradiol (17aE2, males only) have health benefits that increase lifespan of mice. Little is known about how these three agents alter the network of pathways downstream of insulin/IGF1 signals as...

This would be my vote and was the case with Metformin. I think, once you’ve decreased inflammation beyond a certain level, decreasing it further won’t increase benefits.

This is my prediction for low carb diets. But with higher carb levels, maybe acarbose would help

OK - it looks like the results are in (paper still not published yet - but its been in the works for months I know) - Rich Miller announced the best results they have ever had in the ITP program.

Starting at 9 month of age with rapamycin and acarbose (I don’t know yet the doses yet) resulted in 29% increase in lifespan in mice.

I look forward to the paper!

[Longevity Supplements - Interventions Testing Program Results | Dr. Richard Miller] Much of the newer info is towards the end. A few takeaways: New, as of yet unpublished, ITP study astaxanthin improves lifespan in males (not females). Sulforaphane may or may not increase life span/health span (couldn’t get it in a stable form into mice). Spermidine supplementation in mice, even at high doses and for 6 months, caused no increase above baseline spermidine levels in plasma or tissues (i.e. supplementation was worthless). Fisetin not only had no effect on life span in mice, it had NO effect on decreasing senescent cells (!!!) Also, no effect of curcumin or green tea extract on life span (that’s old news, though).

It is shocking after all these months and years that we all scrutinize published test results and find that long held public believe in supplements such as Spermidine, curcumin, green tea and now Fisetin are absolutely no help whatsoever! I took all of those and I’m sure most of us did! I find it nauseating and sickening that the public is constantly being duped by these so-called “legit” published review sites! It looks like ITP is the only thing you can count on now. I only discovered ITP and their methods in recent months through Brad Stanfield’s videos.

I agree with you that almost all studies that show significant positive effects from intake of various substances or approaches to eating turn out to be greatly exaggerated or totally false. In most cases though, I don’t think it is due to deliberate attempts to defraud. I am just as frustrated nonetheless. Actually, I find some people in the longevity community to be pretty much the only decent sources of some actually utilizable information.