Do any long-time users of rapamycin have any experience with prostate enlargement before rapamycin use and shrinkage of the prostate after use? BPH is pretty common among men over 50. Rapamycin is frequently mentioned as a possible aid with BPH, but I have seen no evidence until I came across this study; 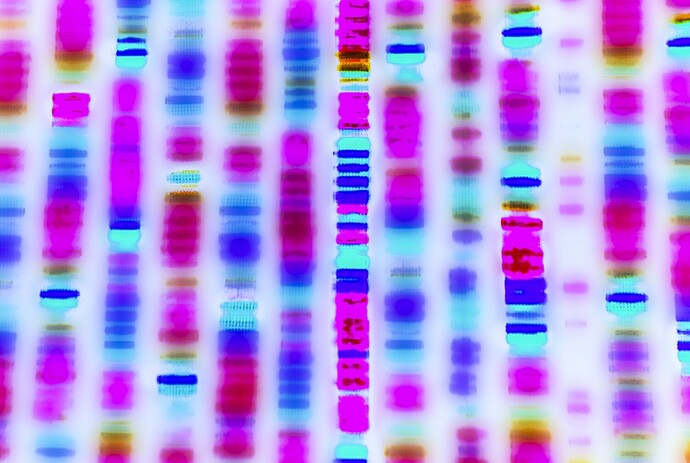 Growth of the prostate is exceptionally common in aging men, leading to problems with urination. This overgrowth is not a tumor-like condition driven by gene mutations, and may be treatable in many cases with a class of drugs called mTOR inhibitors,...

I have elevated PSA and benign BPH. No obvious improvement from rapamycin. Been on 5mg per week for a few years, and for the last 2 months I’m taking 5mg with grapefruit juice once every 10 days.

I was encouraged by that study and I too would like to know if BPH improvements have been demonstrated with rapamycin. My year or so of use wouldnt qualify as long term, but so far I havent seen improvement.

PSA is reportedly reduced by a number of products, fisetin, quercetin, EGCG, DIM, and rapamycin. But I cant find studies showing improvement of BPH from rapamycin. Interestingly, tadalafil improves BPH symptoms but doesnt lower PSA. So the relationship between prostate size and PSA doesnt seem to correspond to a similar relationship between PSA and symptoms of BPH.

There seems to be some research that supports the idea that rapamycin will help with BPH:

Rapatar normalized weight of the lateral lobes in sulpiride-induced BPH, the most relevant animal model of human BPH. Unlike Finasteride, a standard therapy of BPH, Rapatar reduced inflammation caused by sulpiride. No obvious side effects of Rapatar were detected. Our data provide a rationale for clinical trials of Rapatar in patients suffering from BPH.

Benign prostatic hyperplasia (BPH) is the most common age-related disease in men. Here we tested the efficacy of Rapatar, a micellar nanoformulation of rapamycin, in two rat models of BPH: testosterone-induced and sulpiride-induced hyperplasia in...

from this study: Roles of autophagy in androgen-induced benign prostatic hyperplasia in castrated rats

and, with more of a focus on MTOR and prostate cancer we see:

We used immunohistochemistry to investigate the activation level of five important markers of the mTOR pathway… The expression levels of these five markers were associated with patient clinical and pathological characteristics.

Activation of the mammalian target of rapamycin signalling pathway in...

miR-100-5p Downregulates mTOR to Suppress the Proliferation, Migration, and...

miR-100-5p is expressed at low levels in PCa cells, and it can suppress PCa cell proliferation, migration and invasion, the mechanism of which is related to downregulating the expression of mTOR.

the medical consensus is that BPH is caused by an increase in 5-alpha-reductase, which converts testosterone to DHT as one ages. Excess dHT causes the prostate to increase in size, restricting the bladder. According to the litereature I’ve seen, in younger men progesterone is a natural 5-alpha reductase inhibitor that keeps DHT from getting out of control, but it declines with age like testosterone. Theoretically you could supplement with progesterone and it would have the same effect. In practice, most doctors prescribe finesteride or dutasteride, which are both 5-alpha reductatase inhibitors. tadalilfil 5 mg relaxes muscles, making urination easier, but doesn’t affect prostate volume, which is the problem. there is a relatively new and expensive drig called Mirabegron which is prescribed to block the enzyme that causes one to wake up needing to pee.

More than anyone else, Dr. Green would be in a position to have formed an opinion on this subject. I’ve never heard it discussed but he does include BPH under the heading “Disease B”, suggesting it may be helped by rapamycin therapy but there is less evidence.

Blagosklonny 2017, “Phosphodiesterase 5 (PDE5) degrades cGMP. PDE5 inhibitors, including sildenafil (Viagra), tadalafil (Cialis), vardenafil (Levitra), and avanafil (Stendra) are remarkably safe for everyday
use for a long term. In most studies, 5 mg tadalafil once a day had minimal side effect and improved BPH and ED”.

That’s very promising news about the new drug mirabegron. I, for one, would love to be able to sleep through the night. There is a concern, though, in that it interacts with rapamycin and dasatinib. The extent of the interaction would need to be quantified in order to keep dosage of rapa and dasatinib close to target. I wonder if that data exists? Would any physician even prescribe it for us knowing of the interactions?

IMO all the more reason to have a physician on board who will allow you to test your rapamycin/sirolimus levels pre- and post-addition of a new medication.

I agree. I cant imagine experimenting without physician oversight. Would they have all the information they need? All the studies I’ve seen for rapa blood level are based on trough level for transplant patients. Is there any data regarding desirable peak levels for anti aging? Is there data relating specific dosage and corresponding peak level?

Good questions! I don’t know. Tomorrow I’m getting my trough levels tested (day before my Sunday dose), so it will be interesting to hear what Dr. Morris says.