Interesting to have all this in one place! 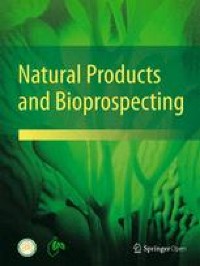 Human longevity has increased dramatically during the past century. More than 20% of the 9 billion population of the world will exceed the age of 60 in 2050. Since the last three decades, some interventions and many preclinical studies have been...

I just copy the paragraph on rapamycin:

Rapamycin (Scheme 1, 5) is a macrolide isolated from Streptomyces hygroscopicus, an actinomycete from soil samples from Easter Island. Initially rapamycin was discovered as a new antifungal agent, and later it was found to show immunosuppressive and anticancer activity by inhibiting the mechanistic target of rapamycin (mTOR) [38]. mTOR is a serine/threonine protein kinase belonging to the PI3K phosphatidyl 3 kinase family that regulates not only growth and proliferation but also metabolism and aging. mTOR forms two distinct protein complexes, mTORC1 and mTORC2; the former is highly sensitive to rapamycin, whereas the latter is only chronically sensitive to rapamycin [39]. In the last decade, it was evident that genetic and pharmacological inhibition of mTORC1 prolongs lifespan and delays aging, but that inhibition of mTORC2 negatively affects mammalian health and lifespan and leads to many side effects of rapamycin [39].

In 2003, the TOR pathway was discovered as an important aging regulator in nematodes Caenorhabditis elegans, [40] and later in yeast Saccharomyces cerevisiae, [41] and fruit flies Drosphila melanogaster [42]. Rapamycin was first proposed as a potential anti-aging therapy.

One study showed that even when the treatment was started at a very old age, female mice lived a remarkable 14% longer, and male mice lived 9% longer [43]. Rapamycin supplementation increases median and maximum lifespan in male and female mice. Results from several independent research groups have shown that rapamycin extends the lifespan of different strains of mice. Beneficial effects have been reported for various treatment strategies, from age of onset (i.e., middle-aged, late-aged) to duration of treatment (i.e., transient, intermittent) to mode of administration (oral, intraperitoneal) [44, 45]. In mice, rapamycin supplementation improved several age-related indicators such as muscle strength, immune function, oral health, mitochondrial function, coordination and balance, pain perception, cardiovascular disease, and brain health [46, 47]. Many promising results support further research with rapamycin as a potential intervention for common neurodegenerative diseases associated with aging, including Alzheimer’s disease and Parkinson’s disease [48, 49]. A strict clinical trial is currently underway to evaluate the efficacy of a mild TORC1 inhibitor in Parkinson’s disease. Although many challenges remain in translating the remarkable efficacy of rapamycin therapy into routine clinical practice in age-related diseases, there is no doubt that the future of rapamycin therapy is bright [39].