My brain likes nicotine, it improves cognition and energy. Sadly, I quickly build a tolerance and it loses its effect. I have used huperzine, a Cholinesterase inhibitor with the ACH agonist Alpha GPC for years. There is not an issue with tolerance but it does not have the powerful cognitive boost of nicotine.

What other ACH agonists are as powerful as nicotine that do not build tolerance?

“These results suggested the acute exposure to nicotine was beneficial to protect the neurons, especially cognitive enhancement, and the elevated picolinic acid continually protected neuronal cognitive function after nicotine withdrawal.

Furthermore, the dynamic alterations of neurotransmitter metabolism induced by nicotine might be a possible protective mechanism of nicotine on hippocampal dependent cognition.” 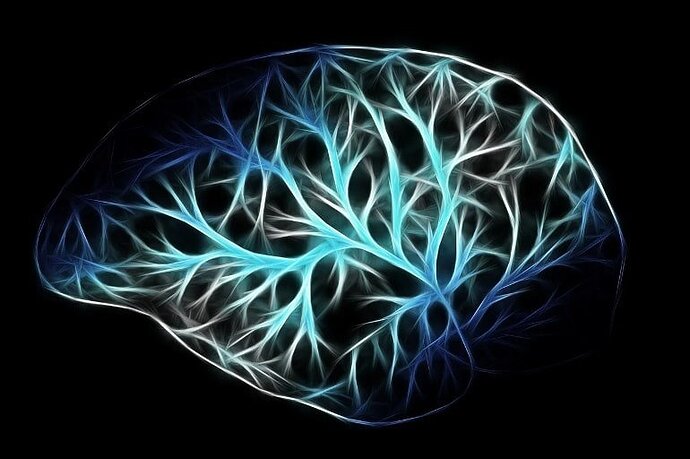 When I was experimenting with nootropics a few years back I ordered some Nicorette nicotine gum and tried it for a while. The reason I stopped taking it was it produced an unwanted buzz and dizziness. I just tried it again today and got the same result.
I ordered it from Australia because it was much cheaper than my local pharmacy.

I think those of us who have a relative deficit of a certain neurotransmitter benefit from increasing it. I apparently have an acetylcholine deficit because nicotine makes me very smart. I need to have about 2 mg of nicorette. Stronger than that makes me jittery. Same with too much huperzine or Alpha GPC

I’ve got overactive monoamine oxidase SNPs (MAO) so my SNPS lead to a deficit of dopamine. I need a lot of dopamine agonists. In addition to Seligilene, I take tyrosine and dopa macuna. On the other hand, my girlfriend has underactive MAO and she cannot do any dopamine agonists. When she was put on Ropinerole for restless leg, she got so anxious that she developed agoraphobia.

Mine is 4 mg. Maybe tomorrow I will try cutting one in half. 4 mg. is way too much for me.
I like tyrosine and take it as a balance for the tryptophan that I take.

"In the nAChR field, most of the attention on PAMs to date has focused on the α7 nAChR, though a few reports have identified selective α4β2* nAChR PAMs, with compounds divided into two classes based on their functional properties: type I and type II PAMs. Type I PAMs are defined as molecules that predominately affect the apparent peak current, agonist sensitivity, and Hill coefficient, but not the receptor desensitization profile, and type II PAMs are defined as compounds that possess the aforementioned properties described for type I PAMs, as well as the ability to modify the desensitization profile of agonist responses. It has been argued that type II PAMs are less prone to induce tolerance, which may occur after the chronic administration of nAChR agonists, whereas, type I PAMs may have advantages over type II PAMs as they can minimize potential calcium-induced cytotoxicity. See the following reviews to support the information in the earlier paragraphs related to the physiology and pharmacology of nAChRs and their role as therapeutic targets.

Are there any substances available that can activate these receptors?

Interest in nicotinic acetylcholine receptor (nAChR) ligands as potential therapeutic agents for cognitive disorders began more than 30 years ago when it was first demonstrated that the tobacco alkaloid nicotine could improve cognitive function in...

I use nicotine gum on road trips because I can get to my destination before I build a tolerance. My goal is something I can buy that activates these receptors without developing tolerance.

What is your favorite nootropic? I ran through many of the raceatams as well as the natural nootropics. Noopept was my favorite in Awaken Gold - on the pricey side. Most of the nootropics faded in value for me.

I really liked noopept. The first time I tried it I was blown away. Colors were vivid and focus was really improved. The first time I took it, I had to go to an exceptionally boring regular meeting and was able to be extremely focused.
The sad tale is, that was the only time it had that effect. On successive days the effect was less and less. I tried various suggested cycling and increasing doses, but, nada even after putting it on the shelf for weeks, it never had the same effect on me again.

I also continue to like piracetam, tried and true. Whenever I am stressed, I reach for the piracetam. It has no noticeable immediate effect, but always gives me some focus and more stamina after a few days.

I had a similar experience with noopept. It must use up one of the brain transmitters and why it is short lived. Many of the nootropics require choline replacement to be optimal. Thanks for your insight!

What is your favorite choline supplement? What are your thoughts on dosage?

Right now I am taking Alpha GPC Choline as a supplement, not that I necessarily think it’s the best, but I have cycled through various choline supplements such as Phosphatidylcholine, Citicoline, etc., and can’t really say that I could ever feel the difference regardless of type, brand or dosage. I only take it two or three times a week because all of the nootropic sites say I should.

Jumping in, I take 1200 mg alpha-gpc daily. I posted elsewhere. It does produce a “more wired” mental state, buzz after I started taking it.

Love the hacking spirit, but did I miss something on the human translation re meclizine dosing. “728mg a day for a person at 70 kilo” How is 25mg/day going to generate a signal? Although I (n=1) wouldn’t mess with an anticholinergic. Cognitive is my #1 longevity focus. Most people do NOT get enough choline from diet, and depending on your genes, you could be in a HUGE deficit. I am homozygous C677T, so I have been addressing my methylation from start of interventions as a needed bio-hack. You can upload your 23andme into Chris Masterjohn portal, will generate your choline requirements. My summary shows I should be eating 9 egg yolks/day (1 egg yolk = 164mg choline)…I eat eggs regularly, but have not been consuming 9/day and very unlikely likely getting the daily choline equivalent …

I have the alpha GPC as well. I have to admit I jumped all in on the nootropics for about two years and slowly drifted off. I have found with my work and schedule, I only have time for one obsession and currently Rapamycin is taking up most of my free mind space. I have been trying some of the different mushroom combinations and have been impressed so far. Once my obsession with Rapamycin has calmed down, I probably will go back and look at the nootropics again. I did try Nuvigil about five years ago and it was a little heavy handed.

If not done already, this would be a great new topic.

Can you share some insight here? I take 1,000mg Lion’s mane.

I have tried three different brands - Genius, Four Stigmata and Stamets. I noticed some subjective (placebo?) with all of them. I usually take with coffee. Nothing all world, but probably the Four Stigmata or Genius brands had most noticeable focus and energy. I also tried cooking with some and failed at that. I don’t think I have taken more than 1,000mg of Lions mane - What are your thoughts so far?

I don’t think I have taken more than 1,000mg of Lions mane - What are your thoughts so far?

Nothing discernible, like a lot of the inflammation targeted supplements in my stack I’ve added over time.

@MAC I went ahead and put up a new topic on nootropics and mushrooms to see if anyone else has experience with it.

Many people on nootropics sites were saying they would get a headache from taking piracetam if they didn’t also supplement choline. I never suffered from headaches while taking piracetam at various dosages, so I didn’t pay too much attention to it.

Maybe, I will try to up my choline supplement intake and see if there is a subjective improvement. What are the best markers to look at to determine deficiency?

I haven’t looked at the norprtopic literature in a year or so, but my guess would be that your choline dependent nootropic would stop working if you don’t supplement with choline. I never have any issues with piracetam either, but preferred phyenlpiracetam.

I really like nicotine as well. It helps my cognition and mood substantially. I was dismayed to learn that theres some evidence (not conclusive, but worth considering) that nicotine per se is causative of atherosclerosis. Would love to be wrong about this. Please post if you have counter-evidence or counter-analysis. Here’s what I’ve found in a few hours of research, presenting evidence in both directions.