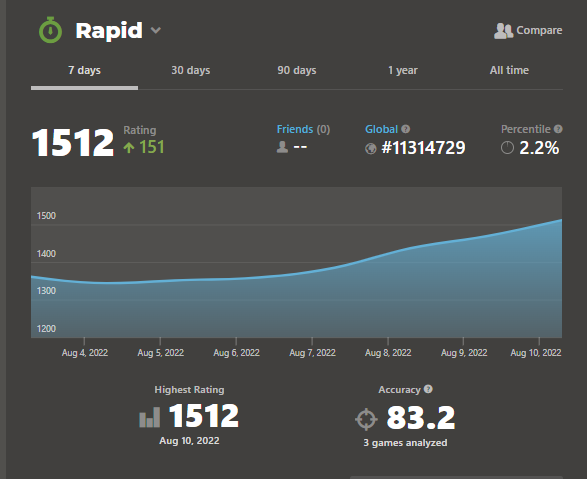 Started taking 200mg/day L-Theanine on August 8th. As you can see my chess Elo subsequently went from 1385 to 1512

This is the second time I’ve run this experiment (with a 4 week wash out period) and both times I got a ~150 point bump. 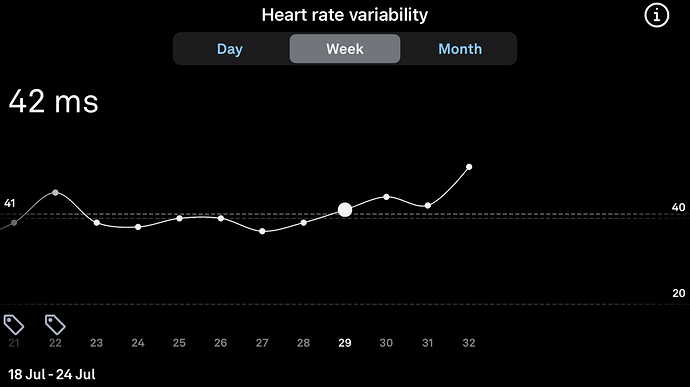 I don’t have as much data on this but it also seems to improve my HRV. It’s currently running 11 points above average this week…

What’s a chess ELO? Not familiar with it. 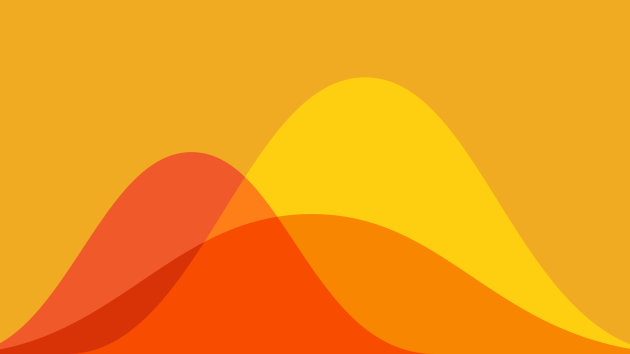 Learn everything about the Elo rating system, the rating system used by FIDE and other chess federations worldwide!

The Elo rating system measures the relative strength of a player in games, such as chess, compared to other players. Its creator, Arpad Elo , was a physics professor in the United States and a chess master who worked to improve the way the U.S. Chess Federation measured their players’ skill levels.

That’s interesting. Nothing changed other than the theanine?

You could just be on a winning streak - wouldn’t really put much stock on Elo scores.

Plus, chess is a lot more practice. Cognitive ability explains ~5% of the variance in chess skills. Doesn’t transfer.

No, I can’t think of any other variables.

As I say, it also had this effect at the start of July. I initially thought I’d made a break through with my game from all the tactics training but when I stopped the L-Theanine my Elo immediately fell back down again.

I would also note L-Theanine can reduce anxiety symptoms and it’s a glutamic acid analog. It’s in green tea.

Maybe retesting with mindfulness and tea would get you the same “flow” effect while saving you money, because that’s what I did after switching from coffee (2-3 standard cups) + L-theanine 200 mg to green tea (5 standard cups) + 5 min mindfulness. I can’t mix in coffee due to prescription stimulants.

Yes, all this is totally anecdotal. I just thought the data looked quite profound.

It’s pretty impressive. Good response on cognitive function and cardiovascular.
I started theanine 200 mg’s about 3 weeks age at night and it seems to give a deeper and more restful sleep. 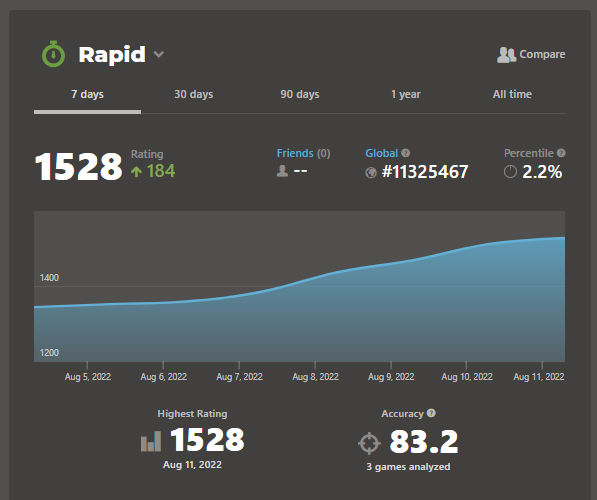 Last time I plateaued around 1550 after a week.

There are many studies showing improved cognitive performance with theanine plus caffeine. My morning beverage is a teaspoon each of matcha, instant coffee, and sometimes cocoa plus salt and stevia mixed with an immersible blender. I have it hot or cold. On special occasions I brew coffee.

Here is one:
The combined effects of L-theanine and caffeine on cognitive performance and mood - PubMed.

Out of curiosity, why the salt?

If you’re feeling anxious, putting a tiny bit of salt may stabilize blood pressure - I hypothesize it’s related to stress - at least from my anecdotal blood pressure monitor (I use a “FDA-cleared” BioBeat wearable instead of cuff, which claims to be +/-5mmHg accuracy - so hard to say for sure).

I’ve tried blinding myself by randomly mixing around with tiny amounts of potassium chloride instead.

That’s interesting. Wonder if that’s ever been studied. I use a combination NACl with KCL.

I mean we do need a minimum amount of salt, so perhaps it could be related to salt cravings too? I just don’t really have much sodium salt intake besides eating out (ie date nights once a week), 1-2 servings of fermented foods (lower sodium options), and small amounts of salmon roe (which is only 2% salt brine). Plenty of potassium from fruits and veggies.

If you’re feeling anxious, putting a tiny bit of salt may stabilize blood pressure - I hypothesize it’s related to stress - at least from my anecdotal blood pressure monitor (I use a “FDA-cleared” BioBeat wearable instead of cuff, which claims to be +/-5mmHg accuracy - so hard to say for sure).

I know this caused quite the uproar when it came out…haven’t followed it since. 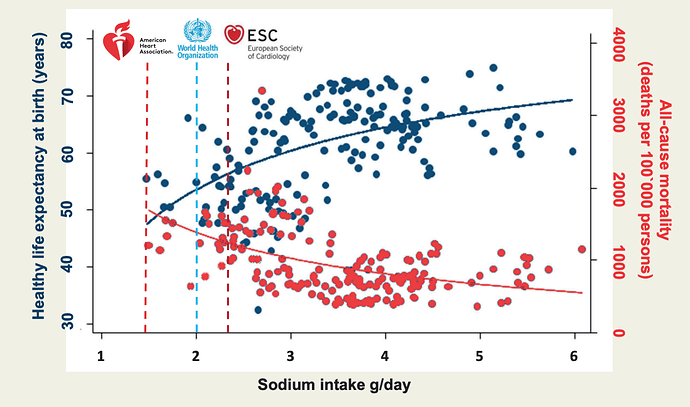 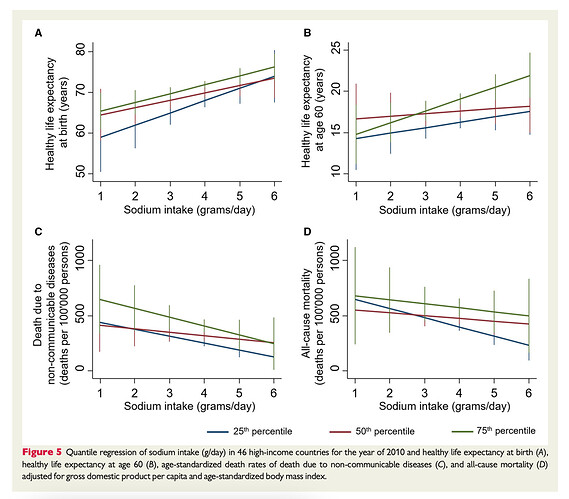 Seems like I recall a study from a while back that showed an actual higher heart attack risk on low salt diets. I have to look that up again.

It could be the case - I don’t think the evidence is really beyond observational at the moment (there is an SES confounder in the study as they note) and the standard is currently low salt for certain heart failure patients. And some people are salt-sensitive. For example, if I had primary aldosteronism, I’d probably cut down.

However, my main concern is gastric cancer which is deadly enough - especially a much higher incidence in Asians.