This is interesting to me because in my pool I use a combination of hydrogen peroxide and biguanide instead of chlorine. I notice very rapid wound healing after swimming. 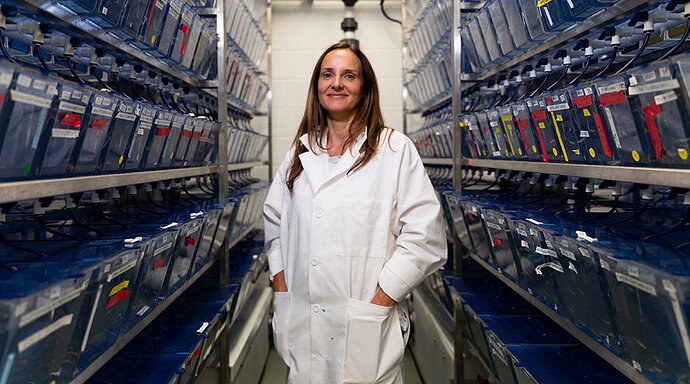 Widely used for modern biomedical research, zebrafish share more than 70 percent of the human genome and possess the impressive power of regeneration. Dr. Sandra Rieger's research on appendage regeneration and nerve damage at the University of Miami...

Interesting. I have always poured it on cuts and scrapes mostly because that is what my mother did. I just assumed I was killing germs.

I always assumed hydrogen peroxide is cytotoxic and causes cellular damage, and would not dare to use it on any wound: am I wrong?

“Hydrogen peroxide has fallen out of favor as a wound cleanser,” Dr. Beers says. “Studies have found that it irritates the skin. It may prevent the wound from healing, doing more harm than good.”

It is hard to estimate the millions of gallons of 3% hydrogen peroxide that are used around the world. To say that it has probably saved 10s of thousands of lives would not be an exaggeration. It is found in most households in the U.S.

It has been used for decades on minor scrapes and abrasions without many complaints. Probably every kid from my generation had hydrogen peroxide put on them as a wound cleaner or disinfectant.

The “perils of hydrogen peroxide” is click bait IMO.

I personally wouldn’t use anything more potent than a 3% solution.
Be careful not to get it in your eyes. Dentists often recommend it for minor gum problems or mouth sores. You can swish some around in your mouth and spit it out.
I would never swallow it.