How to detect/notice rapamycin-induced insulin resistance? When does it start popping in?

Rapamycin has a biphasic effect on insulin sensitivity in C2C12 myotubes due...

Rapamycin, an inhibitor of mTOR complex 1 (mTORC1), improves insulin sensitivity in acute studies in vitro and in vivo by disrupting a negative feedback loop mediated by S6 kinase. We find that rapamycin has a clear biphasic effect on insulin...

Once again on rapamycin-induced insulin resistance and longevity: despite of...

I’ve noticed a strange increase in my insulin resistance lately. My glucose spiked to 190 last night after a meal of just chickpeas + tomatoes + strawberries (I ran it off to 90 but then it went back to 132 after vegan queso + 1 cauliflower head + 3 bags of target cole slaw).

But I’ve noticed that fruit and other food just spike my glucose to 160 or 170 now (more recently), as opposed to me getting BG only up to max 145 just a few months ago. I don’t know what happened, other than me taking rapamycin over longer periods of time. Most days of the last few weeks were fine but only because I recently stripped out most fruit out of my diet.

But I’ve noticed that fruit and other food just spike my glucose to 160 or 170 now (more recently), as opposed to me getting BG only up to max 145 just a few months ago.

I’m still surprised by how high your blood glucose is spiking even with metformin. I wonder if its your dosing schedule that is the issue. If you take metformin an hour before the meal / food - Is suspect you’d see something more like my BG curve.

Below is what I’m seeing while taking a lower carb diet with acarbose right now (just ran out of empagliflozin) but took 10mg rapamycin on Sunday. My target range is from 70 to 120.

Alex - I was just relistening to the Peter Attia Matt Kaeberlein podcast and he covered some of the blood glucose / rapamycin issues. I recommend you listen to it too. In short, I don’t think its the rapamycin causing the blood spikes - you need to be taking it continuously at higher doses I suspect. See below…

Here are some notes that are relevant to the issue:

Blaggosklony has an article that makes a similar point: Fasting and rapamycin: diabetes versus benevolent glucose intolerance - PubMed

However, I try to remain in keto or take acarbose+SGLT-2 inhibitors when I’m ending an extended fast. This is because I believe that these possibly benevolent insulin spikes also make me ravenously hungry and likely to overeat while breaking a fast. Without thinking too much about the implications of this, I have also adopted a similar keto or acarbose+SGLT-2 approach when I’m on rapamycin.

Even if this insulin resistance is physiological and not pre-diabetic, it would seem likely that rapamycin extends overall life span in spite of insulin resistance, which is still a bad thing if you’re eating a diet with any substantial amount of carbs; after all, we know repeated “hits” of post-meal hyperglycemia cause cumulative damage to the blood vessels and organs over time. This is why I take an SGLT2 inhibitor (to directly keep glucose down) and berberine (to decrease insulin resistance as well as for its lipid-lowering and anti-cancer properties). Hopefully I’m doing the right thing, but with combinations, who knows? I saw an interesting YouTube discussion the other day by the creators of the patented AKG supplement who said that berberine and AKG canceled each other out when they tested them together…

Good to hear we kind of have similar strategies! I do however try to avoid high amount of carbs despite sglt2 during initial days of taking rapamycin to avoid any risks of UTI (given that bacterial infections can be a bit more likely with rapamycin).

Makes sense! I also keep some D-mannose powder around for the same purpose (UTI prevention), although I keep forgetting to take it.

D-mannose powder around for the same purpose (UTI prevention),

Interesting… have never heard of this: 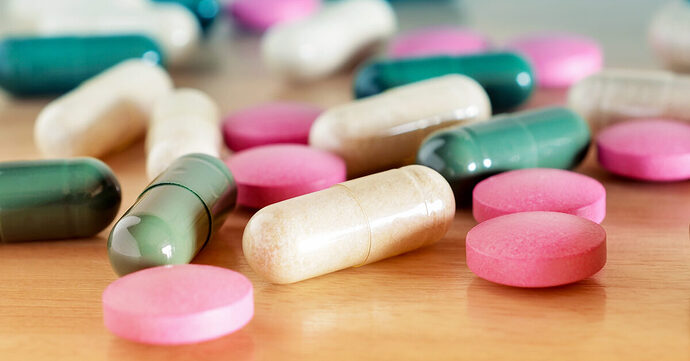 Can D-Mannose Treat or Prevent UTIs?

Many people take D-mannose for treating and preventing urinary tract infections, but does it work? Find out what the research says.

Also, it tastes like sugar and isn’t too terribly expensive

The effect of a ketogenic diet and synergy with rapamycin in a mouse model of...

Background The effects of diet in cancer, in general, and breast cancer in particular, are not well understood. Insulin inhibition in ketogenic, high fat diets, modulate downstream signaling molecules and are postulated to have therapeutic benefits....

I have noticed, that the first 2 days or so after taking rapa, I am extremely sensitive to glucose. Having one packet of plain oatmeal (22g or carbs) spikes me 60+ points. A few days later, I am back to normal, and I actually see less of a rise in general and a flatter baseline. I am running a test this week, eating the same oatmeal every evening to see how it changes as i get further from dosing.

On a practical note, my takeaway is to eat very little carbs the first 48-72 hours after taking rapa. Even assuming that its a “fake” resistance similar to coming off a long fast, I dont think its good for the body to spike this high. I have not yet tested if taking metformin will significantly blunt the rise. (that will be next weeks test).

I think its so great that we can share our CGM results here so easily to see what our profiles are - very helpful.

In the image shown above are you taking any blood glucose reduction medicine - metformin, acarbose, SGLT2 inhibitors? Please post again on days you are (if you do try metformin).

In that image i did not take anything. I wanted to isolate how my body does without anything else.

Since I started rapa two weeks ago, I have been taking
Ramaycin every tuesday morning
Metformin ER fri-sat (when i generally dont eat as well or exercise much)
Acarbose 100mg, as needed only if i want to eat a lot of carbs at once

I do my main weight lifting session on Mondays, and I wanted to be as clear of rapa and metformin as possible

T cell activation, differentiation and effector function is intrinsically linked to the regulation of metabolic pathways. Evidence has shown that inflammatory T cell responses are dependent upon the adoption of aerobic glycolytic metabolism....

Please include link to source. I’m assuming this is in daily dosed mice?

This is really interesting info, thank you! I can’t get a CGM to stay on through BJJ sparring, so I’ve stopped wearing it. Which is why I’m very interested in other people’s readings.

Are you still seeing the glucose spikes for 48 to 72 hours? That’s longer than I expected.

I take rapa Sunday mornings and eat nothing except a bit of heavy cream in my coffee until 8PM, at which point I have a very light salad (mostly leafy greens with some olive oil). But by Monday afternoon, I go back to eating and exercising normally.