Many people here (including myself) are using CGMs to allow us to better understand how foods and medicines impact our blood glucose. There is research to suggest that if you can keep your blood glucose levels lower (e.g. 70 to 100) with fewer high spikes above 140, you may age more slowly and maintain health longer (all other things being equal). The problem is that the Current CGMs are not as accurate as we would like. See this new study:

@Riudecanyenc
#CGMs enable the dynamic characterization of glycemic excursions in response to physiological and environmental stimuli. However, questions have been raised regarding the reliability of CGMs in correctly categorizing glycemic responses to diet, especially in healthy people. https://t.co/tzMeOwP1Vq

@Riudecanyenc
A recent study led by the amazing @KevinH_PhD showed that different simultaneous worn #CGMs provide discordant meal rankings among healthy individuals. twitter.com/KevinH_PhD/sta… These results call into question the use of CGMs for precision nutrition applications.

@Riudecanyenc
We used data from #PREDICT to investigate the repeatability of CGMs in free-living participants who consumed 4,457 standardized meals and 5,738 ad libitum meals during a 14-day period. https://t.co/VOvy7laOme

@Riudecanyenc
Results for inter-device comparisons: a) The coefficient of variation for incremental postprandial glucose was 12.5% and 16.6% for standardized and ad libitum meals. b) The Kendall-Tau rank correlation coefficient was 0.68, meaning that 18% of the meals were misclassified. https://t.co/Lrs6LCsLzQ 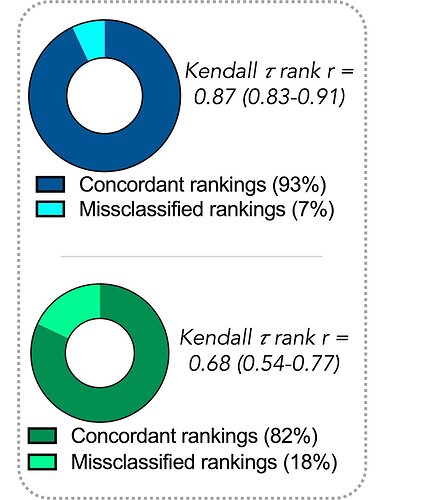 @Riudecanyenc
Limitations: a) CGMs allocation was not randomized. b) Results may not be generalizable to other CGM systems or individuals with diabetes. c) Concordance for 1h glucose or other CGM parameters such as glycemic peaks was not assessed. d) Lack of external replication.

Precision nutrition approaches that use CGMs to personalize meal recommendations for minimizing glycemic excursions may be premature given the discordance of within-subject meal rankings between simultaneous CGM devices. More research is needed to... 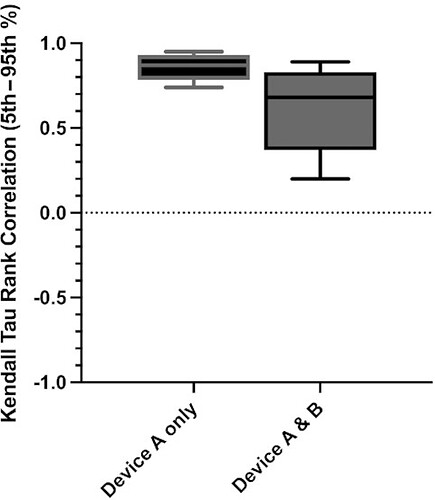 ABSTRACTBackground. Continuous glucose monitor (CGM) devices enable characterization of individuals’ glycemic variation. However, there are concerns about their

This sort of inaccuracy is one way that diabetics end up in the hospital: they overdose their insulin in response to an inaccurate measurement. I once had a bad batch of blood glucose test strips that all said my test was 250+mg/dL, when it really was about 100; I didn’t believe it, so I measured with my other meter–otherwise I would have sent my blood glucose plummeting with an insulin dose.

My friend who has diabetes warned me to test with the blood test strips in addition to using the CGM so you have an idea of what the “real” curve is. My CGM is pretty consistently 15 to 20 points higher than my finger prick measures - so I just adjust accordingly in my mind.

interesting
at steady state my CGM is right on with the test strips
during state changes, the CGM is about 20 minutes behind my blood test strips

Which CGM brand do you use, Paul? My experiences with the Freestyle Libre 2 have been pretty awful (exaggerated hyper and hypoglycemic responses compared to glucometer). The last one I used even stopped working after 6 days. The company sent me a new one, but I don’t even know if I want to bother with it any more.

Freestyle Libre 2
this is the third one I’ve used and all were right on the money.

this makes the least sense - i’d have expected the opposite

I find the libre to be directionally accurate. Once i finger prick a few times, i can figure out how far off it is, and it generally stays around that far off.

Is there no way to calibrate them to your manual finger stick?

Factory-Calibrated Continuous Glucose Monitoring: How and Why It Works, and the Dangers of Reuse Beyond Approved Duration of Wear

Factory-Calibrated Continuous Glucose Monitoring: How and Why It Works, and...

CGM Tips and Tricks for Better Accuracy and Less Frustration

CGM Tips and Tricks for Better Accuracy and Less Frustration

Is there no way to calibrate them to your manual finger stick?

Unfortunately the Freestyle Libre 2 can’t be manually calibrated, not sure about the new Libre 3. Only the Dexcom can, as far as I know.

Yes, but it’s complicated and not doable simply with the Libre app. You have to use some sort of hardware, a special transmitter, and a third party app to override the factory calibration. It’s a no-brainer for diabetics, but as a healthy user, I skipped it. 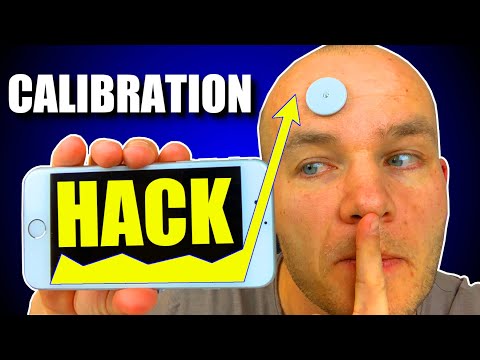 its still directionally accurate
i find that however it self calibrates, is how it is the entire 2 weeks
sometimes low, sometimes high, and sometimes spot on

keep in mind, that even if accurate, it wont fully line up with a finger prick
i usually finger prick a few times in the beginning, and then factor in the difference after

When I used to do finger pricks I had to keep track of which device I was using because one device was always about 20 mg higher. I haven’t tested my CGM with finger pricks but I did take a reading when I was waiting to have my blood drawn. Quest came back with 79 mg and freestyle libre said 79 mg when my blood was drawn.