A good intro to GDF11 and the leading company focused on it as a therapeutic for aging (the timing of this story seems perfect for their current round of funding, their PR team must have been working hard at this):

Several years ago, scientists studying aging at the Harvard Stem Cell Institute used a somewhat Frankensteinian technique known as parabiosis — surgically joining a young mouse and an old mouse so that they share blood — to see what would happen to the heart and skeletal muscle tissue. They knew from previous research that putting young blood in old mice caused them to grow biologically younger, and that young mice exposed to old blood aged faster.

“We all wondered, what’s the magic stuff in the blood?” said Lee Rubin, a professor of stem cell and regenerative medicine at Harvard and the co-director of the neuroscience program at the Stem Cell Institute. The “magic” they identified was a protein, GDF11, one of tens of thousands produced in the human body. Dr. Rubin’s lab also found that GDF11 in mice stimulated the growth of new blood vessels in the brain and neurons in the hippocampus, a part of the brain associated with learning and memory. Dr. Wagers’s lab found that GDF11 rejuvenated skeletal muscle tissue, too. The scientists’ discoveries were published in the journals Cell and Science in 2013 and 2014.

The obvious next question: Could GDF11 be harnessed to promote regeneration and repair in humans? In 2017, Drs. Rubin, Wagers and Lee, along with five others, founded the pharmaceutical start-up Elevian with the aim of commercializing GDF11-based therapies to stop, slow or reverse diseases associated with aging. It’s a big step from mice to humans, but one that could have profound consequences.

The company is on track to begin human clinical trials in the first quarter of 2023 and has raised $58 million in two rounds of funding, with another round set for mid-2023. 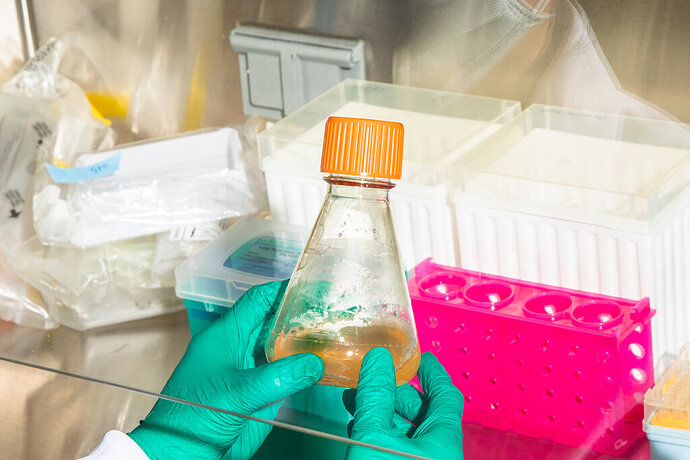 Can a ‘Magic’ Protein Slow the Aging Process?

Elevian is one of several companies searching for ways to increase life span — in this case, using a protein called GDF11. But challenges lie ahead. 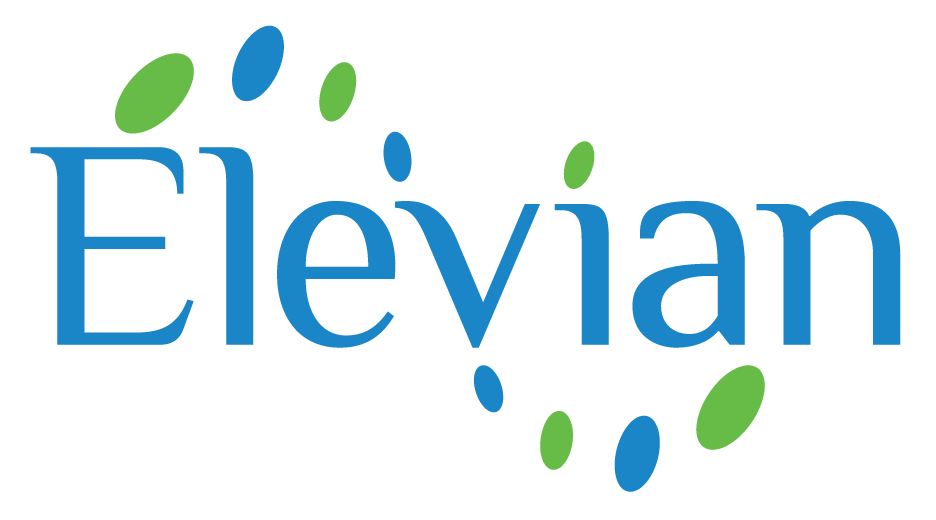 At Elevian, we develop new medicines to restore regenerative capacity, with the potential to prevent and treat many age-related diseases. Our mission is to help people age, unburdened by the diseases of aging.

As with any drug, things are complex and there are issues:

There are substantial new and existing data showing that GDF8/11 can exacerbate rather than rejuvenate skeletal muscle injury in old animals. There is also new evidence disputing the idea that there is pathological hypertrophy in old C57bl6 mice and that GDF11 therapy can reverse cardiac pathologies. Finally, high [GDF11] causes reductions in body and heart weight in both young and old animals, suggestive of a cachexia effect. Our conclusion is that elevating blood levels of GDF11 in the aged might cause more harm than good

Is Growth Differentiation Factor 11 a Realistic Therapeutic for...

I haven’t gone down this rabbit hole much, except that lifelong exercise boosts GDF11.

“Differences in GDF11 with lifelong exercise training, paired with the correlation between GDF11 and peak power output, suggested that GDF11 may be a relevant myostatin-interacting peptide to successful aging in humans, and strategies to maintain this need to be further explored.”

There are some papers dismissing (mouse models):

Recent high-profile studies report conflicting data on the age-related change in circulating growth/differentiation factor 11 (GDF11) and myostatin as well as the former's influence on muscle regeneration. Both ligands bind and activate ActRIIB...

“Together, these results further suggest that the previously reported aging muscle, heart, and brain phenotypes attributed to reduced circulating GDF11 should be reconsidered.”

And there seems to be significant risk with overdosing:

"Rather than a therapeutic agent, GDF11 should be viewed as a potential deleterious biomarker in muscle wasting diseases.

There’s someone on another forum who has been taking it therapeutically for 3 years, reached out.

A company launched offering it:

We can help you with your GDF11 supplementation program

With a series of biomarkers tracking:

Looks like creator has been on GDF11 for 8 yrs:

- Results of my 8 years of injecting exogenous GDF11 -.docx

Version 2.10 6/6/2022 Results of my 8 years of injecting exogenous GDF11 Background Growth Differentiation Factor 11 (GDF11 whose 45,091 Dalton structure is pictured above) has been cited in several papers as having an amazing capacity to restore...

That website is Steve Perry’s website. He’s pretty active on some of the anti-aging forums. I’ve not talked with him, but here is how one person described his work on one of the forums:

I have spoken with Steve on three different occasions. He is not a PHD in medicine/biochemistry/biology. He is an entrepreneur who could be considered the world’s foremost expert in human applications of GDF11, because no one else is doing it. So in that regard, he would be a non-credentialed expert, I guess. Just my understanding of the situation.

Personally, I prefer to see PHDs and MDs who are focused on this area of biology, developing new drugs with backing from significant biotech investors who have experience developing new drug candidates. I’ll wait on Elevian and review their clinical trial results.

I see people buying gdf11 retail and injecting themselves. Wonder why it didn’t get on the ITP radar?

I see people buying gdf11 retail and injecting themselves.

Yes - I’m pretty squeamish when it comes to injections, and I like therapeutics better tested, but thats just a personal decision. I hope they will report their results.

I don’t think the NIA ITP will do drugs/therapies that require injections… its a lot of work to do in mice / rats (… finding and then injecting via the tail vein).

Unrelated - as I was searching on NIA ITP recently - came across this new compound in ITP testing, the compounds from Loyal:

This collaboration will test the effectiveness of two important pro-longevity mechanisms and support development of aging drugs for dogs and beyond. 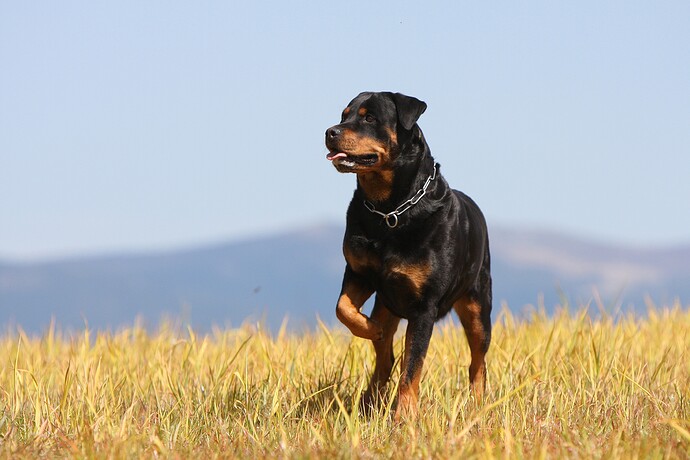 Yes - I’m pretty squeamish when it comes to injections, and I like therapeutics better tested, but thats just a personal decision. I hope they will report their results.

When I started TRT, I opted for cream to avoid needles. When it didn’t do much, switched to injections…like anything else, adapt, anxiety gone.

Noted on ITP and injections, makes sense but so many interesting therapeutics are injectable to bypass first pass metabolism, more targeted delivery, and far higher bioavailability.

A friend of mine and I speculated about a year ago that Harold Katcher’s E5 was in part comprised of GDF 11. He tried it and it did lower his BP and improved his reaction times. He stopped it because it was making him “ fat”. He’s very lean so that was a strange effect.

Harold Katcher’s E5 was in part comprised of GDF 11

Do you have more insider intel on what factors are in E5? I thought I read somewhere they were plant derived, not synthetic? 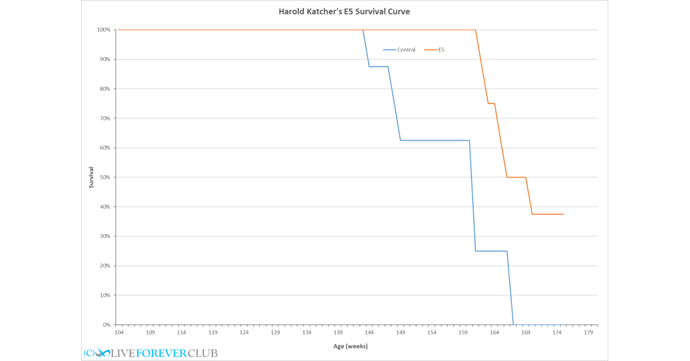 Does the survival curve reflect the epigenetic age reduction seen in previous experiment?. Blog post from the Live Forever Club.

Preliminary results from lifespan studies with E5 Harold Katcher has developed a protocol for lab rats using intravenous injection with a blood plasma fraction he calls “E5”. Three years ago, he an…

Karcher’s rats did not gain weight.

E5 is derived from young plasma. In a recent patent application that’s all they list as the ingredients, just young plasma derivatives.

Ah, but this is a METHOD patent…very weak. Easy to side step.

In the main description disclosure, the only example as to the source of young plasma fractions:

“Yorkshire pig males and females of puberty age (8-9 months) were used to collect the blood to obtain the plasma”. This a practical and commercially attractive mammal source.

@rivasp12 So, how big a safety/efficacy leap translating pig fractions to human?

I am surprised other groups haven’t already submitted some type of patent application for this rejuvenation, this is relatively old science. I am betting there is much prior art, will be a fight with USPTO.

[0023] In some embodiments, the composition comprises one or more of extracellular vesicles, exosomes, exomeres, nonmembrane bound proteins, exogenous proteins, and other molecules and molecular complexes such as protein associated with extracellular vesicles, exosomes, exomeres, or combinations thereof. In some embodiments, a composition comprising a concentrated, purified plasma fraction or pharmaceutical composition thereof comprises CD63, CD81, and/or CD9.

I think I’m missing something here. It looks to me as though these are listed as ingredients, making this patent application a description of more than just a method. That’s what I was asking .

“22. A composition comprising the concentrated, purified plasma fraction produced by the method of any one of claims 1-21.”

Everything flows from master dependent claim 1:

“1. A method of preparing a composition…”

I don’t know anything about patent law and don’t want it taking up any space in my mind. I also don’t want to try to refute anything you said. Help me understand. It does appear that claim 22 is not a sub-category of claim 1. Claims 1 thru 21 deal with methods. Claims 22 thru 27 deal with compositions. Then claims 28 thru 33 again deal with methods.

As an aside, since I’m interested in this particular patent and you do seem to have some experience with patents, what makes claim 1 the master dependent claim?

I have several US patents, but not a patent lawyer. The only thing that matters in a patent is the claims. Everything else is window dressing. I’ve had dog fights with the USPTO…had to fly down to Virginia and actually negotiate with the primary examiner to get the key IP claims granted.

It does appear that claim 22 is not a sub-category of claim 1. Claims 1 thru 21 deal with methods.

In 22, note the key term “by the method of”…the connection.

Because ALL of the claims that follow are tied to Claim 1.

It’s all a cascade from the method claim 1. This will be a very weak patent, even if they ever get it granted…5-10 yrs from now.

There appear to be up to 60 plasma fractions that “could” be responsible for the effect, but I don’t think they know which ones.

This is not a direct reply to your question.
The claims don’t mean s**t.
The tactic is to file any claim and go to market with “patent pending.”
The window of opportunity will be long past before the patent is granted.
The lifespan of most patents becomes irrelevant as science and technology will have advanced exponentially long before the patent ends
Patent pending is a scare tactic for your competitors.
Many companies recognize the short window of opportunity for a new invention or product and rush to market without even using the patent-pending ploy.

Ok, got it. Worthless patent, but it doesn’t matter.

Ok captain cynical. My business model is entirely driven by the claims in my patents…and they’ve survived unchallenged for their entire life to date. My standard of living is 100% tied to my inventions, a few key words in the claims, and the power granted to me by the USPTO.