One of the biggest issues with elevated rapamycin doses is side effects, precluding prolonged exploration. We have many long threads on whether some of these perturbations, notably CBC and lipids are benevolent or actually impact other comorbidity pathways (eg. CVD), thus short circuiting the ultimate objective…lifespan extension.

Here’s an amazing paper showing that the initial “short term” dysregulation on rapamycin is actually temporary, and over time, resolves itself. So maybe…we need to ride out the initial shock change to systemic biomarkers and allow the body some time to adjust to this new “hormetic” steady state to reach the ultimate goal…lifespan extension? So instead of bailing, hold our nose and ride it out?

Beginning at the same age (3 months), male mice were injected i.p. with 4 mg/kg BW rapamycin or vehicle every other day according to the protocol by Chen et al. (2009) and were then sacrificed after 2, 6, or 20 weeks of rapamycin treatment.

These data indicate that the actions of mTORC1 and mTORC2 might not be fully separate, and instead it may be their balance that determines the final impact on insulin signalling and longevity

Liver mass was increased after 2 weeks of rapamycin treatment, but it no longer differed from that
of controls after 20 weeks of treatment. Thus, body features associated with metabolic syndrome, including smaller pancreas and enlarged liver, appeared in the mice with 2 weeks of rapamycin treatment, but with continued treatment these features returned to normal levels, and adiposity, body weight, and food consumption were decreased

The most striking differences between the effects of short versus prolonged rapamycin treatment concern insulin signaling, glucose and lipid homeostasis, and metabolism

Unexpectedly, considering the similar blood levels of rapamycin and inhibition of pS6
(Figure 4), prolonged rapamycin treatments in the mice no longer inhibited levels of pmTOR, pS6K1, p4EBP1, or pAKT, while it remained effective in inhibiting pS6. The molecular mechanism for the disparate responses of pS6K1 and pS6 remains unclear.

By showing differences between metabolic responses to short versus longterm rapamycin treatment, the present findings provide a likely explanation of the paradox of reported detrimental effects of rapamycin on insulin signaling and its ability to extend longevity

Here we show that detrimental effects of rapamycin treatment were only observed during the early stages of treatment. These effects were reversed or diminished in mice treated for 20 weeks, with better metabolic profiles, increased oxygen consumption and ketogenesis, and markedly enhanced insulin sensitivity. Thus, prolonged rapamycin treatment lead to beneficial metabolic alterations, consistent with life extension previously observed. Our findings provide a likely explanation of the ‘‘rapamycin paradox’’ and support the potential causal importance of these metabolic alterations in longevity.

This is profound stuff. Does this translate to humans? Have we seen this in some of the longer term rapamycin clinical trials (years), but perhaps confounded and short circuited in cohorts with severe life limiting comorbidities? If 20 weeks is equivalent to 14 yrs human time…it could take some time to revert, well beyond what many people would be willing to endure? 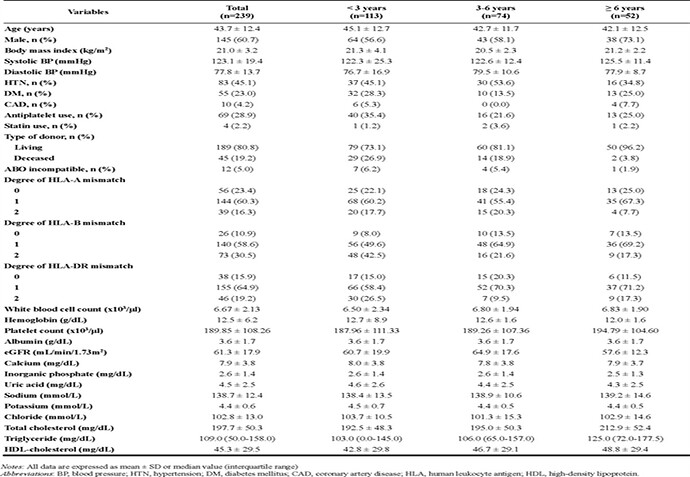 An abstract is unavailable.

This is a study of kidney transplant patients on rapamycin for different duration periods. They tracked MACE (major adverse cardiovascular event) defined as a composite of myocardial infarction, percutaneous coronary intervention or coronary artery bypass surgery, ischemic stroke, or all cause death. 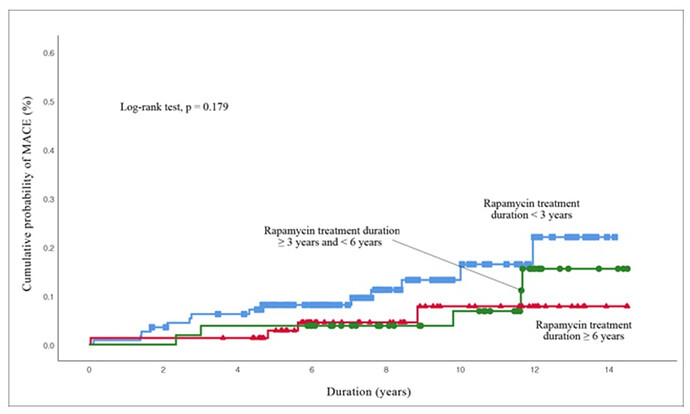 The LONGER the rapamycin duration, the LOWER the MACE risk. Hmmm…duration matters?

Now you might ask, why are KT patients even getting any MACE event escalation on rapamycin…goes to the question of benevolence or elevated CVD with taking rapamycin and dyslipidemia (or dysregulation to allow for varying criteria of dyslipidemia)?

Cardiovascular complications are the leading cause of mortality in patients with end-stage renal disease (ESRD). The excess cardiovascular risk and mortality is already demonstrable in early renal disease and in patients with chronic renal failure (CRF), with the highest relative risk of
mortality in the youngest patients. The high risk for cardiovascular disease (CVD) results from the additive effect of multiple factors, including hemodynamic overload and several metabolic and endocrine abnormalities more or less specific to uremia. CVD includes disorders of the heart (left
ventricular hypertrophy [LVH], cardiomyopathy) and disorders of the vascular system (atherosclerosis, arteriosclerosis), these two disorders being usually associated and interrelated.
LVH is the most frequent cardiac alteration in ESRD, resulting from a combined pressure and volume overload. LVH in general is an ominous prognostic sign and an independent riskfactor for arrhythmias, sudden death, heart failure, and myocardial ischemia"

Here is another paper…an even YOUNGER cohort, you would surely think would not already have CVD.

CONCLUSIONS AND RELEVANCE Cardiovascular disease accounted for nearly 40% of
deaths in young adults with incident ESRD in this cohort. Identified risk factors may inform
development of age-appropriate ESRD strategies to improve the CV health of this population.

PS. I asked Dr Mark Ratan, one of the leading docs on the seminal cancer/rapamycin/GFJ study whether he thought rapamycin induced dyslipidemia increased CVD risk, he replied “not sure”

There have now been several studies in mice, monkeys, and even humans demonstrating that , over time, the lipid elevations will stabilize, and even reverse, secondary to rapamycin.
Considering that it takes decades for atherosclerosis to develop and progress to a cardiac event, time is on our side.
The problem is that it’s very difficult to see abnormal numbers and not react with a medical intervention where the cure may be worse than the illness.
I know that many on this site believe that, at least n regards to LDL, the lower the better. Actually, there’s evidence that LDL may be necessary to fight infections, maintain sensory functions like vision and hearing, as well as prevent cancer.
https://www.nature.com/articles/s41598-021-01738-w

None of this is crystal clear at present, hence his response, “ I don’t know”.

I don’t know if anybody has posted the link to Lustgarten’s book here:

Amazon.com: Microbial Burden: A Major Cause Of Aging And Age-Related Disease...

Amazing that it is free. Basically this is what he says in the book. A great read!

I read half of it last night high in a tree waiting for a deer to walk by.

Adverse events drop markedly after one year and drop much more by year 4 in this human patient cohort with LAM on sirolimus. 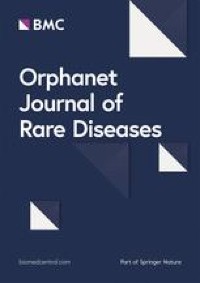 Long-term efficacy and safety of sirolimus therapy in patients with...

Background Sirolimus has been confirmed to be effective for lymphangioleiomyomatosis (LAM), a rare multisystem neoplastic disease in women. The long-term effects of sirolimus treatment for LAM, however, are largely unknown. We aimed to analyze the...

Very obvious attenuation of adverse effects over 4 years of rapamycin in a clear chart form.
The same appears to be true for the lipid dysregulation as well.

This could be explained by an increase initially of lipid hepatic production as well as decreased adipocyte storage when rapamycin is first begun. Over time this reaches a steady state and then begins to decline, most likely due to a feedback loop.

@JPK Good find, thanks for sharing. Adds a data point to some side effects attenuation with time, although no CBC/Lipids were reported.

Sirolimus for LAM was FDA approved in 2015, based on this study, the MILES trial.

There may be other studies ongoing since 2015 that we could data mine for duration and transiency data.

Efficacy and Safety of Sirolimus in Lymphangioleiomyomatosis (MILES)
https://www.nejm.org/doi/pdf/10.1056/NEJMoa1100391?articleTools=true 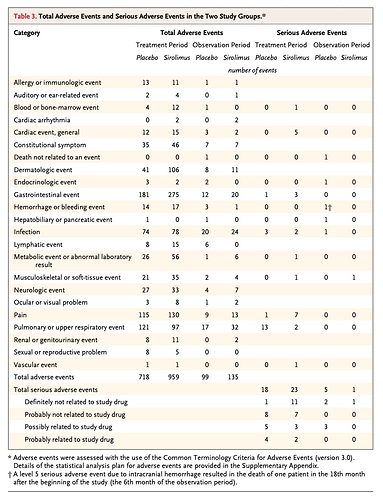 I went through the supplementary materials looking for some additional nuggets:

2c In the MILES trial, one participant developed pericardial effusion after two weeks on the study article and required pericardiocentesis.

2d Hyperlipidemia (38% to 57%) and hypercholesterolemia (38% to 46%) are dose-related
effects of sirolimus therapy. Dose-dependent hypertriglyceridemia and to a lesser extent
hypercholesterolemia occurred with the use of sirolimus as primary immunosuppression or
after its addition to cyclosporine-based regimens in renal transplant patients. Triglyceride levels returned to pretreatment status in all patients receiving sirolimus for more than 6
months.

2f Hypercholesterolemia will be treated in accordance with the National Cholesterol
Education Program ATP III guidelines, which is based on risk factors and LDL
cholesterol levels (Management of Blood Cholesterol in Adults: Systematic Evidence Review from the Cholesterol Expert Panel | NHLBI, NIH). A
protocol for making decisions regarding diet or pharmacologic treatment has been
provided to all centers. Triglycerides will be treated (most often with niacin or
gemfibrozil) for levels that exceed 400 mg/dl, but lesser levels may be observed
because they tend to return to normal with continued treatment. If cholesterol and
triglyceride levels cannot be reduced to acceptable levels (per site PI) with lipid
lowering drugs, then the sirolimus or placebo dose will be reduced by 50% until
levels fall below the acceptable threshold. Re-escalation of the sirolimus or placebo
dose is permitted if the toxicity resolves.

2g Sirolimus inhibits wound healing. Sirolimus or placebo will be withheld for at least
two weeks prior to and two weeks following elective surgery requiring more than
three stitches, entry into a body cavity, or optimal healing (e.g.-laser dermatologic
surgery on the face).

So here is some additional documentation from Pfizer (Rapamune) that “appears” to suggest initial lipid dysregulation returns to pre treatment levels after 6 months…even at doses much higher than most people are taking currently, 2 mg/day, but is apparently “treated” in the dysregulation phase based on lipid threshold criteria . A TG of 400 mg/dL would be a pretty high transiency level relative to likely low baseline levels in this relatively healthy forum group.

So, some data that appears to suggest you at least give a dysregulation some time to play out before bailing?

Nice deep dive MAC and it seems, once again, to verify our suspicion that rapamycin induced hyperlipidemia is transient.

There are some questions. If the effects are only for 6 months then why do people on this site report dyslipidemia after years of usage? Is that because when you take it daily for months that a negative feedback loop reverses it? Maybe once a week or biweekly doesn’t kick in the negative feedback.

Almost 40% of people developed hypertension. Is that a TOR 2 issue? We don’t seem to get that side effect and I wonder what the mechanism is?

Severe hyper triglycerides do seem to be dose related. It’s remarkable that even > 400 will reverse with time. Does anyone on this site have levels that high from rapamycin?

There’s some evidence that the LDL type induced by rapamycin is a larger , more benign particle, than the small,dense variety.

Still, I don’t see much reason in my case not to do mild CR and acarbose/similar with rapamycin when it appears to be enough net positive. I just wouldn’t jump to statins personally.

Hard to say for sure on LDL though - homozygous loss of function PCSK9 seems to be more beneficial than heterozygous. (There’s subpopulations of Ashkenazi Jews and certain Africans etc that have loss of function mutations so I wouldn’t just chalk it up to something else)

Wow. Great topic. Thank you for all of your wonderful insights in regards to the increased LDL cholesterol issue. I hope that our bodies can, in time, regulate this fact so that it doesn’t become a health issue. CVD is a big threat.

So, if we start taking rapamycin when we are younger, we will give our bodies more time to adjust and self-regulate so that this becomes a non-issue and we will eventually be healthier and live longer. Is that an acceptable summarization?