David Sabatini took rapamycin when he was young?

In a old Tim Ferriss show podcast David Sabatini tells that he has ingested rapamycin when he was young. Hard to hear everything what he says. I have marked these words with X and Y. Do someone know more about why he took rapamycin?

David Sabatini: “When I was X I ingested a lot (rapamycin)… that would have been an increable intermittent dose. It would been an dose of a year and half period. Probably quiet high. But never again. … But maybe you only need just one big Y when you are young. That’s it.” 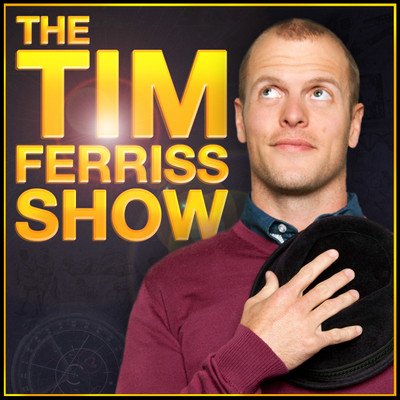 #193: My Life Extension Pilgrimage to Easter Island from The Tim Ferriss Show...

Listen to #193: My Life Extension Pilgrimage to Easter Island, an episode of The Tim Ferriss Show, easily on Podbay - the best podcast player on the web.

Interesting find… thanks for posting!

David Sabatini is obviously the key guy behind most research discoveries around rapamycin, so thats an important thing for him to say. This podcast is good in that it covers (starting around 1 hour 7 minutes) his view on using rapamycin for anti-aging.

At the same time - he’s a researcher and not an MD. The key thing I recall him saying (couldn’t find it on the web, perhaps someone can add a source if they know it) was that in his view prescribing rapamycin by doctors was “borderline malpractice” (I think he said this around 2019, not sure if his opinion has changed since then). I suspect thats why Peter Attia is not yet prescribing it, as he and David Sabatini were friends (at least before all the sexual assault stuff came to light regarding Sabatini). Thankfully many rapamycin researchers and medical doctors disagree with Sabatini’s comment and user data seems to refute that opinion.

I hope Sabatini gets his act together, learns from his past mistakes and dives into the private / corporate world with a focus on moving mTOR inhibitor R&D forward.

Well said! I will try to contact Sabatini and see if he can explain little bit more about why he ingested a lot of rapamycin when he was young.

I didn’t find were he mentioned the “borderline malpractice” thing but I found this text in Men’s Health from 2019.

“I think [prescribing rapamycin] is bordering on unethical,” says Dr. Sabatini, who does not take the drug. “I think we’re far away from knowing that there are no downsides to long-term use.” Dr. Attia, the influential 46-year-old physician focused on longevity, says he won’t prescribe it to other people either—at least not yet. “I take rapamycin myself, so on some level I’ve decided it’s a smart option,” he says. “But I haven’t prescribed it to any patients, except one, who is himself a scientist studying rapamycin. And I think that speaks to my desire to better understand the risks, not only of taking too much but also of not taking enough.”

Is a rapamycin a miracle drug? Or is it just killing men slowly?

Great idea… I suspect he has a lot of time on his hands right now.