Like many of you, I’ve been studying biochemistry journals for years. I’ve run across Rapamycin countless times and have dedicated whole weeks to studying it.

Does anyone have any recent literature reconciling what seems to be a disparity between people (like David Sinclair) claiming nephrotoxicity (albeit with higher doses presumably from TOR2 inhibition) - but also the concerns with TOR2 hyperactivation in cancer? (At the lower, “non-toxic doses”).

This seems to be concerning for all people who take Rapamycin regardless of dose. Because it means that if you take the “low, anti-aging, wash out dose” - you might be increasing cancer (through hyperactivation of AKT?) - and if you take higher doses (total inhibition of TOR2/AKT) you may be impairing the kidneys natural maintenance/regeneration (along with the liver) - which might cause long term permanent irreversible damage?? I take many supplements which makes the kidney/liver concerns serious - and also very concerned with cancer! Thanks!! 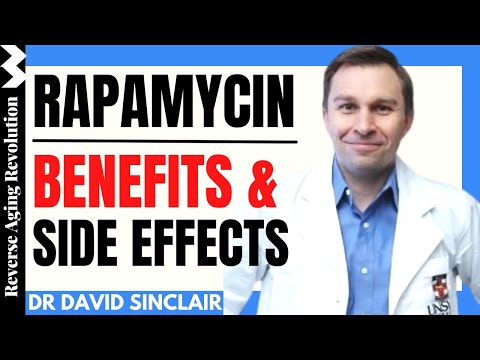 Thanks for posting this. I was unaware of kidney damage as a possible side effect. Dr. Green has several blood tests performed on his patients. Kidney glomerular filtration rate is one of the tests. He has not reported any kidney issues in any of his patients thus far that I am aware of.

Sinclair the Resveratrol (SIRT) fraudster…highly suspicious of his conflicts of interest.

In the video, he specifically references TRANSPLANT doses, not anti-aging intermittent doses.

I track both liver and kidney functions regularly, and noticed a significant improvement in both after starting Rapamycin. My doctor wanted me to lower my GGT (liver enzyme), and I tried many lifestyle interventions, and GGT wouldn’t make a step change down. But after starting Rapamycin, it went down significantly. We know from studies, Rapamcyin is quite active in liver and kidney, the latter one of the most sensitive organs for Rapamycin expression.

I appreciate your response. What is your dosing?

I have been studying Rapamycin for some time and papers always reference some kind of toxicity but there is never an elaboration or explanation.

The Liver/Kidney’s being organs I believe that constantly regenerate - may require a base amount of TOR??

The anecdotes and lack of very many papers detailing the toxicity are nice - but it would be great to pierce through a lot of the “smoke”.

Also I don’t think there is enough discussion concerning TOR2 hyperactivation from TOR1 inhibition and the effects of this on proliferative diseases - especially cancer - or other healthy apoptosis kind of processes.

Currently, 12 mg with GFJ, weekly. I started with 4mg, then jumped to 8mg.

Rapamycin was FDA approved in 2006 for DAILY usage…it is a safe drug, large window of dosing tolerance, side effect reversibility.

When I first read about it, I thought “yikes, playing with an immunosuppressive/anti-cancer drug”?!

Thousands of mainstream people take it, I’ve not read of any serious medical issues.

You can measure the effects of too much TOR2 suppression with side effects and blood biomarkers.

The risk/reward/side effects equation AND the plethora of mammal models studied is extremely compelling.

I’ve read a lot of Rapamycin papers, and cancer suppression is the most mediated mortality pathway.

I am speaking of my personal n=1 journey, this is not medical advice. Seek out professional medical advice if you are risk averse, or in my case, find a supportive doctor who will oversee your journey.

I am hoping TOR1 only suppression rapalogs get approved in the not to distant future. They’ve been researched, we just need the clinical trials.

FWIW, my comment, if and when a product is available, cost will be out of range for most people.

I see the cost to be several thousand per month.

You are probably right…without a patent, NO Pharmaco is going to invest in doing clinical trials, and then they will want to reap back the investments. This is the pharma game…sigh.

Well, at least we have Rapamycin for now…heck, I’d take 15-20% mice longevity extension, wouldn’t you!!!

Thank you for sharing your experiences. Wow 12mg with gfj every week sounds pretty high - how long have you been doing it for?

Blagosklonny a prominent Rapamycin researcher has advocated on twitter 24 mg every 2 weeks.

I wish to reduce my cancer risk and my concern is not TOR2 suppression but TOR2 hyperactivation from TOR1 suppression - are you familiar with this?

My lipids and glucose and other classic TOR2 suppression markers are not dysregulated.

Blagosklonny, a big Rapamycin proponent, is a cancer specialist, have read most all of his papers.

Please pass along your TOR2 references.

If you want to reduce your cancer risk, move to Okinawa, eat like they do, exercise regularly, live like a hermit away from anything made made, including pollution. 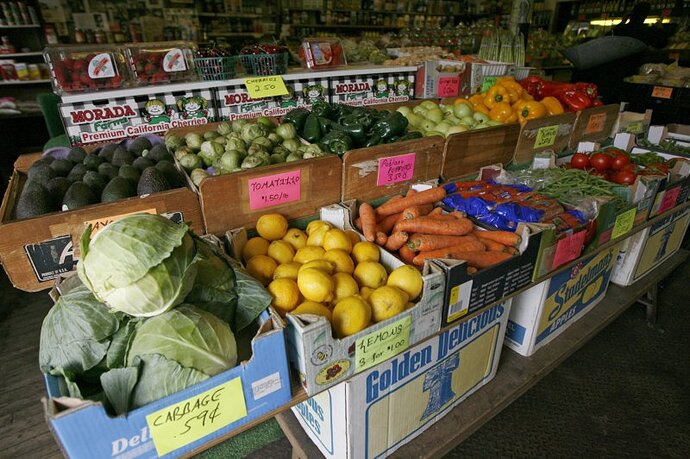 The odds of living to 100 are highest in Japan, and their high-vegetable low-meat diet may be why, some of the elderly say.

Just did a quick search, not finding references connecting TOR2 hyper activation with TOR1 suppression. Generally, Rapamycin suppresses both, much more so TOR1, and TOR2 only under chronic administration.

Deregulation of mTORC2, particularly hyperactivation, has been commonly observed in many types of human cancers. Mutations and aberrant amplifications of mTORC2 core components are two main factors contributing to its hyperactivation. For example, mutations in the mTOR-FAT domain decrease mTOR binding to the inhibitor DEPTOR, thereby conferring the hyperactivation of both mTOR complexes [102]. In addition, Rictor has also been identified to be highly mutated [102] and abnormally overexpressed through genetic and epigenetic regulations [103] in a variety of cancer types. The exact functions of these abnormalities in tumorigenesis and treatment await identification. Nonetheless, mTORC2 regulates AGC kinase family proteins, such as Akt and PKC, for their stabilization and activity, which have important roles in the cell proliferation, survival, and migration, thereby having a crucial role in cancer [2]. In terms of metabolism, mTORC2 activation promotes glucose uptake, facilitates glycolysis, and inhibits oxidative phosphorylation, which may contribute greatly to the alter- ation of glucose metabolism in cancer cells, known as the Warburg Effect, conferring to a high rate of cell prolifera- tion [71, 79]. Furthermore, mTORC2-mediated lipogenesis is identified to promote hepatocellular carcinoma, particularly by stimulating sphingolipid and glycerophospholipid synthesis, which fuels cancer cell growth and energy production [104].

In addition, Rapamycin derivatives have been applied to cancer treatment in clinical trials with limited efficiency, which is thought to be due to the limitation to inhibit mTORC2 [2]. As such, the second-generation ATP- competitive inhibitors against mTOR kinase have entered clinical trials [105]. These mTOR kinase inhibitors show greater inhibitory effects on both complexes and are more effective in inhibiting cancer cell growth [106]. Moreover, dual mTOR/PI3K kinase inhibitors have been developed in order to fully suppress Akt and 4EBP1 activation [107]. Recently, selective inhibition of mTORC2 signaling by a nanoparticle-based RNAi therapy showed being able to effec- tively block breast cancer cell growth and survival [108]. All these suggest that mTORC2 might be a good therapeutic target for cancer treatment.

@agingdoc1
There's a robust literature on rapamycin's improvement of age-associated functional decline that continues to grow. Among this literature is the classic twitter.com/agingdoc1/stat… but lots since then; cardiomyopathy, deafness, oral health, etc. CC:@LammingLab@mkaeberlein

@agingdoc1
Note this was among a small number of studies suggestive of nephrotoxicity, at this time there's better data to support nephroprotection.
2 Likes