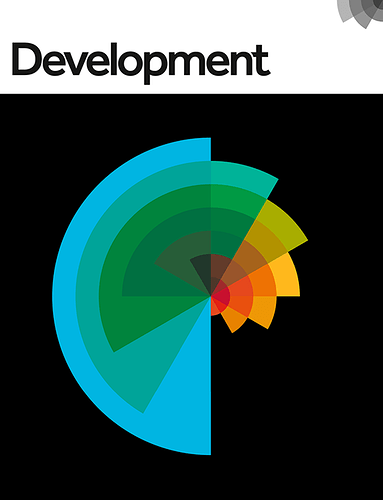 That made me think of rapamycin and its immunosuppression function. And indeed, this other study shows that “Rapamycin … Alters Natural Killer Cell Function”:

Or am I just way over my head?

When I do my monthly 5-day fast-mimicking diets, one goal is to help regenerate the pancreas a bit. During the fast, insulin-producing beta cells start to de-differentiate, and then they re-differentiate and proliferate after the fast (see Longo’s work). Can rapamycin help this partial reprogramming along during the fast? If so, I want its mTOR-inhibiting effects to be gone at the fasts’ end so that regeneration and growth can take place.

Browsing Longo’s work I find no mention of an adverse effect of NK cells on this kind of reprogramming, and thus I see no potential benefit of using Rapamycin (in immunosuppressive doses) for this purpose.

EnrQay, do you buy the Prolon boxes or do you have your own protocol? I originally did several cycles with Prolon but found the foods less than palatable (BUT I also had really good results). The more I tried replacing the Prolon with my own “do-it-yourself Prolon” with much better tasting food (Amy’s Organic soups, for instance), it seemed like the worse results I got (lost more muscle mass than fat, felt terrible, didn’t seem to get into ketosis, etc).

I did try Prolon once, but it was too processed and too high carb for me. The point of the diet is to restrict calories and protein while getting you into ketosis; at the same time, they wanted to make the food palatable to most people by having the carbs higher than I am used to. The exact macronutrient ratios used are not as important as these goals. So I always make my own meals, reducing the carbs and replacing them with fat. I get the calories and protein very close to the prescribed amounts.

I’ve had no problems with muscle loss over the years of doing this. I lose a couple of pounds of fat and 3-4 pounds of water/intestinal-content weight during the fast, but that is quickly regained. I think some days are difficult on any fast, and it can affect my energy level and sleep on some days, usually days 2 or 3 of the five days.

Re ketones, have you actually tracked your ketone levels during an extended fasting session, Prolon or other? Curious how high a level you typically get to?

Ketone production is a metabolic byproduct of fasting, but is it the ketone “signalling” per se, or the other pathways Longo is suggesting (autophagy, AMPK, IGF-1, mTOR), ergo, the classic pathways of full on CR, that are the root benefits?

There is a large database of ketones being signalling/anti-aging metabolites on their own (outside this forum).

With my ketogenic diet/single meal per day, I’m in mild ketosis all day until my single meal, getting to 1.5-2 mmol/L at 23 hr mark. I’m sure I’m triggering some of these pathways, but to what degree.

Btw, I know you’re trying to improve your pancreatic beta-cell function with these extended fasts/hormetic stressors, any progress?

During my normal diet, my ketones are between 0.5-1.5 mmol, while toward the end of the fasts they are 1.5-3.0 mmol. I have no idea which of the pathways are most influential on tissue and immune regeneration, but I’m guess it is not ketones since I’m almost always in ketosis. Ketones can modulate the immune system for the good, but I don’t think they are involved in the autophagic and apoptoic pruning of the immune system that you have in fasting.

Yes, I think the fasts have been good for my beta cells. First, there is no progression of my diabetes over its 5.5 years, and I am using slightly less insulin with more stable blood sugars than I was a couple of years ago. I’ve always maintained a good A1c=5.3 after getting down from my initial terrible 10.5. I’m hopeful of further improvements with continued fasts and rapamycin.