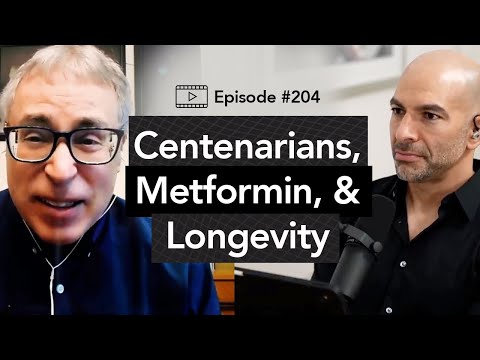 Great episode - worth the full listen.

Thanks for sharing. Indeed, epic interview.

Dozens and dozens of rabbit holes, nothing new. Centenarians have more good genes than absence of bad genes.

Dr. Barzilai stated that NAD+ precursors may not help. He says there was no evidence in humans that the precursors do anything positive. In one of Dr. Peter Attila’s recent videos, Dr. Attila is also unconvinced. He said his current view of the precursors is “meh”.

I was a little under whelmed with the interview. I was particularly struck with Nir’s evasiveness on the topic of Metformin and exercise inhibition.

Is he still pushing for the TAME trial to launch? I think it’s 7 yrs and counting.

Yeah, Attia sort of pestered him on metformin/exercise blunting…I think Barzali’s final stand was “at least the muscles are mitochondrally younger”?

One of Nir Barzilai’s comments that I found interesting was the higher rate of subclinical hypothyroidism observed in centenarians. Apparently, having TSH levels slightly higher than the normal range (with normal range T3 & T4 levels), may have benefits from a longevity perspective.

Some papers on this:

The aim of the present review was to summarize knowledge about thyroid hormones (THs) and longevity. Longevity is a complex multifactorial phenomenon on which specific biological pathways, including hormonal networks involved in the regulation of... 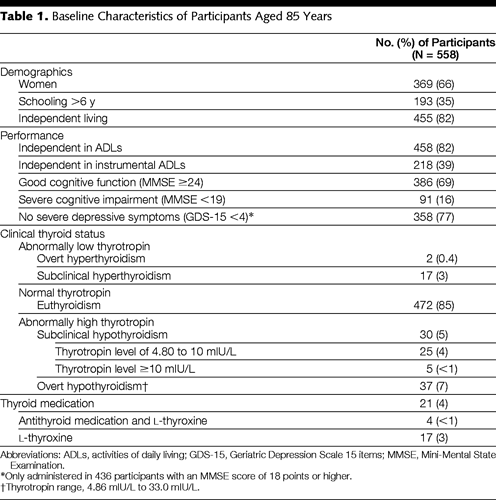 Thyroid and aging or the aging thyroid? An evidence-based analysis of the...

Thyroid hormone production, metabolism, and action change with aging. The reference ranges for serum thyrotropin and thyroid hormones are derived mainly from younger populations. Thus, the prevalence of subclinical thyroid dysfunction is increased...

Few studies have included subjects with the propensity to reach old age in good health, with the aim to disentangle mechanisms contributing to staying healthier for longer. The hypothalamic-pituitary-thyroid (HPT) axis maintains circulating levels of...

Circulating Thyroid Hormone Profile in Response to a Triiodothyronine...

Members of long-lived families have neither higher T3 turnover nor diminished negative feedback of T3 on TSH secretion. The cause and biological role of elevated TSH levels in familial longevity remain to be elucidated.

Genetic Predisposition to Elevated Serum Thyrotropin Is Associated with...