Meals before sleep are usually bad but what if you just SGLT2 inhibit their effects?

Very interesting idea. I think you may be right. It would be good to get a ketone monitor and test the theory out. 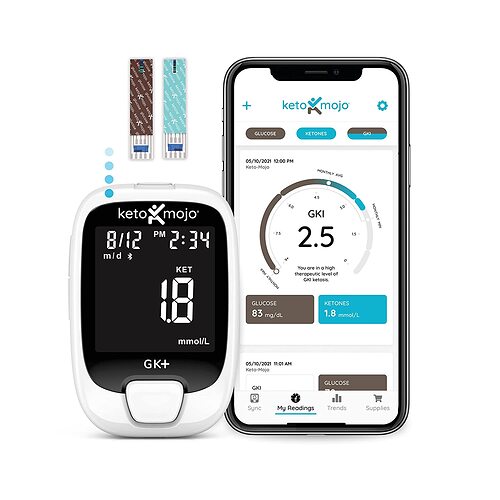 SGLT-2 inhibitors do increase dehydration and urination, which may not be best for before sleep I guess.

However, I have taken SGLT-2 in the evenings before dinner when higher carbs were involved. Given their long half-lives maybe the time you take is less of an issue unless you’re taking a lower dose.

What do you make of using some amount of carbs for dinner to promote serotonin production?

Brief answer, no.
No way that they can simulate fasting since you will be eating other nutrients except carbs and those will register as food, obviously…
Also, the glucose does hit the blood stream where it produces effects…

An SGLT2 inhibitor will inhibit glucose re-uptake from the urine, so the glucose will be eliminated, but only AFTER it has passed through your blood. The overall effect is that that peak glucose after a meal high in carbs will last less, but it is NOT removed. I can vouch for this from personal experience - if I eat a piece of cake my blood sugar gets exactly as high as it does without SGLT2 inhibitors. The difference is that the peak will last less longer than without SGLT2 inhibitors. Or in other words, the drop back to normal is much faster - maybe a few hours instead of a full day without the 'gliflozin. As a result, the average BG over a period of time is lower under SGL2i then without them.

Also from experience, the increase in urination does affect sleep, that is why I only take them in the morning. I try to avoid carbs in the evening, but If I do eat some then I hope the effect on serotonin that was mentioned will have some benefit

I use 100 mg Acarbose before taking carbs day or night. Works great

Do you mean taking Acarbose before sleep?

That sounds an interesting idea

Same. It’s a pity that it only works against starch

The SGLT2 will help keep blood sugars from spiking or keep it low but it won’t mimic the effects of a fast. I recently got a Freestyle Libre to track blood glucose levels for 2 weeks. I got a baseline for 3 days and took a half tablet of Dapagliflozin yesterday. With a carb-heavy lunch of pasta and rice with dinner I’ve noticed that blood glucose doesn’t go above 140. The average glucose level dropped from an average of 105mg/dl to 98mg/dl. It has also increased my urination rate and had to get up in the middle of the night to pee. I would take Metformin at night if you want to stimulate a fast.

How high did it use to go?

I never noticed an increase in urination with SGLT2…

Interesting, you probably have better insulin response than me - I notice high spikes, just the same as I do without Dapagliflozin. But I just used simple glucose measurments, every 30 minutes or so, I don’t have a CGM.
It would be interesting to know what kind of spikes you get without Dapagliflozin on a similar carb load.

I get terrible gases from Acarbose so I stopped taking it. Indeed, the effect on blood sugar is good, but I couldn’t stand the gases, which lasted for days after. 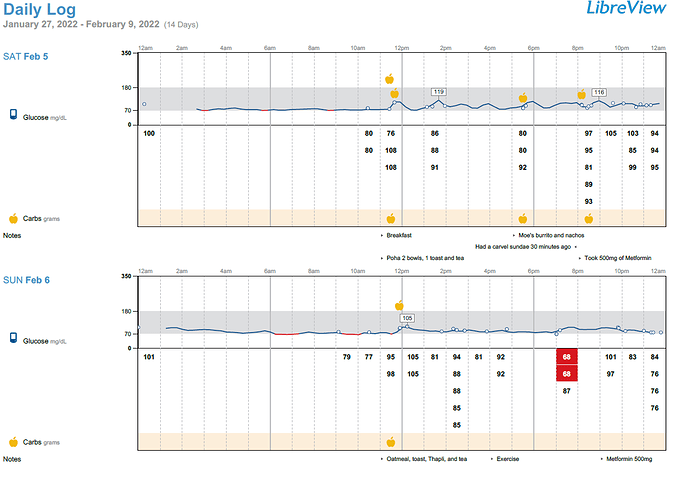 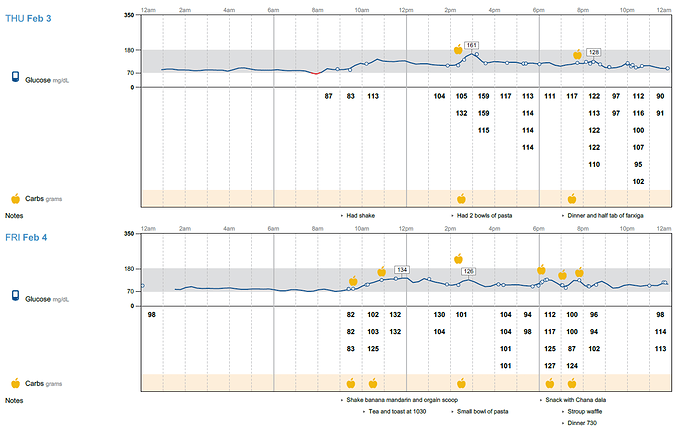 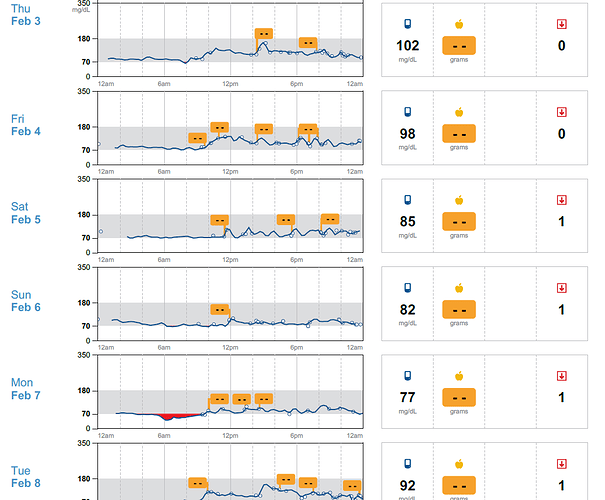 This looks great - so during this period you were taking what doses of which medicines (Cana? Acarbose?)

Ah - I just noticed that when I “mouse over” your images I can see the file names and it has the medications, or “revalues” identified. Thanks!

It looks like I peak around 180 postprandial. I used a Libre CGM about 2 years ago and max peak postprandial was around 200. On 2/5 I purposely had a larger dinner to see if there was any impact as well as a large sundae and the max was under 120.

I took a 1/2 tablet of Dapagliflozin which is approximately 5mg in the evening 2/4-2/6 and took 500mg of extended-release Metformin on 2/5 and 2/6. The combination was definitely synergistic in lowering blood sugar levels and persisted for a full day after stopping.

The effect of morning versus evening administration of empagliflozin on its...

Background: Empagliflozin is an SGLT2 inhibitor approved for use in patients with diabetes mellitus type 2 (DMT2) with or without other cardiovascular disease. Empagliflozin is taken once daily without rationale on the optimal timing for...

found this interesting in regards to timing of taking

Beano will cut side effects of acarbose substantially