So just finished my first 8 weeks of 6MG per week of Rapamycin. Blood work showed that ldl participle went up, A1c wasn’t up and liver enzymes went up. Is this typical and should o be concerned? Thanks

It is not common for LDL or A1c to go up, but it is not rare either. It might change over time. Don’t know about liver.

Can you please give the specific blood measurements you had pre and post rapamycin?

Those seem like significant changes. Unless some other intervention confounded the panel, I’d stop rapamycin and do a washout and retest (changing nothing else).

My LDL and other lipids have definitely gone up while taking rapamycin.
As to your liver. I would have to know your age and how much you drink or have drunk. Drinking has been the most common means of serious liver disease among people I have personally known. I am 81. After 8 months of taking rapamycin, my ALT went down from 19 u/L to 17u/L, so apparently, my liver function is improving.

Reference Range: 9-46 u/L. ALT is a one commonly used indicator of liver health.

Tylenol can also do it with the liver and Tylenol with any amount of alcohol can absolutely do it.

Don’t drink and very rarely use Tylenol. The only other intervention has been zetia. So so I wonder which it might be.

Ok good. So rapamycin has been associated with mild and transient elevation of liver tests which resolve on its own according to this examination of that issue 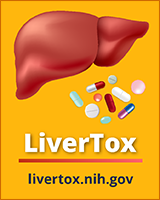 Sirolimus is macrocyclic antibiotic with potent immunosuppressive activity that is used alone or in combination with calcineurin inhibitors and corticosteroids to prevent cellular rejection after renal transplantation. Sirolimus therapy can be...

Your liver elevation is fairly mild.

My doc would not be happy with these absolute increases. Both my kidney and liver enzymes decreased taking Rapamycin, which is consistent with many studies I’ve read on Sirolimus in cancer/transplant studies. And a half point rise in A1C in only 8 weeks seems unusual too?