• Blood donation induced significant alterations in transcriptional and metabolic profiles in the skin of old mice.

• Pathways related to inflammation and collagen metabolism were dramatically changed in elderly skin after blood donation.

The improvement of skin aging by blood donation was associated with the reduction of iron deposits and the increase of TGF-β1 in elderly skin. Our results suggested that appropriate blood donation could promote collagen re-synthesis and improve skin aging

Blood donation improves skin aging through the reduction of iron deposits and...

Skin aging is characterized by a wide range of physiological and structural changes, including wrinkling, dyschromia, and roughness, as well as the re…

I haven’t found full paper access yet, but several write-ups. 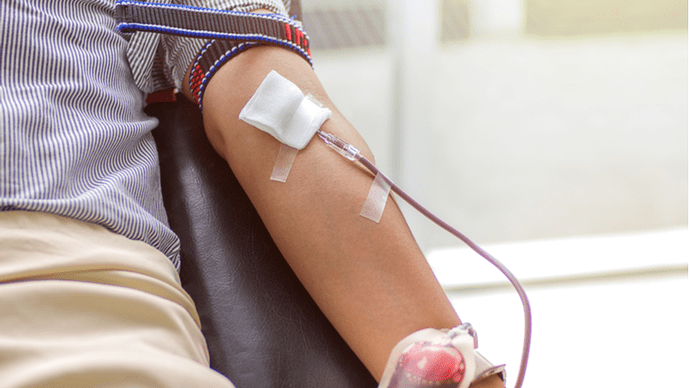 Scientists have shown that blood donation strongly affects skin aging in mice, probably by lowering the levels of toxic free iron [1]. The good bloodshed Before the dawn of modern medicine, bloodletting was one of the […]

Was interested in any further systemic benefits measured. The donation protocol for the mice was equivalent to a human equivalent of two donations per year (I read this on a Chinese portal paper summary). I donate every 8 weeks, or 6.5x/year.

“The donors became much leaner than controls, with decreased body weight and fat percentage. The researchers then analyzed changes in gene expression caused by blood donation. 63 DEGs (differently expressed genes) were identified, including genes participating in many age-related pathways, such as estrogen, mTOR, and NF-kB signaling pathways. The treatment also resulted in significant metabolic alterations in pathways involved in crucial processes such as Krebs cycle and amino acid metabolism. Levels of several metabolites that are known to protect from oxidative stress, such as glutathione, increased significantly. Blood donation is associated with many benefits, including decreases in blood pressure, lower risk of cardiovascular disease, and improved plasma lipid profiles. In our present study, we observed that blood donation had impacts on lipid metabolism with decreased body fat mass rate and liver lipid levels. Blood donation also led to improvement in skin aging. We investigated the effect of blood donation on skin aging by analyzing histological and clinical changes in old mice and observed significant increases in dermis thickness and collagen content, and reduction in the number of senescent cells in mice with blood donation, indicating blood donation improves skin aging dramatically.”

This group has other iron research papers:

“Taken together, our results indicate that iron accumulation with age can affect metabolic
patterns and the circadian clock.”

Another 8 week donation this morning.

So I chatted with the admin at the donation center some more, curious about older frequent donors.

I get the standard spiel “you are kinda low, maybe consider skipping”. I tell them mild hemochromatosis genes, under care of doc, they say ok. I have my canned answer. 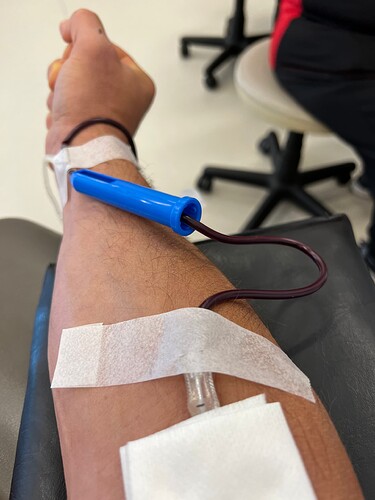 I am a true believer in blood donations outside of the fact that it is the right thing to do.
The covid lockdown prevented me from donating for over a year. I have donated once this year and will start again in August. I too want to donate every eight weeks. Once in the past, I was rejected for low hemoglobin, so that is the limiting factor in the frequency that I can donate. This is the best thing you can do outside of a whole transfusion of teenage blood.

Eat half a cow the day before to load up iron. Of course would defeat the purpose. Lol

Here is most recent breakdown of blood donors Canada. Almost half of the total donations come from donors 50+. 90% of donations are repeat.

Not associating anything to this data, just an observation that older folks don’t seem to be concerned enough with repeated donations and health that they stop donating.

This is probably great for the donors (given the benefits of blood donations) though I’m sure the recipients of the blood donations would benefit from younger donors rather than older. “Old blood” to “old people” is not the best recipe for medical success, I would argue.

From a public policy perspective - it would be a really good idea for the RedCross, etc. to actively recruit younger donors to improve medical outcomes of the people getting the blood donations. This would more easily be achieved in Canada (where there is universal healthcare, so the payer/public gets the benefits of the outcomes improvement).

I am going to guess that if you’re dying on an operating room table or need transfusions to stay alive, you probably don’t care where blood comes from?

This is for life saving, not therapeutic per se.

Yes getting younger people to donate is a great cause, but they seem more concerned with totality of blood donations, especially severe shortage during covid.

The covid lockdown prevented me from donating for over a year.

Now this might be the reason for your LDL-C going up.
I was barred from donating as my iron levels went too low (higher limits in UK compared to you guys) and this has correlated with the exact same timing as my LDL-C trending significantly higher.
I know correlation isn’t causation, but at the beginning of September I’ll be measuring a base-line of LDL-C post 2 months of a statin, and then my MD has agreed to take out 500ml of blood for the next year as if I’m a regular donor again. We’ll be measuring the LDL-C as we go. Whilst doing this I won’t be taking any statins.

One person suggests what seems to be a good idea, before donating blood … 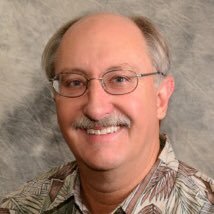